Mother, 42, who was left suicidal after taking a cocktail of prescription drugs to manage her chronic pain tells This Morning she was able to ditch all her medication after taking CBD oil

A woman who was left suicidal after taking a cocktail of strong prescription drugs to manage her chronic pain has reaveled how taking CBD oil enabled her to come off her medication.

Jade Proudman, 42, from North Yorkshire, watched a documentary about the benfits of CBD oil, which contains less than 0.2 per cent of the psychoactive substance THC.

She told This Morning presenters Philip Schofield and Holly Willoughby how she was suffering with Chronic Fatigue Syndrome, a condition that causes extreme tiredness and it doesn’t improve with rest.

But things came to a head in 2012 when she collapsed at home, experiencing slow transit gut motility, which is reduced motility of the large intestine caused by abnormalities of the enteric nerves.

Because of this she was rushed to hospital where she underwent a series of emergency surgeries and was left with a temporary stoma.

Over the next year Jade’s health declined rapidly, to the point where doctors told her husband and three sons to say their goodbyes.

Jade luckily turned a corner but struggled both physically and mentally as she was left with a daily cocktail of strong prescription drugs, such as morphine, to manage her pain, which left her with various complications.

She underwent 10 surgeries in the space of 12 months and was later diagnosed with reactive arthritis and epilepsy. 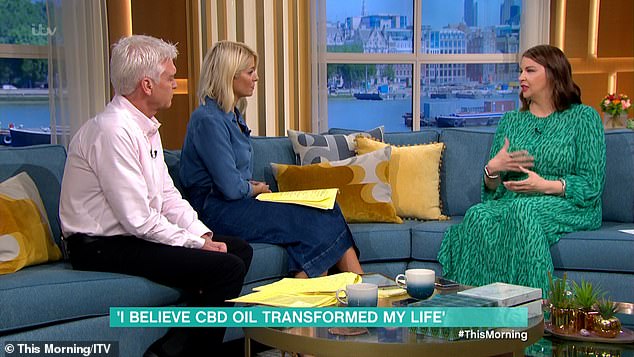 The mum-of-three said she felt suicidal after feeling ‘out of it’ around her children.

She decided to come off all her prescribed pain medication and her husband, Leslie, suggested she should try some CBD products.

The documentary had followed a then five-year-old Charlotte Figi who had Dravet Syndrome, a rare, severe form of epilepsy. 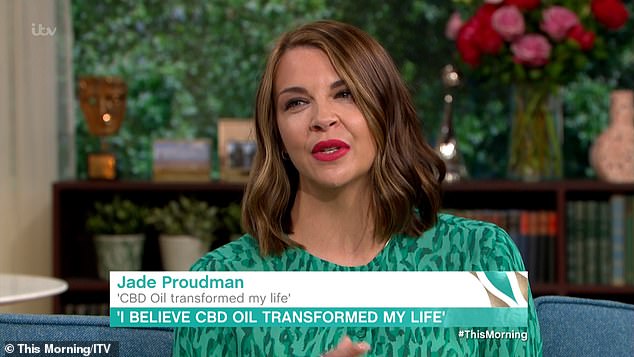 The tot went from having a few seizures a day to not having one for seven days after taking the plant products.

In 2014, the Stanley brothers founded a namesake company, Charlotte’s Web CBD, in her honour.

Despite being sceptical about cannabis beforehand, Jade thought maybe it could help her too.

Not knowing how else to access the product, Jade tweeted Joel Stanley, the creator of Charlotte’s Web CBD, asking for his help.

He got straight back to her and within 10 days a Charlotte’s Web care package was on her doorstep. 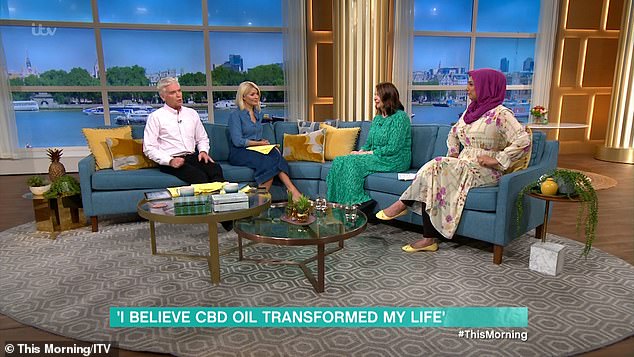 After taking CBD she said that after ’48 hours I felt like someone cleared the fog out of my head’.

She said: ‘I just felt alert and upbeat and quite awestruck about how very different I felt physically, I didn’t have anxiety.’

Jade found she was able to manage her pain without ‘reaching for’ the prescription medication that she usually took. 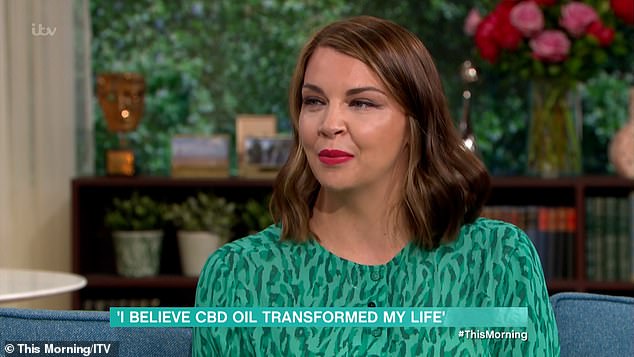 WHAT IS CBD OIL AND HOW CAN IT HELP WITH PAIN?

CBD oil is a legal cannabinoid that can be sold in the UK.

CBD contains less than 0.2 per cent of the psychoactive substance THC.

The oil has been thought to have some medicinal properties, including relieving inflammation, pain and anxiety. 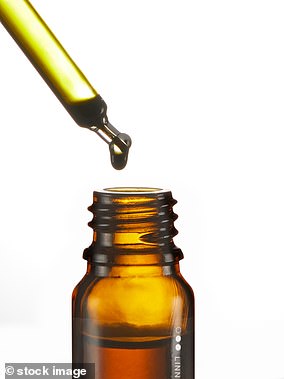 Government advisers made it legal to buy CBD supplements in 2016

The effects of CBD oil on your brain’s receptors may also help you manage pain. Studies have shown that cannabis can offer some benefits when taken after chemotherapy treatments.

Nabiximols (Sativex), a multiple sclerosis drug made from a combination of TCH and CBD, is approved in the United Kingdom and Canada to treat MS pain.

Suppliers in England and Wales have to obtain a licence to sell CBD as a medicine.

Manufacturers are able to avoid the strict regulation by selling it as a food supplement – ignoring the lengthy process of gaining a medicinal licence.

CBD products comes in many forms, the most popular being an oil – which users spray under their tongue – or gel tablets which melt slowly in the mouth.

Government advisers at the MHRA found that CBD has a ‘restoring, correcting or modifying’ effect on humans.

Cannabis oil, which is different to CBD oil because it contains THC – the compound that gives users a ‘high’ – is illegal under UK laws.

Billy Caldwell, from Castlederg, Northern Ireland, made headlines last April when he became the first Briton to be prescribed it on the NHS.

Cannabis oil, which reportedly has no side effects, influences the release and uptake of ‘feel good’ chemicals such as dopamine and serotonin.