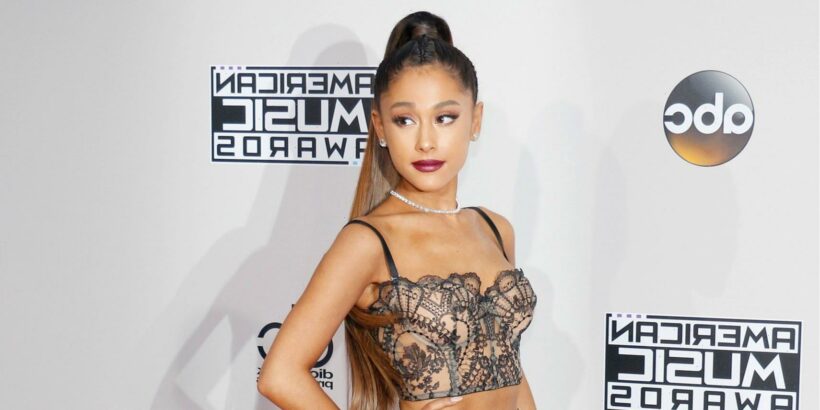 Ariana Grande began her journey towards Hollywood by working in plays from a young age. She gained recognition in America after starring in the Nickelodeon show Victorious in 2009. Within two years, people acknowledged her singing talent, and the singer signed a record label contract in 2011. She gained traction ever since her first album, Yours Truly, released in 2013 and topped the Billboard charts. Her second album was a bigger hit, with more than two singles entering the Billboard Top 10 charts. She has continued to make chart-topping music and collaborated with popular artists to expand her career. She is also a prolific actress, bagging roles in movies. She has amassed a $72 million net worth and is one of the highest-paid singers in the world.

Grande loves to spend her fortune making real estate purchases and growing her car collection. The artist, a fan of European cars, owns some of her garage’s most elegant and classy cars. Let’s take a detailed look at Ariana Grande’s car collection.

One of the oldest cars in Ariana’s collection, the actress was first spotted cruising around her Land Rover Range Rover Sport in 2014. The original iteration of the car first debuted in 2006 and has become a popular model sold by the automaker. As mentioned by Car And Driver, the car is offered in two engines: a 5.0-liter V8 that costs $79,995 and gives a 510 HP output and a 3.0-liter V8 costing $63,495 and cranking out 340 HP. The most important part of the car is the structure with an aluminum unibody that cuts 800 pounds from the car’s total weight for an easier driving experience.

The most opulent car in the collection, the Mercedes Maybach S600 oozes luxury and high performance. The 2016 model of the car came with minor tweaks in appearance and maintained the substandard of the S600 series. It is equipped with a powerful twin-turbo V12 engine that produces an output of 523 HP. The interior offers a stretched legroom with pillow-style headrests, separate power controls, and an additional hot-stone massage system built-in with the seats. Out of the many S600s produced by the automaker, only 10% of the units were sold in America, making it a rare find.

Ariana Grande has owned a Cadillac Escalade since 2014. A celebrity must-have, the Escalade has become a power statement in Hollywood for people who want to brag about their massive fortune. According to Cars US News, the Escalade owned by Grande was the 2015 model from the redesigned new generation of the luxury SUV. Featuring an elegant interior, solid reliability, and well-rounded performance, the new Escalade had changed the way people perceived an Escalade. Many experts had voted the 2015 Escalade as the No. 1 car in the luxury SUV market for 2014.

Built with passion, perfection, and power, the AMG G 63 is a head-turning car manufactured by Mercedes. Designed with the iconic G-Class exterior, it has the words V8 Biturbo elegantly integrated on the body to describe the essence of the car. The seats are designed with Napa leather, an AMG badge, and rhombus-shaped quilting. The pulsating 4.0-liter V8 Biturbo engine is a motorized dream, delivering 585 HP, as stated by Mercedes-AMG. It also has a newly developed AMG Ride Control for better power steering and comfort.

The Mercedes-Benz E-Class is the best-selling model in the automaker’s history, a stunning car, making powerful statements since 1946. It is also considered the brand’s heart and exemplifies the luxury and beauty that Mercedes-Benz stands for. The tenth generation of the model introduced in 2016 with a minor redesign and high-quality interior. For an unforgettable riding experience, the E-Class provides three steering wheel options: a wood-leather combination, all-leather steering, and a supersport version. The car is also offered in an All-Terrain edition with an edgier look and configuration to be driven off-road with luxury.

The future of automobiles, Grande owns the Tesla Model S in the shade of Pearl White. The electric car was the newest addition to her collection. The car is equipped with a dual-motor powertrain and reaches 62 MPH within 3.1 seconds, as reported by Tesla. The power peaks at 670 HP with a top speed of 155 MPH. Model S offers a cinematic experience with its 17-inch touchscreen with true colors and a York steering that self-selects the best direction for the driver. The car is a comfortable ride for three passengers at once and offers extra legroom with wireless charging and integrated storage.

Ariana Grande is selective with her cars and owns the best automobiles that offer comfort and luxury. From Mercedes to Tesla, she has a ride for every occasion. She uses her Tesla while running errands and prefers the powerful Escalade for her red carpet appearances. Grande will next be seen taking a starring role in the movie musical Wicked.

READ NEXT: A Peek Inside Supermodel Gigi Hadid’s Car Collection