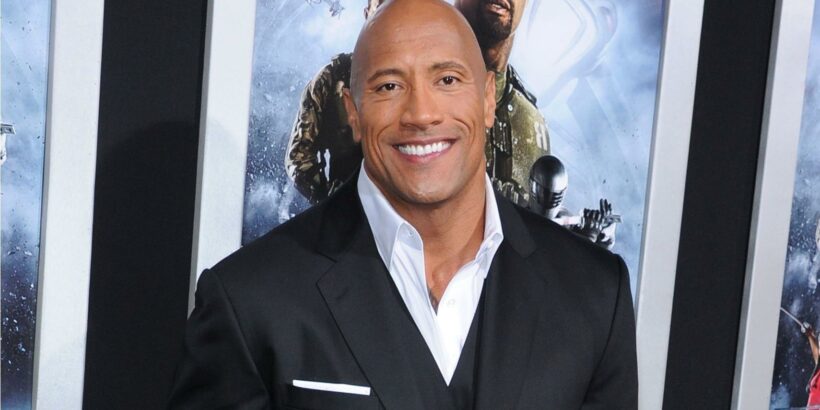 Besides wrestling and acting, Dwayne Johnson’s company, Seven Bucks Production, and various business endorsements have earned him a jaw-dropping net worth of $400 million. The star also holds the record of being one of the highest-paid actors in the world. His lavish lifestyle includes buying real estate for his family, owning private jets, and adding luxurious cars to his garage.

One of his recent purchases was a Beverly Hills mansion for $27.8 million in April 2021. The home features cozy rooms indoors and a secluded outdoors for privacy. Let’s peek at the luxuries inside Dwayne Johnson’s Beverly Hills estate.

3 A Home With A Famous Past

The newest property purchased by The Rock has a star-studded history of owners. The plot was first bought by American drummer and co-founder of the famous rock band Van Halen, Alex Van Halen, in 1993, as noted by The Hollywood Reporter. He constructed a mansion on the estate and later sold it to actor Paul Reiser, best known for his work in Beverly Hills Cop and Stranger Things. Reiser then put the house on sale for $30 million in early 2021, and Johnson negotiated $2 million off the amount before buying it for $27.8 million.

One of the most private properties in the Beverly Park neighborhood, the plot boasts a palatial Mediterranean-style compound that spans 3.67 acres of area. The estate has a primary residence where the family lives alongside a detached 2,500 sq. ft. guesthouse. As mentioned by NY Post, the long driveway is lined with mature olive trees that lead to the motor court that holds a stone fountain. The red-tiled mansion is a picturesque delight with a series of balconies, covered loggias, and turrets in every direction.

The listing was described as the complete resort due to its myriad of amenities offered. The home has a full-size tennis court, an elevator, an at-home baseball diamond for practice, and a movie theater. According to Dirt, the property has a music room installed by the first owner of the home Van Halen. The room has a sleek piano, a recording space, a plasma TV, and a surround sound speaker system.

Adjoining the kitchen is an enormous patio in the backyard covered in wood beams that offers a shaded space to sit and relax on the comfortable chairs. While the home has a stunning outdoor pool, there is also an indoor lap-lane swimming pool painted with mint green walls that have direct access to the backyard. Many idyllic trails are around the place with hidden sanctuaries that are an intriguing delight. There is also an additional outdoor space reserved for entertainment covered in mature trees and decorated with rustic brown rocking chairs and two loveseats.

1 Always Room For The Iron Paradise

Fitness has always been an essential part of Dwyane Johnson’s lifestyle. The actor has created a 40,000-pound mobile gym that carries his workout equipment while constantly working on several projects. His gym base is located in his home in Los Angeles, where he works in the Iron Paradise early mornings. Better than a sports club, it has training sessions, professional-grade machines, unilateral leg press, a commercial Smith machine, and a runway turf used for lunges, as stated by Men’s Health. His equipment is primarily from StarTrac, Hammer Strength, and Precor. These companies specialize in professional-grade and commercial machines.

Located in a coveted residency, famous neighbors include Denzel Washington, Rod Stewart, Sly Stallone, Sofia Vergara, and Eddie Murphy. When the actor is not staying in Los Angeles, he prefers to spend time at his Powder Springs, Georgia, an equestrian estate that he listed for $7.5 million in 2021. The property is located forty-five minutes from the Atlanta Airport, overlooks a pristine lake, and has a 12-stall barn with a riding arena and a vintage farmhouse. The star also visits Hawaii to show his humble childhood to his children.

Dwayne Johnson’s stunning Beverly Hills mansion is the ideal family home designed with authentic Mediterranean landscaping and encrusted archways that make the home feel like an Italian dream in the middle of Los Angeles. Located atop the mountains of Beverly Hills, the lavish estate offers the ideal privacy and seclusion the family needs.

READ NEXT: 8 Watches In Dwayne ‘The Rock’ Johnson’s Beautiful Collection