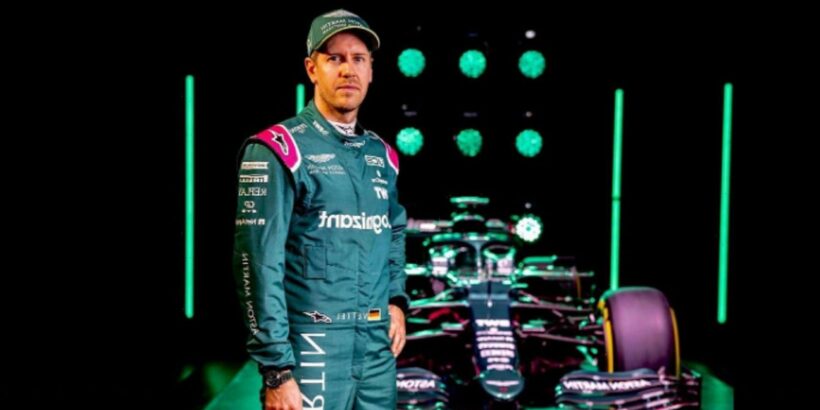 Sebastian Vettel, the four-time World Champion and sports legend is a German Formula One driver. He ruled the F1 world four years in a row and won back-to-back World Championships from 2010 to 2013 with Red Bull Racing. The accomplished driver is regarded by his fellow competitors and F1 fans worldwide as one of the best in the sport’s history. The German winner began his incredible F1 career in 2006 with BMW Sauber as the third driver. He switched to Toro Rosso the same year he set the record for the youngest point scorer on debut in 2007, which he accomplished.

In 2008, he won his first Grand Prix at Monza and was appointed the youngest pole position record. He changed teams in 2009 and raced for Red Bull Racing through the 2014 season. 2010 marked a turning point in Vettel’s career as he became the sport’s youngest World Champion. He agreed to a three-year contract with Ferrari in 2015, and that deal has since been extended to 2020.His overall net worth reflects both his success and his wealth. Although his driving salary and other endorsements account for most of his income, his remarkable automobile collection also contributes significantly to his fortune. Even while it can be challenging to assess the total worth of a car collection, the estimated value of Vettel’s collection is $13 Million.

RELATED: A Peek Inside The Luxurious Car Collection Of F1 Star Daniel Ricciardo

One of the company’s most popular cars is Ferrari F430. It was produced from 2004 to 2009 and was intended to replace the Ferrari 360 model. Pininfarina and Frank Stephenson collaborated on its design. The other notable aspect of this luxury is Ferrari’s first application of the Manettino steering wheel-mounted control knob, which was already replaced by the Ferrari 458 model in 2009. It has a reliable 4.3L Ferrari 136 E V8 engine mated to a 6-speed manual and a 6-speed “F1” electrohydraulic Manual Transmission. Vettel, fond of Ferrari, purchased a cherry red Ferrari F430 and frequently uses it in his free time. Since it is a sports automobile, as previously noted, the hero is considerably more at ease in it than in other vehicles. The price is staggering—$217,318.

A lot of celebrities own a luxury car from the Italian automaker Ferrari. They introduced the California T to the market in 2014. and was created between 2014 and 2017. It has already been replaced in the current year by the Ferrari Portofino. The opulent sport-touring Ferrari California T has new sheet metal, updated amenities, and a new turbocharged powertrain. A large 3.9L Ferrari F154 BB twin-turbo V8 engine coupled to 7-speed dual-clutch transmission is found within. In 2016, Vettel acquired this magnificent California T, which he treasures dearly. Vettel presently drives two different Ferrari models. F430 and California T. The California T with a base price of a whopping $231,606, and we can only believe that someone with a net worth like Sebastian Vettel could afford such pricey run machines.

Since 1954, Mercedes has been producing grand category touring cars under SL. The 300 SL was the initial SL-designated vehicle. The SL moniker was created by the Germans, but Max Hoffman, an American importer, was the one who first used it. The SL65 is a modified version of the fifth generation of the SL Mercedes line, with a 6.2 L V6 engine and a 7-speed automated transmission that produce 518 horsepower. A limited-edition vehicle with a V12 engine, a fixed top made of carbon fiber, front fenders, the hood, the trunk lid, and the front and back aprons. When this series was just getting started in 2009, when Sebastian Vettel won the Abu Dhabi Grand Prix, he was given this stunning black car. It contained unique features and was regarded as one of the best automobiles. It was produced between 2008 and 2011. It costs a whopping $222,000

A post shared by Infiniti FX Vettel Data Base (@infiniti_fx_vettel)

Only 150 limited edition Infiniti FX Vettel vehicles were produced to commemorate the champion’s double World Championship victory in 2011. Back in the day, when Vettel was racing for Red Bull Racing, and it was powered by Renault engines, the story began. Nissan and Renault share a home, and Nissan owns Infiniti. As a result, a special edition bearing his name was released to honor his double world victory. It feels like a monster since it is so enormously large and massive. The FX Vettel accelerates from 0 to 100 km/h in 5.6 seconds and has a 420PS naturally aspirated 5.0-liter V8 engine.

Although it might not be considered an “ideal sports vehicle,” this opulent SUV offers several other qualities that will catch your eye. Because Vettel was explicitly asked to shape it, the rear diffuser features an F1-style foglight in the center, and the front wing is wavy like his race car. This FX costs $118,780 instead of the standard $69,225 since it has unique touch from Mr. Vettel, a world-class racer.

The car manufacturer who also introduced a limited edition watch launched Aston Martin Vantage which has a 4.0-liter V8 engine cranks 503 hp and 505 lb-ft of torque. This can go up to a speed of 195 mph and can go from 0 to 60 mph in 3.6 seconds. Price-wise, the Vantage is more expensive than $153,000.