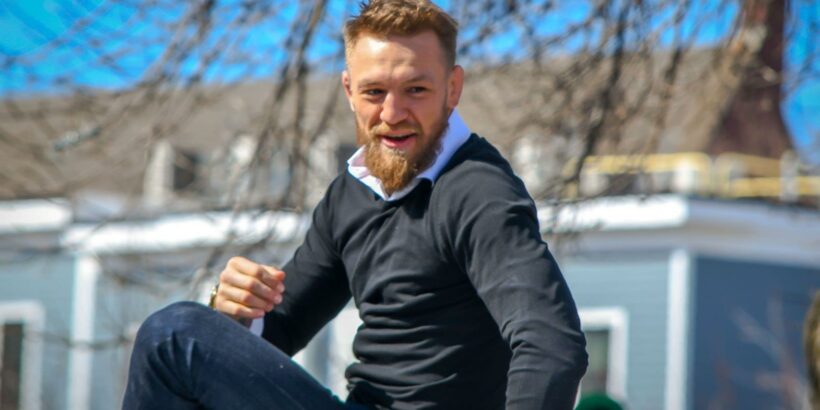 Hailing from Crumlin, Ireland, Conor McGregor had excelled at sports since he was a child and found his calling at 12 when he started training in boxing. During his early training years, McGregor was a plumber’s apprentice who met UFC Fighter Tom Egan, who began training him. At 18, McGregor made his UFC debut and won the match in the first round, securing a position as a promising player. After signing a multi-fight contract with UFC, Conor McGregor developed his fighting skills in various combat formats to become indestructible. While he made $5 million playing his first match against Chad Mendes, his biggest payday occurred in 2017 when he fought Floyd Mayweather and made $100 million.

As one of the most famous faces in UFC, Conor McGregor has amassed a $200 million fortune from his match paydays and brand endorsements. The mixed martial artist loves to splurge his net worth on buying expensive cars, exotic vacations, and real estate. With homes spanning different countries, let’s look at Conor McGregor’s incredible real-estate portfolio.

While Conor McGregor travels worldwide for his matches, it is no surprise that he purchased an abode in his home country of Ireland. Previously owned by the son of Taoiseach of Ireland Albert Reynolds, McGregor splashed $2.5 million to buy the estate in 2019, as noted by The Sun. Dubbed The Paddocks, the home is located west of Dublin in County Kildare in an exclusive and gated community, Ladycastle at K Club, best known for hosting the 2006 Ryder Cup. The property features five bedrooms and six bathrooms and is a stunning example of Irish architecture.

Upon entrance, the eyes are drawn to the crystal chandeliers and the layered staircase that leads to the bedrooms on the upper level. The living room and kitchen are combined into an ample space for ease of movement. The kitchen features marble countertops, a mini wine cellar, and a fridge as a part of the kitchen island. Additionally, the dining room has an eight-seater table for big family dinners, while the gaming room is equipped with a billiards table and video games. The spacious backyard has manicured lawn with matured trees around the edges. The gated community has a state-of-the-art gym and also offers horse riding lessons. McGregor and his family often spent their Christmas breaks at the Dublin home.

As the weather in Ireland cannot be suitable all year round, Conor McGregor has another property in one of the most vibrant European countries, Spain. Purchased in 2018 for $1.6 million, the Spanish villa is the perfect getaway to enjoy the summers. According to Irish Mirror, the home is located in The Heights, a gated community on the La Resina Country Club Estate in Marbella, Spain. Known as the Superstars Cul-de-Sac, many famed athletes have their homes at the La Resina Country Club, including ex-Spurs star Steven Carr and Denmark’s soccer goalkeeper Thomas Sorensen.

McGregor’s home offers stunning views of the Mediterranean and the African coastline from every direction of one of the eleven exclusive villas. The charming home is decorated in neutral shades of beige, cream, and white and features wood furniture and high ceilings. The ground floor has a gym and a customized home spa directly accessed from the bedroom. The infinity pool offers soaring views of the sunsets and sunrise along with the sea, as stated by the Independent. Additionally, the open space dining area overlooks the sea, and McGregor has also installed a hot tub on the estate.

As Conor McGregor has most of his significant fights in Las Vegas, it is clear why he purchased a lavish estate in Sin City. McGregor nicknamed his most extravagant property the Mac Mansion after buying and renovating it in 2015. The primary residence spans 12,000 square feet of area and is a mere 15-minute drive from the Vegas Strip. Featuring massive seven bedrooms, each room has an en-suite bathroom. Additionally, as mentioned by The Things, the Mac Mansion has a three-floor elevator that opens directly onto the Master Suite and a 50-foot infinity pool McGregor uses for training.

Additional amenities in the home include a massive spa that can fit ten people at once, a golf course in the back garden, and a ten-car garage to store his prized automobiles. The property has an al-fresco dining area for an outdoor setup, while the sauna, gym, and game room are located indoors. Two of the home’s unique features are a marble jacuzzi and a waterfall. As the property is located in the Sunrise Mountains, it offers staggering views of the surrounding mountains and the Vegas View desert.

READ NEXT: A Peek Inside Kendrick Lamar’s Stunning Car Collection