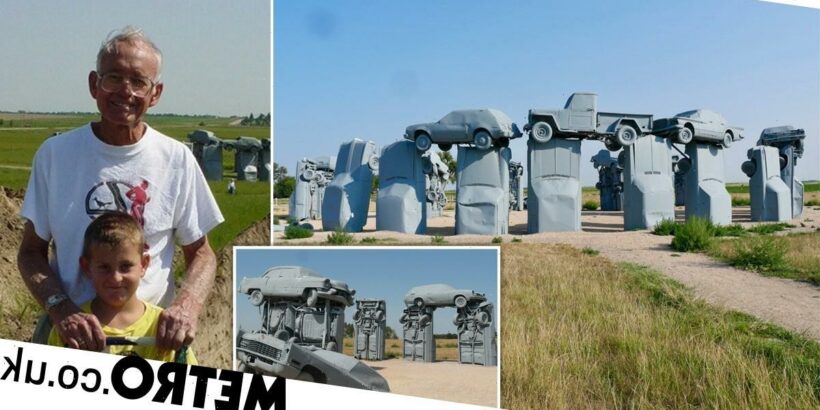 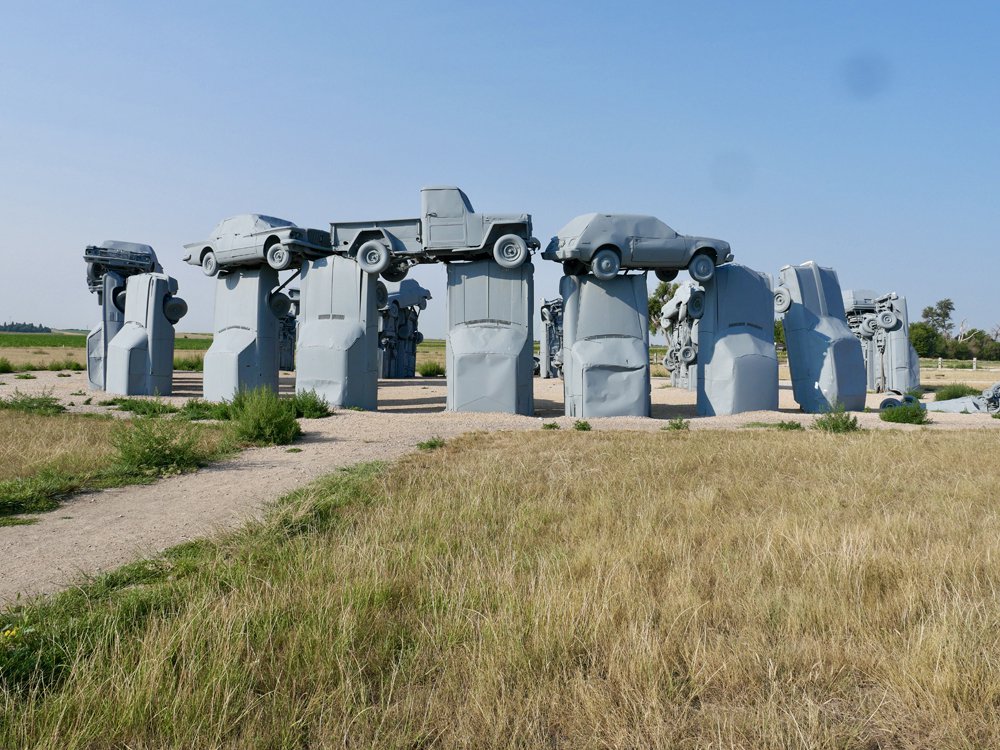 Have you seen Stonehenge? If so, Carhenge might be the next attraction to add to your must-visit list.

That’s a Stonehenge replica made out of old cars, and it’s become a celebrated tourist attraction in Nebraska, US.

The monument was dreamed up by the late WWII veteran Jim Reinders Senior and built at a family reunion, his son, Jim Reinders Junior, 72, says.

He said his father, who died in October aged 94, passed away happy knowing his creation had become a well-loved attraction in his home town.

Carhenge was built over the course of a week at a Reinders family reunion in 1987 and cost a total of £30,000.

‘There were over 30 of us building Carhenge together and everybody seemed fairly excited about it,’ Jim said.

‘We also had a 40-man army tent that we set up for sleeping and cooking and shelter from the elements while we worked.’

At first, the monument was looked down on by neighbours and the local authorities.

The town authorities made an official complaint, first because the structure was built on land allocated to agriculture use.

Then, the State of Nebraska’s attorney general’s office alleged they had built an ‘unauthorised junkyard’.

But it wasn’t long before this unregistered ‘junkyard’ was attracting tens of thousands of visitors.

Jim said: ‘It took a couple of years to gain some notoriety and acceptance. At first people were reluctant to wander onto other people’s property.

‘But within three or four years, we were seeing 50,000 or so people stopping by to have a look.’

When Jim and his father replaced all the windows that had been kicked out or smashed by vandals with metal plates and painted the structure grey in keeping with Stonehenge, the structure was finally seen for its potential as a tourist attraction.

The family decided to donate the monument to a non-profit entity run by them and some local supporters.

They built a visitor centre and maintained the site before the council took over to manage it.

Jim Senior had always admired Stonehenge, which he saw while living in London during the 1970s and 1980s.

A particularly special moment came at the total solar eclipse in 2017, when the point of total darkness was situated directly above Carhenge – an event watched by the Governor of Nebraska that really cemented the creation in locals’ hearts.

Now Jim Senior’s amazing monument will be receiving renewed recognition in his memory, by being featured in the 2022 calendar for the Dull Men’s Club.

Jim said: ‘It was a good family gathering. It brought us together and I think it helped keep us together over the years.

‘My dad was always big on family and its a great monument to his character.’