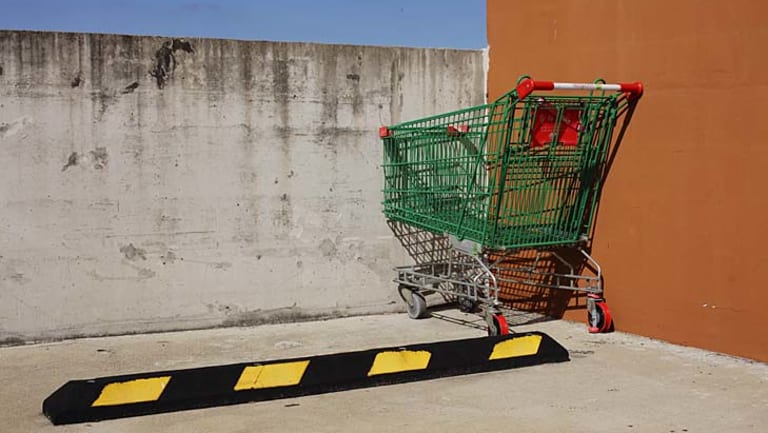 Imagine, if you will, that you're going about your day in the grocery store, waltzing around the aisles with careless inattentiveness, when all of a sudden someone begins lashing out at a row of roasted chickens near the deli counter.

The individual is standing red-faced, hands clenched on his trolley handle, and yelling — not about poultry farming – but “f–ing halal garbage”.

This isn't the first time I've watched someone fly into a public meltdown over food they don't intend to buy from brands they recognise as being halal-certified. Muslims often joke that the countless obsessive anti-halal Facebook groups, which often call for the boycott of companies and services, come in handy when they're looking to verify whether or not a product is permissible to consume according to Islamic dietary laws.

The explosive tantrums that happen in public spaces, and during televised panel debates, are about more than what Muslims consume, their religious attire, and holy days. This is about power, and who gets to be an Australian.

In 1996, Pauline Hanson’s maiden speech to Parliament warned that “we are in danger of being swamped by Asians.”

“They have their own culture and religion, form ghettos and do not assimilate,” Hanson bellowed. The One Nation leader's call to “abolish the policy of multiculturalism” has only changed slightly, in that, instead of Australia being swamped by Asians, it's now Muslims. In 2016, Hanson delivered a maiden speech to the Senate, decrying, with no sense of irony, “a foreign takeover of our land”. “Now are in danger of being swamped by Muslims, who bear a culture and ideology that is incompatible with our own,” she claimed.

Her speeches, which have been both roundly criticised and enthusiastically applauded, are now more litter in a sea of incitement against Muslims. In a short to-do list, the Australian Conservatives recently called for their supporters to mourn the fall of Constantinople, and “the Islamic takeover of its heritage”, by doing such things as watching Liam Neeson’s Taken 2, and the Bond thriller Sky Fall. “[Share] this Action Plan, post on social media with family, friends and those proud of their Western Christian civilisation and values,” the page reads.

Whether they're born in the heart of Sydney, or their car is plastered with enough patriotic bumper stickers to cause a hazardous distraction, there remains a domain of national identity that is systematically denied to marginalised communities.

The conversations that have taken place over countless decades on the subject of who isn't assimilating have been deliberately dehumanising, because the intention is to put certain people in their place, and to make sure there is a clear understanding as to who holds the power.

There is also an intentional lack of representation when it comes to these matters, and more often than not we see those accused of “swamping” Australia are rarely given an opportunity to speak to a national audience as often as hate peddlers.

In 1996, Pauline Hanson stressed that “at this stage” she did not consider “those people from ethnic backgrounds currently living in Australia anything but first-class citizens, provided of course that they give this country their full, undivided loyalty.” The way in which the Australian political class has come to define loyalty has led to every aspect of a person's existence being called into question.

Now, there's not just one man screaming in a Coles at a row of overdone chooks, but a country filled with thousands of them. And they'll tell you that it's not about these chooks, but the Australia they remember, as if calling on a pleasant memory of a John Farnham hit playing inside their Commodore.

They're right that it's not about chickens, or halal food. What they won't bluntly admit is what they mean, which is that they long for the days of a more obtrusive, and codified White Australia. Attention seeking patriotism in the grocery store, or any other public space, is an open and aggressive expression of this longing.

These discriminatory incidents are not uncommon, and more often than not we find that perpetrators are comfortable because they'll rarely be confronted with pushback from members of their own community.

In my case, I decided to say something to disrupt the rage-high this man was clearly experiencing and I did what everyone imagines they'd have the presence of mind to do: I told him to get a grip, to waltz himself over to the overflowing fridges of non-halal chicken, and to f– off. Stunned silence is all that came after, which is exactly what you'd expect from someone trying to take out their anti-Muslim animus on some rotisserie chicken.