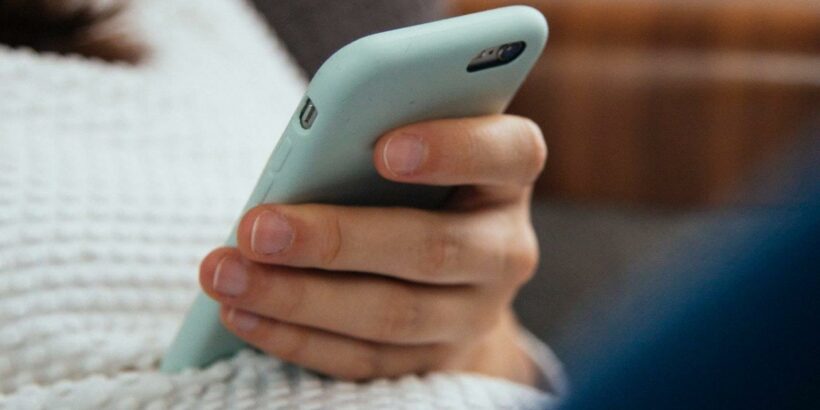 Figures show that takeaway sales have tripled as we’ve spent much of the pandemic in lockdown. Two women share their daily takeaway habits and how much it’s costing them.

If you’ve been turning to Deliveroo, Uber Eats or a takeaway menu more often than normal recently, you’re not alone.

Millions of us have indulged in meal deliveries as a source of comfort, convenience or even excitement under lockdown, with figures showing takeaway sales have tripled in the last year. And while everyone deserves the occasional treat, for many of us, takeaways have become a daily habit, one that can be hard to get out of.

“I do often get a McDonald’s breakfast, and if I go out at lunch I maybe get a kebab — it sounds so bad — but it’s mostly in the evening. I would say I probably eat takeaways six days a week or five days a week,” says Natayah Raymond, a personal assistant in Nottingham, who is a single mum to a seven-month-old.

The routine of ordering a takeaway has crept up slowly for the 21-year-old and now she is regularly ordering takeaway twice and even three times a day. “I do eat quite poorly. Lockdown did get me a bit depressed, I didn’t really want to do anything, I didn’t want to cook,” she says.

Having a young baby and a job means Natayah struggles to make time for herself. “But I think for me it’s laziness as well because when I do have the time, I want to sit and relax, I want to sit and watch Netflix or something. I don’t want to get up and be cooking for an hour or two, and then I’ve got to wash the pots after and all that. I’ve got a thing where I like a clean kitchen. I look at my kitchen and think, why would I want to make that mess for myself when I could just order a takeaway and throw [the rubbish] in the bin, and then there’s no mess.”

Her go-to meals are McDonald’s, KFC, Indian and Italian. “I would say my favourite food is chicken, especially anything spicy — because I’m Caribbean, I get Caribbean dishes all the time,” she says. That’s not always the case though, she continues: “Last week, I think I got Papa John’s three times.”

Natayah says she has put on a bit of weight and she does try not to always get junk food. She often chooses healthier options and last week she also ordered from the fairly upscale Italian restaurant Piccolino. “I ordered two prawn linguinis that cost £30,” she laughs. She estimates a weekly spend of about £70 on takeaways, but some weeks it can be more than that. “I’ve realised I’m spending a lot when I could just go to the shops and make dinner.”

It is a similar story for Emma Hull, a PR executive at Foundation in Cardiff, who spends an average of £189 a month, or £47 a week on takeaway food. This figure doubles when taking into account her partner too, which Emma points out means they are spending the cost of a city break or a new financed car every month.

The 25-year-old says: “We’re both as bad as each other and, now that we’ve found a takeaway that we really love, we pretty much get it every week. If one of us mentions going for a takeaway, neither of us have any motivation so the other one is not going to say no.”

“I think it’s because [lockdown] has gone on so long and there’s nothing else to do, it’s a kind of pick-me-up. Obviously, we’re in Wales so we can’t go to the pub, so it’s just like, what can I replace the pub with, and going out for food and the cinema — so I just order takeaway.”

At lunch, she will occasionally order from a local sandwich shop or will sometimes get Subway while she is out. “Breakfast is probably a bigger struggle for me. I have a Greggs a few doors down and obviously it’s so cheap, so it’s hard to resist a £2 baguette. McDonald’s is also hard to resist. “I’ll get breakfast [there] if I’m out in the morning picking something up or running an errand.”

Her favourite evening takeaway is a bit more unusual. “At the moment it’s Greek, we’re literally obsessed with it,” she says. “We have a nice Greek place by us but I’ve had it so much now that I’m hoping to get sick of it soon.”

During the first lockdown, Emma worked hard to become fitter and healthier but feels like she has undone it all by gaining a stone during the second lockdown. “I did feel so good last year when I lost that weight and now that I can see that it’s going backwards, it just makes me feel a bit sad.”

“The money is not really a concern for me because I’m still saving money [due to lockdown]. If I was to go on a big night out that would be £100, so to me, I’m just spending the money I would have spent anyway.”

“For me, it’s about self-confidence and not wanting to come out of lockdown and have people say, ‘Oh, she’s gained a bit of weight.’ That’s why I feel like this week I need to be a little bit better.”

Both women have already started reducing the number of takeaways they are eating. Natayah says: “I want to break out of that routine of thinking ‘I’ll just get a cheeky takeaway’.”

This is not necessarily an easy thing to do, says Paula Chance, a dietetic assistant at Guys and St Thomas’ Hospital in London, and it is not always as simple as telling yourself to stop. She says: “So it is really complex — there are obviously loads of reasons why people will be turning to food for coping mechanisms and takeaways are obviously quite a big part of that, especially because we can’t go out.”

If ordering food is driven by anxiety, whether that is about catching coronavirus, missing doing “normal” things or being trapped at home, it is important to address those feelings, she says.

“On the practical side, deleting the apps from phones can help, and then having foods available that would be more healthy. So doing bulk cooking and then having something in the fridge or freezer that can easily be heated up, because some people just don’t have the time, energy or mental space to cook every day.”

But she advises people not to focus too much on weight and not to put too much pressure on themselves under lockdown. “Being kind to yourself is really important as well, and not feeling guilty about it because that can lead to a shame spiral and then the behaviours repeat themselves.”

“Just look at overall healthy behaviours that you can adopt.”