Could it be? Did they work things out? Are Halsey and G-Eazy back together, really and truly? Well, TMZ shared photos of Halsey and G-Eazy holding hands after the VMAs on Aug. 20, but neither one of them has publicly commented on the current nature of their relationship just yet. Without knowing for sure, though, it’s probably safe to assume that things right now are complicated — and one small, affectionate gesture between exes definitely doesn’t equate to a full-on reconciliation. (Bustle reached out to Halsey’s rep and G-Eazy’s agent for comment, but did not receive an immediate response.)

On July 3, Halsey and G-Eazy announced their split after dating for nearly a year. For fans of the couple, the news came as a bit of a shock. The pair had appeared to be pretty inseparable in the months leading up to their breakup, and were spotted together as recently as June for the 2018 MTV Movie & TV Awards.

Neither Halsey nor G-Eazy ever revealed the reason behind their split, but it definitely seems like they’ve been keeping in touch. Well, sort of. A few weeks after the couple parted ways, Halsey doled out some *interesting* advice while performing in New Jersey.

"I learned recently it’s OK to be alone! Being alone is enough," she told the crowd, according to Us Weekly. "The second lesson I learned is don’t sleep with your ex." Oh. Wait. So, does that mean that she and G-Eazy … Who knows. It happens to the best of us, though. Breakups are tough. 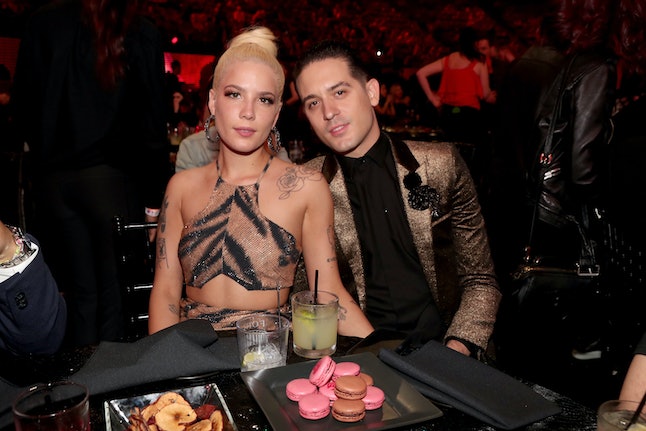 To be clear, the singer never said she was talking about G-Eazy. She didn’t say she wasn’t talking about him though, either. Regardless, some of her recent comments on Twitter make it seem like she’s definitely in her feelings lately. Not that anyone can blame her, of course.

"[M]aybe there’s a God above. but all I’ve ever learned from love, was how to shoot somebody who outdrew ya," Halsey tweeted on July 22. Hmm. Interesting. On Aug. 5, she wrote, "Wonder why I never learn," which many fans interpreted was in reference to G-Eazy. The tweets kind of come off as a little cryptic, but that’s clearly intentional. She’s never shied away from telling it like it is.

Halsey hasn’t posted anything to either Twitter or Instagram since she and G-Eazy were reportedly spotted holding hands around 4:30 a.m. on Aug. 21. To be fair, that’s pretty late — she could still be asleep at this point in the day. Or perhaps she’s seen the rumors already and is just trying to lay low? G-Eazy hasn’t posted anything to either of his social media pages either, though. Just sayin’. 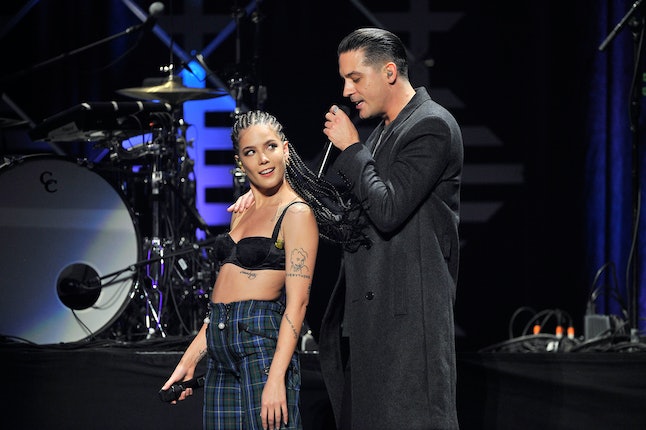 Plenty of people know all too well how difficult it can be to let go — truly let go, once and for all — of an ex after you break up. The feelings don’t just go away overnight, and sometimes giving things a second chance actually ends up working out for the best. At the end of the day, though, Halsey and G-Eazy’s relationship status is nobody’s business but theirs. Only time (and possibly Twitter) will tell.