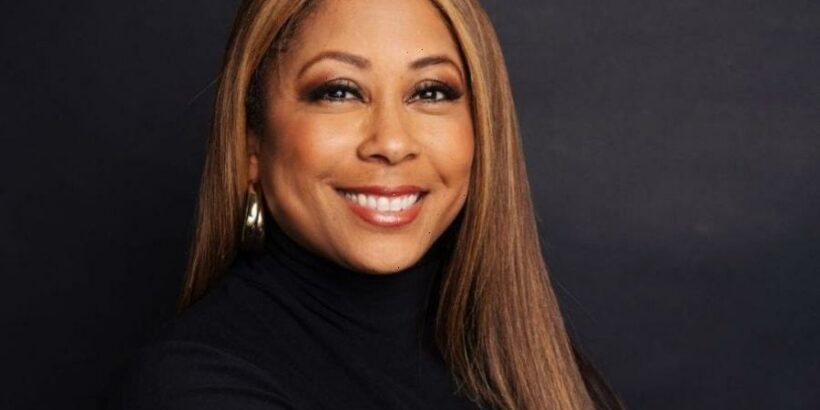 Darla Miles is an Emmy-winning investigative reporter for WABC-TV in New York City. And while she knows what it takes to get to the bottom of a story, doing the research, contacting sources, listening to people share their stories, she admits that when it came to her own life, there was so much she didn’t know when it came to fertility issues.

“I am still amazed by what I did not know about fertility. Amazed,” she tells ESSENCE. “I listened to so many people’s fertility journey. I really thought I was equipped and armed.”

But nothing could fully equip her for the journey she would end up on and continues to see her way through.

Miles met the man who would go on to be her husband in her thirties, marrying at 36. She found out she was pregnant before their big day, which threw a wrench into the original order of her plans for herself. Despite that, being pregnant was a blessing for her. However, it would be a short-term one.

“I was so upset,” she recalls. “I started spotting, went the ER, and lost that baby.”

She was optimistic that it would happen for her again, though. The journalist and her husband went on to marry and conceived a second time. However, that pregnancy would come to an abrupt end.

“I was literally in the middle of a broadcast report and I could feel it passing,” she says. “The miscarriage occurred when I was live on the air in a remote place in Brooklyn where I had no place to even go to the bathroom.”

With her second miscarriage, Miles began to feel anxiety as her 40s loomed.

“I’m advanced in age, I have an autoimmune disorder, now I have a history of miscarriage, I know that my body is instantly going to attack any embryo that starts to grow,” she says. “That window that I thought I had at 36 closed in on me like a rocket, because I was like, ‘Wait, I had all this time.’”

It didn’t happen as easily as in the past, but Miles was able to conceive a third time with her husband. She was over 40 at that point, but things were going well and she was over the moon with joy.

They continued to be happy as they went to appointments and heard the baby’s heartbeat. But by the third checkup, it was no longer audible.

“I just remember my husband was so devastated,” she recalls. “He said, ‘There’s an emergency. I really need to get to the office.’ I knew there was no emergency. I knew he needed to go grieve on his own and I let him go grieve because men grieve equally, if not more than women, especially when you have an African-American male who wants to be that strong provider and the head of that African-American family like that. Some men, that’s all they want. And that’s what my husband wanted. And I actually couldn’t even grieve for myself because I felt guilty. I felt apologetic because I knew how much it had hurt him.”

Before Christmas of that year, she would go in for a D&C procedure to remove the tissue from the pregnancy. Soon after, they would face another devastation. As she healed at home, her husband by her side, what started off seemingly as a headache for her husband quickly turned into a medical emergency.

“There was just something dancing about his eyes. And it put me into high alert,” she says. When he tried to stand up from their bed, he fell, hitting his head on a bedside table. They would find out that he had a stroke, and for a time, was paralyzed on the left side of his body. During that time, doctors believed that a blood clot formed in his left leg, which couldn’t be felt, and that it traveled to his lungs.

“He went into respiratory distress and his heart stopped. And because of his weakened state, they were not able to revive him,” she says. It happened three weeks after his stroke.

Miles would find herself grappling with a grief in a profound way. She’d not only lost another pregnancy, but her husband. Her best friend. In addition to that, she’d lost the ability to have his child. Because they didn’t want to be a couple obsessed with fertility and the what-ifs if they found they weren’t able to get pregnant, he didn’t have any specimen saved. 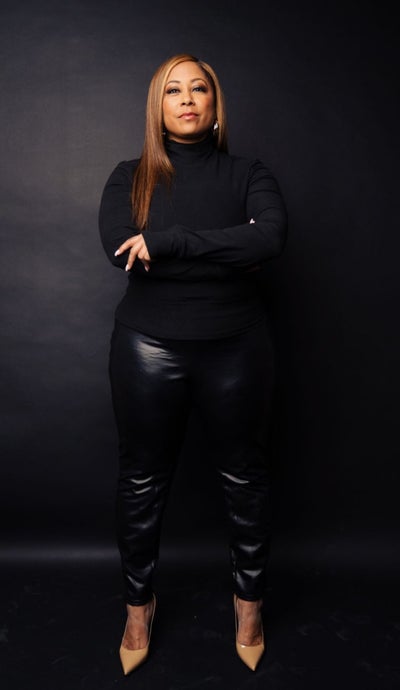 Her plans had completely changed and for a time, she had no choice but to just deal with it. From 2014 until 2020, time passed and she didn’t think much about having a family, at least one on her own. And then something changed. She required a lumbar fusion surgery in 2020 and was told that she couldn’t try conceiving for a year. She felt robbed of something she hadn’t been active about for quite some time. Miles was left wondering what was going on with her eggs and it reignited her efforts to have a child. How though, she wasn’t so sure.

“I knew I always wanted to have children or adopt. It’s complicated,” she says. “I just wondered, how do I do this? Do I wait for a husband? Do I go to a sperm bank? Do I go to an egg donor?”

After speaking with her girlfriends, she was encouraged to try freezing her eggs. The last time she thought about that route, around the age of 41, she found herself being discouraged by her doctor at the time. She was told she was “too old” to freeze, even though she was still having a period.

“I was going to a topnotch doctor. So I just took it as fact,” she says. “It’s weird. I am an advocate every day at work. Everybody knows that I’m a beast in the field. And I’m even that same beast with other health issues. For some reason, I did not have that tenacity when dealing with my own fertility because I still always felt uncomfortable, I always felt uneasy. It was a touchy subject.”

But her friends encouraged to seek a second opinion. A woman she knew froze her eggs and was able to conceive at 50, so hope creeped back in and before she knew it, Miles sought out that second opinion. Instead of telling her how little her chances of success were, like her previous fertility specialist had done, she was told, “It doesn’t hurt to try.”

She says this doctor, at the New Hope Fertility Center in NYC, is “amazing,” and because he hasn’t given up, she certainly won’t.

“Now that I have been able to do retrievals and preserve some eggs, what bothers me is not trying. What bothers me more is just saying, ‘We can’t do it,’” she says. “So even if all of this is fails, I will have peace of mind that I executed all of my options. What made me feel helpless before was that I was told I had no options when I felt like there should have still been options. So no is just the first answer, not the final answer.”

There are questions still to be answered, (like, will she obtain a surrogate?) but as she continues the egg freezing process at almost 50, she’s optimistic.

“When my husband passed, the most comforting statement that was made to me was, ‘You know what? Sometimes life just sucks.’ And when it comes to dealing with outcomes that are not part of your plan or not what you would hope for, embrace that it does not work your way, but that, again, it’s not the final answer. Never give up. Never surrender.”