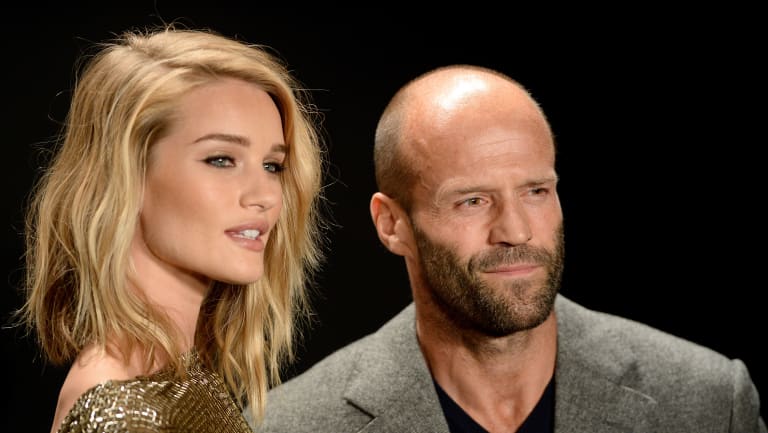 Model Rosie Huntington-Whiteley, who turned 31 last week, and actor Jason Statham, who turns 51 in July, have a 20 year age gap between them.

Romantic couples with a large age gap often raise eyebrows. Studies have found partners with more than a ten-year gap in age experience social disapproval. But when it comes to our own relationships, both men and women prefer someone their own age, but are open to someone 10-15 years their junior or senior.

So does age matter? And do couples with large age gaps experience poorer relationship outcomes?

Across Western countries, about 8 per cent of all married heterosexual couples can be classified as having a large age gap (ten years or more). These generally involve older men partnered with younger women. About 1 per cent of age-gap couples involve an older woman partnered with a younger man.

The limited evidence on same-sex couples, however, suggests the prevalence rates are higher. About 25 per cent of male-male unions and 15 per cent of female-female unions demonstrate a large age gap.

Many of the reasons proposed for age-gap couples have been largely rooted in evolutionary explanations, and focus on explaining older man-younger woman pairings.

It's thought men’s preferences for younger women and women’s preferences for older men relate to reproductive fitness. That is, the extent to which someone has “good genes” – indicated by their attractiveness and sense of energy  – and the extent to which they are a “good investment” – indicated by their status and resources as well as their warmth and sense of trust.

Although men and women place importance on a partner who is warm and trustworthy, women place more importance on the status and resources of their male partner. This is largely because, with women being the child bearers, the investment is very high on their behalf (time and effort in child bearing and rearing). So they are attuned to looking for a partner who will also invest resources into a relationship and family.

But because the building of resources takes time, we tend to acquire resources later in life and so are older by the time we have acquired enough wealth and resources to comfortably provide for others. So, women’s attunement to status and resources might explain why some women may be attracted to older men.

In contrast, there’s evidence to suggest men value attractiveness and vitality more than women because, from an evolutionary standpoint, youth is seen as an indicator of fertility.

But the evolutionary explanation is limited in that it doesn’t explain why the reverse occurs (an older woman-younger man pairing), or why age gaps exist within same-sex couples. For this, socio-cultural explanations might provide insights.

With more women working, in higher positions and being paid more, they no longer have such a reliance on men for resources. So fewer women will prioritise resources when looking for a mate.

As for same-sex couples, there’s very little research. Some suggest a lack of, or a reduced pool of, suitable age-similar mates may bring about same-sex coupling with large age differences.

Many people assume that age-gap couples fare poorly when it comes to relationship outcomes. But some studies find the relationship satisfaction reported by age-gap couples is higher. These couples also seem to report greater trust and commitment and lower jealousy than similar-age couples. Over three-quarters of couples where younger women are partnered with older men report satisfying romantic relationships.

A factor that does impact on the relationship outcomes of age-gap couples is their perceptions of social disapproval. That is, if people in age-gap couples believe their family, friends and wider community disapprove of their union, then relationship commitment decreases and the risk of break-up increases.

These effects appear to apply to heterosexual and same-sex couples.

Another factor at play may have to do with the stage of life each partner is experiencing. For instance, a ten-year gap between a 20-year-old and a 30-year-old may bring up different challenges and issues than for a ten-year gap where one partner is 53 and the other is 63.

The success of a relationship depends on the extent to which partners share similar values, beliefs and goals about their relationship; support each other in achieving personal goals; foster relationship commitment, trust and intimacy; and resolve problems in constructive ways. These factors have little do with age.

Disclosure statement: Gery Karantzas receives funding from the Australian Research Council. He is also the founder of www.relationshipscienceonline.com.

This article was originally published on The Conversation. Read the orginal article.