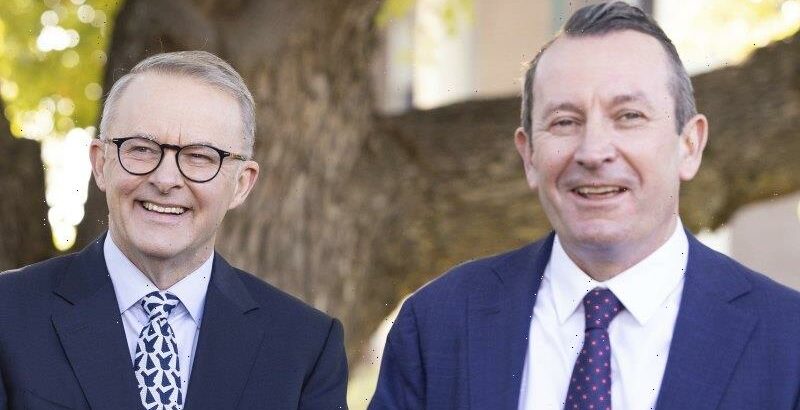 Election nights in Western Australia have not always been dramatic events. With polls closing two hours later than the rest of the nation, often the national picture is already emergent by the time the final ballots are cast here.

For the past half dozen elections, those ballots have been cast solidly in favour of the coalition, with the big state acting as a blue ballast and buffer. 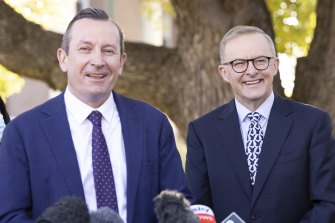 At this election, we thought the road to the Lodge would run through WA.

Sandgropers again bucked the national trend, but this time swung hard towards Labor and Anthony Albanese.

That road was cleared, graded, paved and marked by Mark McGowan.

In two elections, 14 months apart, he has transformed the Labor brand in the west and obliterated the WA Liberals.

When Kevin Rudd proposed a mining tax, WA Liberal senators Mathias Cormann and Michaelia Cash would parade around the suburbs of Perth with some poor staffer dressed up in a life-sized cow costume.

It symbolised how Labor saw WA as merely “The Cash Cow” – they didn’t “get WA”.

In the west we thrive on our separateness from the rest of the country. Talk of secession is always overblown but certainly the view is that we are misunderstood by the Canberra/Sydney/Melbourne axis.

Labor is now the party that “stands up for WA”.

This was once the undisputed turf of the WA Liberals, a Liberal senator observed before polls closed on Saturday.

“We have lost the pro-WA status in voters’ minds, it is remarkable,” the senator said.

McGowan is the man who has seized it, using pandemic politics to turbo charge it.

People forget that in March 2020, the WA premier didn’t want to shut the border.

He was basically begged to do so by the powerful doctors lobby and put under pressure by the opposition in Parliament, but initially resisted, arguing it would be hugely disruptive to the economy, the supply of goods and services, medical treatments and families.

“All I’m saying is that although it might superficially sound like an easy thing to say or do, there would be severe implications for all Australians and all West Australians were we to attempt such a measure,” McGowan said in Parliament on March 17, 2020.

Amid the rising public panic, two weeks later, the border to the east was closed and his popularity and authority went into the stratosphere.

At each stage McGowan has played Morrison and the Libs off a break.

Scott Morrison never liked the state borders and at the time repeatedly emphasised that they had never been recommended by the chief medical officer Brendan Murphy.

When Clive Palmer threatened a constitutional challenge in mid-2020, Morrison and senior WA Liberals Cormann and attorney-general Christian Porter decided to weigh in on the case.

They framed this as necessary and routine in a case of constitutional importance, but McGowan weaponised the issue instantly.

Over the following months McGowan uttered a similar form of words almost daily.

Cormann and Porter eventually got the message but the damage was done.

In March 2021 McGowan won an historic state election victory that reduced the Liberals to two seats; 14 months later the party is staring at zero Federal seats in metropolitan Perth.

Labor ran a local messaging strategy in WA, linking Morrison to Palmer while saying the Prime Minister couldn’t be trusted to look after the west.

At every polling booth on Sunday, Morrison’s face was plastered next to Palmer’s.

Anthony Albanese was smiling with McGowan, and would “stand up for WA”, our “partner” in Canberra.

At each stage McGowan has played Morrison and the Libs off a break.

He is the beneficiary of the GST deal delivered by Morrison and has been showered with Commonwealth infrastructure cash, boosting his projects and his record surplus budget.

This the other key way he has transformed the Labor brand here: his example showed that Labor could in fact be trusted to manage the finances.

WA is also different on the key national security question of China.

If sabre rattling was working in the eastern states marginals (and it is not at all clear that it was) it certainly did not play well in the west, where so many jobs and so much prosperity depends directly on Chinese demand for iron ore.

McGowan took aim at Peter Dutton directly, calling his rhetoric “insane” and urging behind-the-scenes diplomacy in a departure from the convention that state leaders stay out of foreign affairs.

It was extremely unusual for the Prime Minister to spend the final day of the campaign in Perth and in retrospect, it was a desperate Hail Mary. They must have known they were toast.

Much will be said about Morrison’s legacy as regards the moderates who were swept away by the teals – and that happened in Curtin, the former seat of Julie Bishop, too.

But he also leaves behind the charred ruins of a WA Liberal Party that has no money, and no presence in metropolitan Perth (and not much in the regions). Where do they even begin to rebuild?