The supermarket chain will be unveiling its "Specially Selected Three Little Pigs wrapped in bacon" Christmas creation in shops from 6 December. 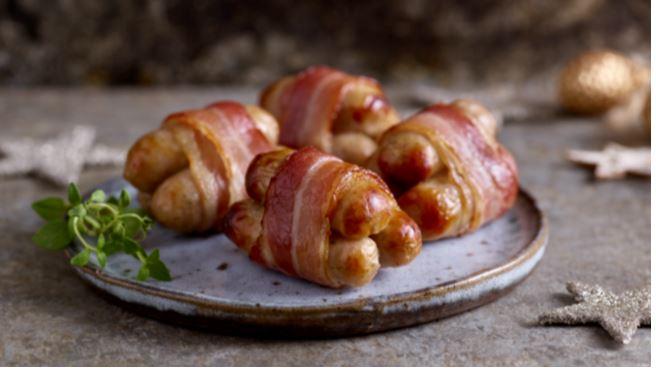 But the three pigs have got some people in a huff and a puff on social media.

Ben Lyons said the triple pigs in blankets are a "con, you get less bacon".

Kev Goff agreed, writing: "That's b******s – why would you have three sausages wrapped in one bit of bacon when you can have three individually wrapped in bacon?"

But others were filled with festive cheer at the prosopect of three times the normal amount of sausage.

The new ad shows Aldi's recurring marketing character Kevin the Carrot driving a lit-up lorry like the ones seen in Christmas Coke ads.

An Aldi spokesperson told The Sun Online: "Our Christmas advertising campaigns are famous for capturing the excitement and anticipation of the festive season in a fun and engaging way.

"This year is no exception, using our well-loved character, Kevin the Carrot, to capture the magic of families preparing for Christmas."