ALEX BRUMMER: If Brexit is such a disaster, how come Europe’s firms have DOUBLED their stake in the UK? 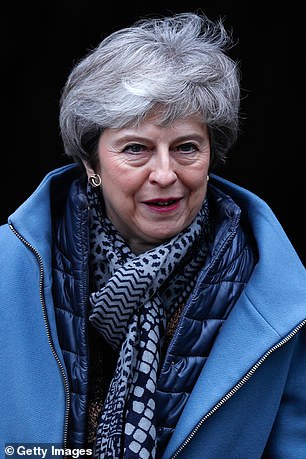 A visitor from Mars tuning into events in Britain in recent months would rightly be shocked by the political paralysis in Westminster, the calamitous state of the motor industry, and the mortal damage to immediate business confidence caused by Brexit uncertainty.

Yet while there clearly are difficulties, the nation is selling itself short if it believes that this is the only story.

One doesn’t have to be a swivel-eyed Brexiteer to recognise that if one looks over the horizon, beyond Brexit, there is much about Britain to inspire confidence in the future. Not least the fact that it is still the most favoured nation among the 28 states of the European Union for direct investment from overseas.

What makes this even more remarkable is that many of those keeping faith in Britain are state-directed sovereign wealth funds, run, owned and managed by foreign countries.

The world’s largest sovereign wealth fund, Norway — worth around £740bn as a result of the country’s oil and gas revenues — recently announced it would continue to invest, and even increase investment, in Britain over the next three decades. If ever there was a morale boost in these uncertain times, this is it.

In addition, even as Brussels negotiators are playing hardball with the May government and warning of the calamity of no deal, it’s clear that European investors do not believe Brexit will have a wholly negative impact on Britain. New data this week shows that in the past 12 months, EU businesses ploughed a staggering £23.9bn into the UK in the shape of property deals, corporate acquisitions and buying stakes in UK firms.

The data, collected by an offshoot of the credit rating agency Standard & Poor’s, shows there were 553 separate purchases of assets and that investment was up from £16.3bn on the previous 12 months and £10.5bn in the same period of 2016-17. Overall, European businesses have more than doubled the sums they have invested in Britain in the last three years — which is hardly a vote of no confidence.

Neither sovereign wealth funds nor, for that matter, firms based in EU countries have any political reason to be part of a ‘Project Cheer’, boosting the UK simply to make the public feel better about our momentous decision to leave the European Union. 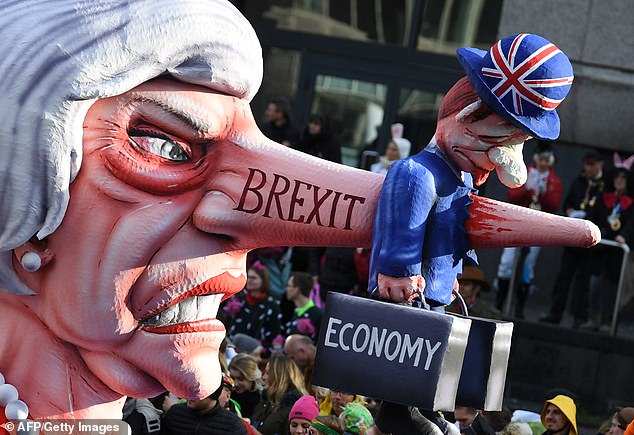 Even though a German carnival mocks Theresa May’s negotiation attempts, EU businesses ploughed a staggering £23.9bn into the UK in the past 12 months

All of the bodies involved are hard-nosed investors — and they clearly have faith in the long-term stability of Britain’s democracy, the tremendous value to be found from investing in prime UK real estate (especially in the City of London), the excellent long-term returns to be gained from shares in Britain’s privatised utilities, and the pre-eminence of research and innovation in the UK.

How ironic that this message of confidence in a post-Brexit future is being voiced not by our squabbling and largely Remain-supporting political class but by overseas investors such as Norway’s fund talking with their wallets.

Norway, like the UK, has been an enormous beneficiary of the munificence of the North Sea in yielding oil and natural gas, which are still the bedrock of our energy supplies, despite the drive to be more green.

But whereas the UK allowed the free market to decide where the returns from the North Sea went — higher shares prices and dividends from oil companies boosted private pension funds, and the HMRC took its share to help finance the NHS and other public services — Norway directed the vast majority into the sovereign wealth fund which since 1990 has accumulated some £750 bn of assets for future generations.

Britain has been a destination of choice for Norway’s wealth fund ever since its inception and the country holds stakes worth an astonishing £62bn — around 8 per cent of its total investments — in some of Britain’s biggest enterprises. These include HSBC, which is the nation’s most profitable and global bank, the largest oil company, BP, and UK government debt.

There is no greater compliment any foreign state can pay than to invest in the bonds, known in the UK as gilt edged stock, issued by another country.

Far from being deterred by the turbulence caused by Brexit, funds like Norway’s believe it presents an opportunity because it has had an impact on asset prices in the UK.

Shares in Britain’s key FTSE100 companies have lagged behind those of their overseas counterparts. This is despite the fact that firms ranging from Johnnie Walker spirits company Diageo to British Airways owner International Airlines Group are still punching hugely above their weight in world terms.

The continued success of the City makes its skyscrapers a source of constant attraction for overseas investors, from the Gulf states to greater China. Indeed, Britain is now the number one favoured location for investment by Beijing, which has put money into projects ranging from Hinkley Point, the new nuclear plant in Somerset, to Heathrow Airport.

Brexit or not, Britain remains a major target for corporate and sovereign investors. My own conversations with those in charge of investment funds have revealed that a bigger worry than Brexit is the possibility of a government led by Jeremy Corbyn and his anointed Chancellor John McDonnell rushing to take valuable privately held assets, such as the water companies, back into public ownership.

Certainly, Brexit may have affected domestic business investment, but it has had little impact on how other countries view this nation. 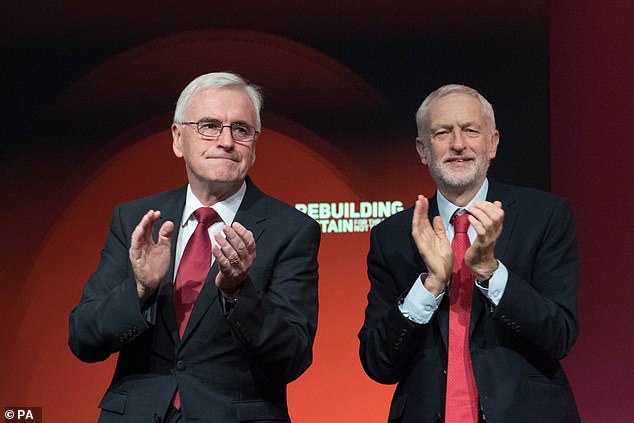 Latest figures from the Office for National Statistics show that in 2017 the value of direct foreign investment in the UK rose by £149bn. Our vibrant financial services sector, a pioneer in developing financial technology, pulled in an astonishing £385bn, up 19.5 per cent from 2016 — the year of the referendum.

Among the sovereign wealth funds, along with Norway and China, those most attracted to the UK are the Gulf states of Qatar and Saudi Arabia.

The Qataris are in charge of the redevelopment of one of the most totemic buildings in central London, the former American Embassy in Grosvenor Square.

They are also the biggest owner of shares in grocer J Sainsbury, with 22 per cent of the stock, and in one of the pillars of the City, the London Stock Exchange, where it is the biggest shareholder with a 10.3 per cent stake.

It is hardly surprising the Emir, Sheikh Tamim bin Hamad Al Thani, has enjoyed accompanying the Queen in the parade down the racecourse at Royal Ascot.

There is little doubt sovereign investment funds from around the world, as well as some wealthy individual investors such as Hong Kong’s richest man, Li Ka-shing, the owner, among other things, of the nation’s busiest port at Felixstowe, see Britain as the bargain basement of the world.

The 15 per cent devaluation of the pound since the referendum, together with the weakness of share prices, is a magnet for investors willing to look to the long term.

There is an obsession among many UK and American investors about judging investments in shares and other assets by what is likely to happen over the next three months, let alone the next three or even 30 years.

How reassuring it is to know Britain has friends out there confident enough to ignore those who wail about impending disaster because of Brexit — and instead see a land of opportunity.