ALEXANDRA SHULMAN’S NOTEBOOK: Mothers-to-be are told by the NHS not to drive to hospital – but they need care, not a forced march to the birthing unit

The young woman who does my blow dry is only about three weeks off giving birth.

She stands on her feet all day wielding a hefty hairdryer without any complaint while her clients sink into a comfy chair and flick through magazines.

At her last visit to the London NHS hospital where she is having her baby, she was issued with instructions for when she goes into labour. 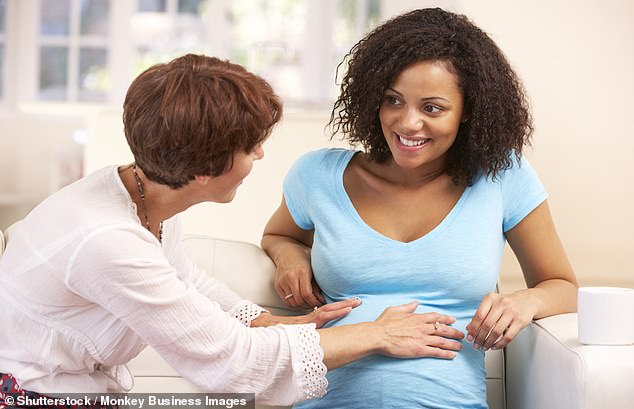 Now it seems, driven by the increasing pressure on both beds and staff, maternity wards have to operate like conveyor belts [File photo]

On no account, they insist, should she attempt to enter the maternity ward until she is at a specified degree of dilation (how she is meant to know how many centimetres she is dilated remains a mystery), and if she arrives too soon, she’ll be sent straight home.

But sterner still is the edict that when labour is far enough under way to allow her to be admitted to hospital, she should not under any circumstances be driven to hospital but must walk.

This is a journey across open parkland that, when not pregnant, let alone about to give birth, would take her around half an hour. 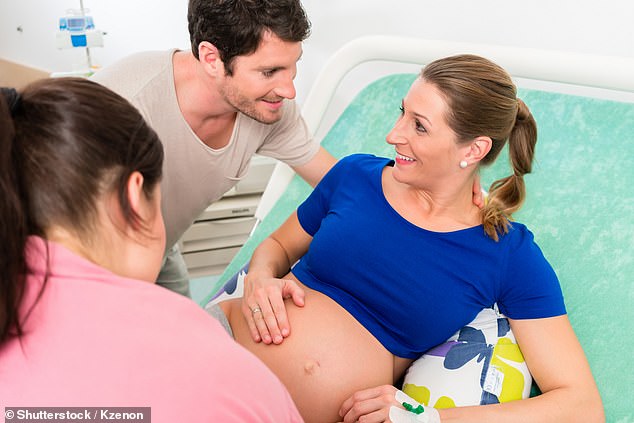 The walk, her midwife explains, will mean that the contractions will not slow down and therefore she is likely to give birth more quickly once she arrives. This brutal approach to pregnant women seems archaic and frankly terrifying.

Thank heavens it wasn’t practised in my day, when we still had the luxury of a bed for early labour pain.

Now it seems, driven by the increasing pressure on both beds and staff, maternity wards have to operate like conveyor belts.

While nobody wants to be stuck in a delivery room for a second longer than they need, the image of women staggering across Hackney Marshes in varying degrees of labour is a positively Victorian horror story.

The cold’s shrivelled our sense of style

Does the cold weather make us dress worse? The other day, as the north wind blew into town, I counted 78 black and navy padded coats at Piccadilly Circus in the time it took me to ride the Tube escalator.

It looked like a scene from one of those grim post-war Communist societies when standing out in any way risked you being thrown in jail for life.

Prince William has been in Davos helping to destigmatise mental health. He’s absolutely right in his ‘we-need-to-talk-about-it’ stance, since the first step in helping sufferers is to be able to recognise the problem.

However, mental illness, like physical illness, has gradations of severity and requires many different approaches. Sometimes the well-intentioned desire for greater recognition can create new problems.

Many people I know, both of my generation and our children’s, qualify as having some kind of mental health issue – often minor like my own. 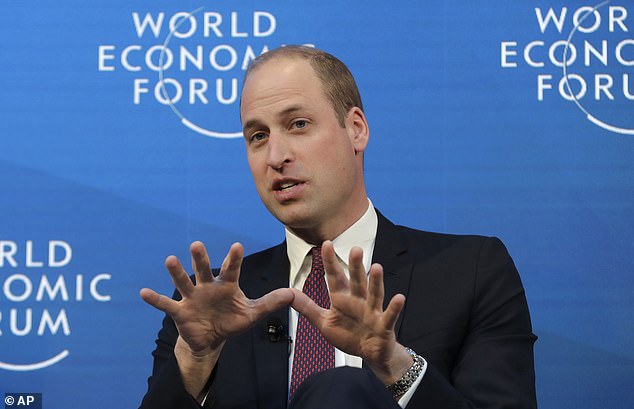 Prince William has been in Davos helping to destigmatise mental health. He’s absolutely right in his ‘we-need-to-talk-about-it’ stance, since the first step in helping sufferers is to be able to recognise the problem

There is a long list of labels: attention deficit disorder, depression, low self-esteem, anxiety, obsessive compulsive disorder, bipolar, psychosis. Those who are fortunate enough to be able to receive professional treatment will usually be diagnosed as falling into one category or other.

Recently, I volunteered to mentor at an event organised by The Prince’s Trust, the charity of the Duke of Cambridge’s father, to help young, underprivileged people find employment. My group of six all laid claim to one condition or another.

This was their primary definition of themselves, rather than as someone who was attractive, articulate or intelligent, which was how they all appeared to me.

I have absolutely no doubt that at various points they had all experienced real difficulties as a result of their problems but I am not convinced that by identifying themselves so strongly with these silos they were helped to move on.

If you continually see yourself as a sufferer, that in itself sometimes feeds the condition. The label becomes a kind of captor. Your view of yourself becomes more confined by the definition.

In the case of people with severely disabling and often life-threatening mental health problems, the ability to talk about what they feel is crucial.

But for the many of us who have low-grade vulnerabilities, sometimes they can be more effectively held at bay by being kept out of the conversation.

My failings laid bare … by a walnut cake

The other day, most unusually, I decided to bake a cake for tea. With my usual cavalier approach to life, I substituted walnuts for hazelnuts, dark brown sugar for demerara, and took liberties with the precise amount of chocolate and apricots I put in. The mixture tasted good though, and looked about right.

I placed it in the oven at the designated temperature for the exact amount of time, emerging with a thick burnt slab that looked more like a granite curling stone than a cake. Even my loyal friends decreed it disgusting.

I might be able to get through most of life winging it, but when it comes to baking, it turns out there is no spinning or luck involved. You have to play by the rules.

OK, I admit it… I’m a hair colour sexist 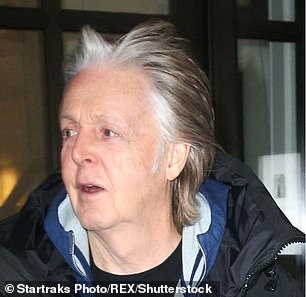 Paul McCartney looked great out and about last week with his new silver hair.

I know I should feel the same about women allowing their grey to take hold, but I simply don’t.

Men with greying hair still look every bit as attractive (or otherwise) as they ever did, but for most women – and hang on, we are not all Helen Mirren – grey hair deals a frightening coup de vieux, instantly ageing us a decade.

Wine’s a key part of parenting for me!

Many parents will be amused by actress Anne Hathaway’s pledge to stay off alcohol until her two-year-old son turns 18.

Few occasions have made me more desperate for a stiff vodka and tonic than hosting a football party for a gang of eight-year-olds when my son’s father handed him a red card.

And during the teenage years, a cold white wine was definitely my friend during the many evenings when he went off-grid.

Ms Hathaway’s intention is entirely honourable, but I’d like an update in a few years.