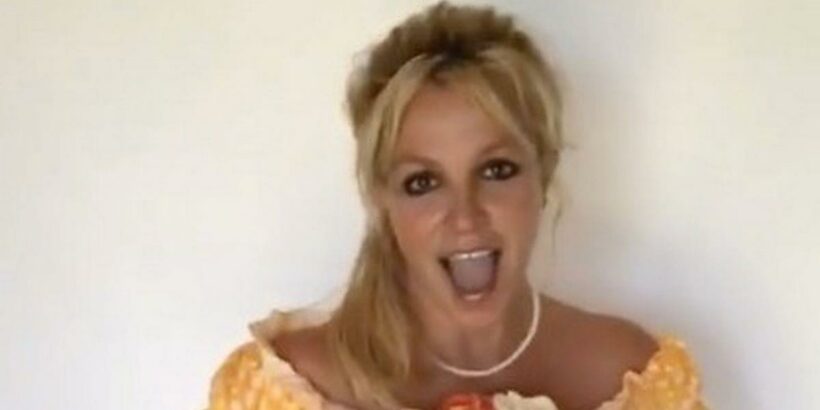 Britney Spears has said that her father "should be in jail" as she has made her first appearance in court via video-link over her conservatorship.

The 39 year pop star, who has spoken in open court for the first time in 13 years, reportedly described how "anyone involved in this conservatorship, including my management … they should be in jail", as she addressed the Los Angeles courtroom on Wednesday 23 June.

Fans of the star have been worried about Britney for months and they believe they picked up signs from her social media that she wasn’t happy.

Britney has now admitted she’s “not happy,” and she added: “I can’t sleep. I’m so angry, it’s insane. And I’m depressed."

The pop star announced that her favourite film is Frozen during an Instagram Q&A.

When explaining why, she said: “it's about the relationship between two sisters. One goes off and lives in a castle just because she can't deal anymore.”

Britney left fans concerned after she shared a video dancing around her Christmas tree one month after Christmas day had passed.

Fans immediately thought it was Britney reaching out for help, but she said in another post: “"I'm trying to learn how to use technology in this technology driven generation …. but to be totally honest with you I can’t stand it!!!

A few days later, Britney took to Instagram and posted a picture of a painting by Austrian artist Hans Zatzka.

In the picture, the two women are surrounded by doves.

It was perhaps the biggest sign fans picked up when assuming Britney needed help.

Social media users asked Britney to wear a yellow top if she needed help, writing: “If you need help, wear yellow in your next video."

In the next video, the Toxic singer appeared wearing a yellow top and twirled around while holding a bunch of flowers.

She captioned it: “HOLY HOLY C**P My florist surprised me today by making the flower arrangement all different colors…

"I was so excited I threw on my favorite yellow shirt and just had to SHARE."

Britney posted an image of a Scrabble board with “made-up words” on.

Her followers believed there was a secret code after she wrote: “Can you find a word that isn’t actually a word ???? Sometimes it’s fun to make ones up.”

Many fans thought it was a cry for help as they noticed the word “quit” spelled backwards.

In December 2020, Britney posted an image of a dying rose with the caption: “If you will stay close to nature… to its simplicity… to the small things hardly noticeable… those things can unexpectedly become great and immeasurable.”

After reading this, one fan commented: “It sounds like a clue. Like to look for the small things in her posts like the things not noticeable.”

Another wrote: “This is significant,” while one posted: “The rose doesn't look too great… maybe a sign?”

Britney once posted a photo of glittery stilettos and above them it read: “She who leaves a trail of glitter is never forgotten.”

Again fans read it as a cry for help, with one writing: “[She's the] queen of leaving us "breadcrumbs.””