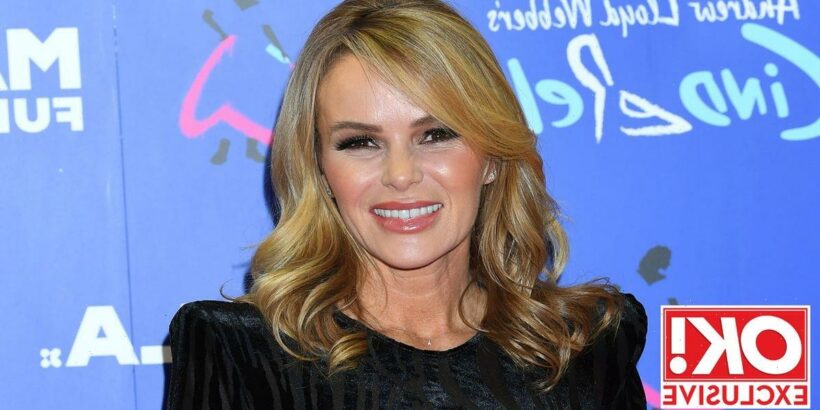 At 50, Amanda Holden is looking better than ever, partly thanks to a dedicated anti-ageing regime. However the glamorous TV star won’t be advising Simon Cowell to give her favourite face treatment a try – because she reckons he’d never be able to handle the pain.

The pair are due to reunite soon for the next series of Britain’s Got Talent, and Amanda has been getting her skin screen-ready with the help of Morpheus8.

“It’s basically stamping your face to make the collagen rush to it and give everything a lift,” she tells us about this non-surgical skin-tightening fix. “It’s amazing. I’ve done it on my neck and chest too.”

This clinic treatment isn’t without an eye-watering element though, as Amanda admits: “I do steel myself, I take a couple of paracetamols, and there’s always an assistant I grab onto.”

The glamorous blonde has undergone three treatments so far with her favourite beauty guru, Nilam Holmes, so she can obviously put up with the discomfort.

However, she won’t be suggesting it to Simon in a hurry, despite his well-known love of cosmetic enhancement.

“He’d have to be under a general anaesthetic to have a Morpheus8!” she laughs. “He’s got no pain threshold, that man.”

As well as prepping for BGT, Amanda is getting her glam on as the new celebrity ambassador for Charles Worthington London.

The hair brand, which is turning 25, is a long-standing favourite in the Holden household, with Amanda, her two daughters and husband Chris all partial to its shampoos and styling products.

It’s Amanda’s first ever hair campaign, and she admits she’s had a few bad hair days along the way before finally getting signed up.

Her look on the first series of Britain’s Got Talent is one in particular she’d rather forget, but finds she’s unable to.

“I had brown hair and in one episode I was also wearing a top back to front,” she laments.

“It’s the one where Paul Potts got put through so it's the one that gets shown everywhere and it even made the cut of his movie.”

“I’m like, oh Jesus Christ, I've got brown hair, over-plucked eyebrows and a top on the wrong way round. And a pair of jeans. I would never wear jeans on Britain’s Got Talent now.”

She cheerfully admits the brown barnet is just one in a long line of hair blunders in her photo album.

“Back in the 80s, I did the hairstyle where it was straight at the back and permed on top,” she cringes. “I’ve cut it short, instantly regretted it, then had bond extensions which ruined my hair.”

“It’s been to hell and back but now it’s being looked after with lovely Charles Worthington hair masks and Ultra Violet shampoos." – £9.99 here and £7.99 here.

For all the latest celebrity news including their hair and beauty secrets sign up to the OK! Daily Newsletter now