Six months after the passing of his lifetime companion and business partner Roberto Faraone Mennella, who died on June 4 after a fight with cancer, Amedeo Scognamiglio is firmly at the helm of R.F.M.A.S., the jewelry company he established with Faraone Mennella back in the Aughts. “Now it’s only me, but there are no changes in the original purpose and commitment,” Scognamiglio said during a Zoom call from his office in Torre del Greco, near Naples.

“I’m finally very present to myself, I’m OK and it’s more clear in my mind what needs to be done,” he said. The town is home to the workshop where the creations of both Faraone Mennella and Amedeo, the two jewelry brands under R.F.M.A.S’s umbrella, are handcrafted by skilled artisans. “When Roberto passed away people started asking me about the future of the company and every conversation addressed this issue. The truth is that nothing has changed. I’m going ahead with the goal of strengthening our legacy, making the company even more solid and our mission more meaningful, since there has always been a strong purpose in the Faraone Mennella brand.”

While Roberto Faraone Mennella was generally considered the creative mind and the ultimate ambassador of the brand’s aesthetic, the truth is that he and Scognamiglio always worked symbiotically as designers and business partners.

“When we launched Faraone Mennella in 2001, I already had experience in the jewelry industry, because of my family’s company, and I also had Amedeo, my cameo project,” Scognamiglio explained. “I really wanted Roberto to express himself and his creativity, to feel like the king of the castle. I loved to be his voice of wisdom, always telling him the truth. I had no fear to tell him ‘I love this or I hate this.’”

With the Faraonella Mennella brand’s 20th anniversary fast approaching, Scognamiglio has developed a clear strategy to guarantee a bright future for the company.

In particular, Scognamiglio said he will focus on two main goals, apparently opposite but actually complementary. On one side, he decided to give new focus and attention to some of the brand’s most significant and successful collections of the past — including Fireworks, Kaleidoscope of Hope, Life is Beautiful and Un Tuffo nel Blue — and at the same time projecting the image of the brand into a new perspective.

“I think that the best way to keep the legacy of Roberto and to preserve the original message is going back to the archives selecting signature collections to continue offering them to our customers,” said Scognamiglio, who at the same time believes in the importance for a high jewelry brand looking with interest, courage and curiosity to the future. 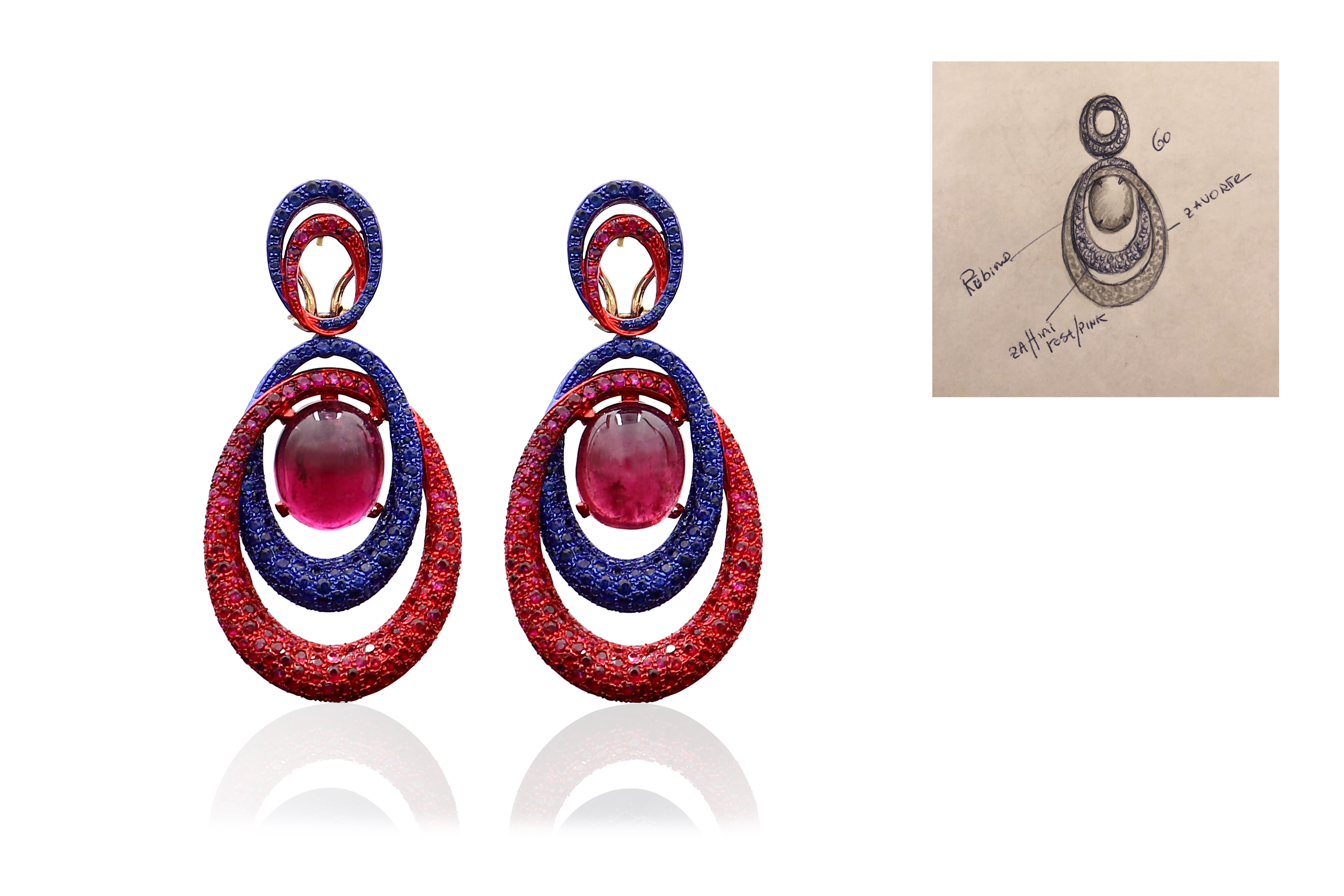 “Over the past few years, Roberto felt a bit stuck. He was struggling to find new sources of inspiration. So I pushed him to stop thinking about developing new ideas leveraging on the past,” Scognamiglio revealed. “Because of his nature and education, Roberto was very traditional, but when I pushed him to take off his leashes, he started drawing completely new things, brave, unseen. He felt himself cool again.”

During the year of his illness, Faraone Mennella filled notebooks with hundreds of drawings — “This really helped him keep his mind off the therapy,” Scognamiglio said — and parts of these sketches will become the innovative, forward-thinking pieces of the new Futura collection debuting next year. “There will be a lot of titanium, metals colored with ceramics, it’s a highly colorful collection that reinvents our signature jewelry codes.”

In keeping with the brand’s tradition, Faraone Mennella will celebrate its 20th anniversary with a big party next year on the glitzy Mediterranean island of Capri, where the label operates a boutique.

“We plan to party big, there are so many projects going on,” said Scognamiglio, adding that the brand will unveil special capsule collections in Capri and launch its first women’s fragrance range in collaboration with Swedish luxury cult perfume brand 19-69. “We will deliver nine different scents very linked to Capri and to flowers since Roberto was raised in an estate surrounded by flowers.”

In addition, next summer the brand will unveil a documentary retracing Scognamiglio and Faraone Mennella’s journey into the jewelry world. “Roberto and I have been working on this for several years,” said Scognamiglio, who added the documentary will be by a New York University graduate who also worked with Spike Lee.

Discussing business strategies, Scognamiglio said “we have to make our business vertical,” referring to the direct-to-consumer approach he is endorsing. In New York, for example, the jewelry designer said many high-profile customers are shopping Faraone Mennella less at department stores and more at the brand’s boutique on Lexington Avenue. The company also registered good sales at the Capri shop last summer. “It performed way beyond our expectations,” said Scognamiglio, adding that many loyal American customers who couldn’t be in Capri for their holidays as usual made their purchases online.

“The e-commerce currently accounts for the same share [of sales] as our wholesale business,” he said. “I’m concerned about the wholesale business in general at every level. I don’t think we can rely on the wholesale. I believe that people will be more and more keen to buy jewelry directly from the designer.”

Scognamiglio has also been busy developing his Amedeo brand, offering high-end, niche genderless cameo jewels injected with a very peculiar, ironic and rebellious touch. “This year Amedeo’s sales at Harrods are 45 percent up,” he noted, highlighting that customization and personalization have been key tools for the brand’s success.

The only thing Scognamiglio is unsure about is whether he should replace Faraone Mennella on QVC, where the company used to sell the Roberto by RFM bijoux line.

“It’s difficult because I don’t want to be Roberto’s substitute, and at the same time, it would be really hard for me to manage three brands at the same time and also be on TV,” Scognamiglio said. “Also, I’m receiving so much love and affection from the women who used to watch and buy what Roberto was presenting on TV. He was so good at that. For the moment, we are selling the line online and through Instagram shopping. We will see!”