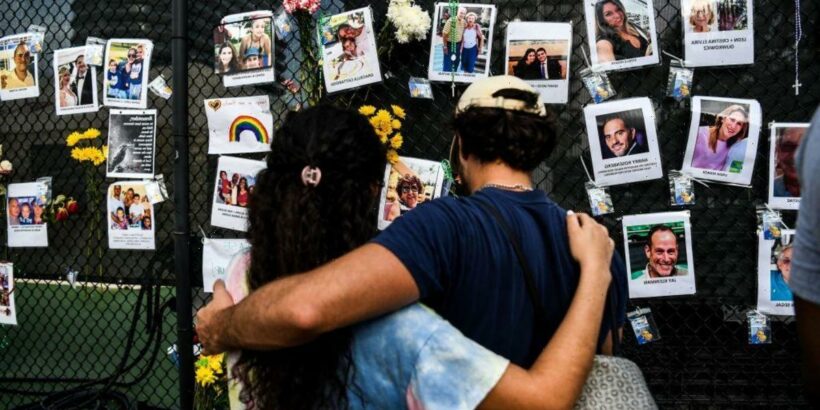 The community of Surfside, Florida, is reeling after the partial collapse of a condominium building, leaving 32 dead and 113 others unaccounted for. Rescue efforts have been plagued by instability and harsh weather but first responders are continuing to work long hours searching for survivors.

Here are the stories of some victims and how they’re being remembered by family members. 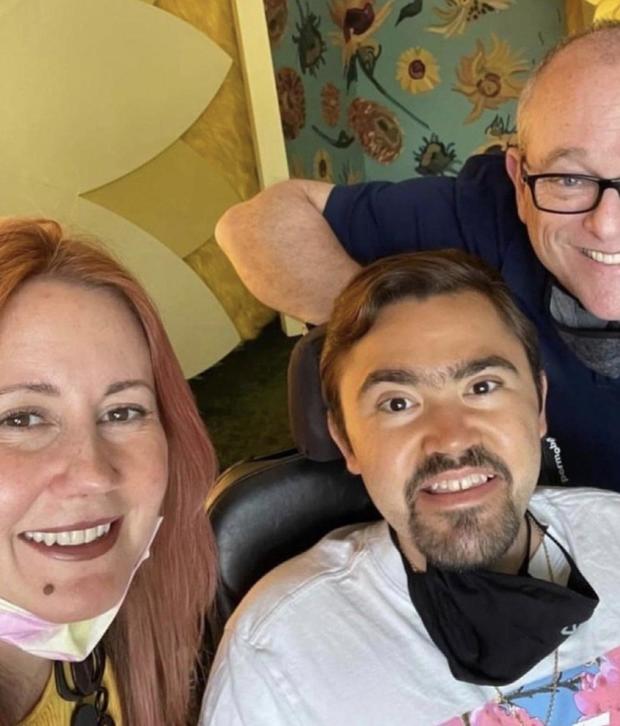 Despite his battle with muscular dystrophy, 26-year-old Luis Bermudez, Jr. always found a reason to smile, his family said. Rescuers discovered his body among the debris. They also recovered his mother, Anna Ortiz, and his stepfather, Frank Kleinman.

“I feel like I did everything for him and he’s very grateful he had me and I’m very grateful I had him. He’s a warrior and now he’s in heaven and I’m going to miss him the rest of my life,” he said.

A dedicated mother, Fang was born in Brooklyn, New York, and moved to Miami almost 16 years ago where she worked in marketing, CBS Miami reported. Fang was pulled from the rubble and was transported to a nearby hospital, where she died from her injuries. She is survived by her family, including her 15-year-old son, Jonah Handler, who was rescued by firefighters.

“There are no words to describe the tragic loss of our beloved Stacie,” Fang’s family said in a statement. “The members of the Fang and Handler family would like to express our deepest appreciation for the outpouring of sympathy, compassion and support we have received.”

“The many heartfelt words of encouragement and love have served as a much-needed source of strength during this devastating time. On behalf of Stacie’s son, Jonah, we ask you now to please respect our privacy to grieve and to try to help each other heal.” 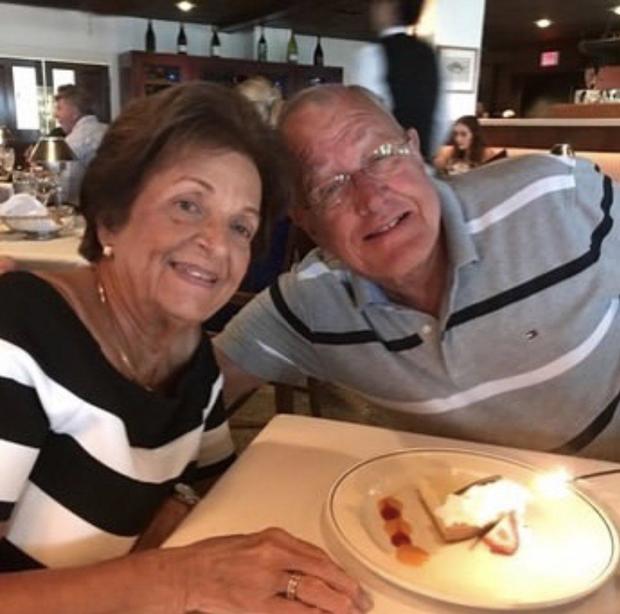 Antonio studied accounting and worked at a bank in Cuba before leaving in the 1960s. After immigrating to South Beach, Antonio moved to Orlando with his family and worked two jobs so he could pay for Gladys to join him in the U.S.

The couple knew each other for eight years before they married, spending time together riding bikes around their neighborhood in Cuba. Seven days after she arrived, they were married at Corpus Christi Church.

Sergio said his mother leaves behind “an amazing legacy” and was a devoted grandmother, acting as a mother figure to her two grandsons. He said she was loving, compassionate and an amazing cook who will be missed “dearly” by those who knew her.

Sergio said his father was extremely dedicated to his banking career and continued to work even after suffering a heart attack. He said his parents “always wanted to go together,” and knowing this, he’s at peace because they spent their last moments together. 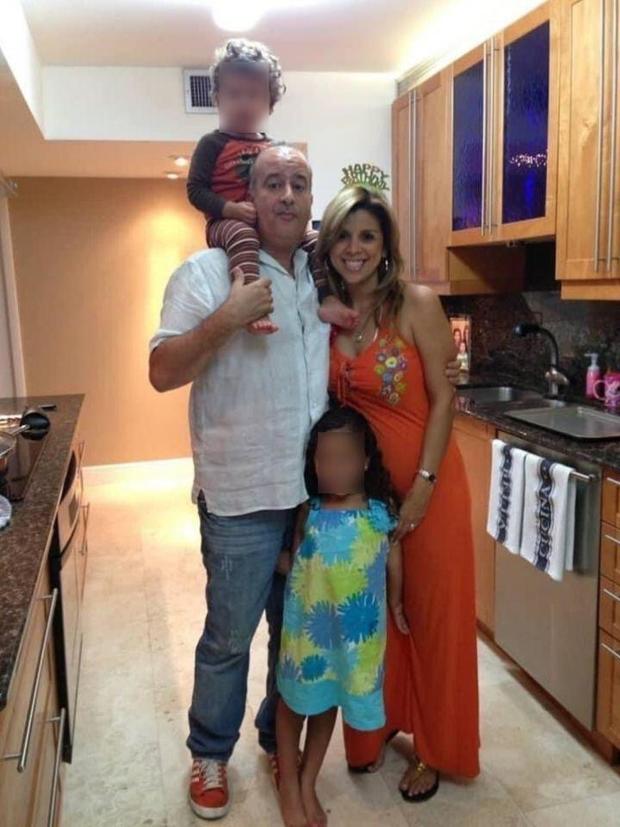 Manuel was originally from Houston and was a parishioner at St. Patrick Catholic Church in Miami Beach. He spent his free time coaching his son’s baseball team, the Houston Astros, according to CBS Miami.

His ex-wife, Adriana, shared in a Facebook post that he was a dedicated partner and father of two. “My partner for so many years, father of my children who scolds me and loves me at the same time,” she wrote. “Manny, Daddy, we want to hug you again to tell you how much we love you .” His body was recovered on Friday.

The Guara family lived together in the Champlain Towers South building. Michael, the father, was one of the first bodies discovered in the rubble, according to the Miami-Dade Police Department.

Michael, the father, felt a “sense of pride” over his girls, according to a Facebook post where Lucia donated her piggy bank savings and birthday money to St. Jude Children’s Research Hospital.

Andreas was an incoming senior at Vanderbilt University where he studied economics. He attended St. Thomas for high school, where he was a decathlon athlete, according to his family.

His family said that he represented “Goodness, Discipline, and Knowledge,” and called Andreas an old soul on GoFundMe.

Giannitsopoulos was a Houston resident but was visiting his father’s friend, Manuel LaFont, when the building collapsed. His body was recovered Wednesday.

Hilda was a “vibrant” grandmother who was full of “unconditional love,” her grandson Mike Noriega told CBS Miami. She lived for her faith, family and friends, he said.

Hilda was the mother of Carlos Noriega, the police chief of North Bay Village.

“The family would like to thank all the hundreds of first responders, who bravely and selflessly risked their lives to locate his mother and the other innocent victims to date,” the family said in a statement. “The Noriegas have lost the ‘heart and soul’ and ‘matriarch’ of their family, but will get through this time by embracing the unconditional love Hilda was known for.”

Graciela is being remembered as a dedicated mother who loved traveling and photography. “Her focus was that little girl. That was her life,” her friend Betty Matz Gelsky told CBS Miami. “I’m glad they’re together.”

Cattarossi, her 7-year-old daughter, her parents Graciela and Gino Cattarossi, and her sister Andrea Cattarossi, visiting from Argentina, were sleeping in their Surfside apartment when the building collapsed. Cattarossi was recovered with her daughter on Friday. Her daughter’s father is a city of Miami firefighter, according to CBS Miami.

“It’s with a heavy heart that yesterday we were officially notified that Graciela and [her daughter] were recovered from the rubble together,” her family said on GoFundMe.

“Thank you all for your generous contributions and prayers. The Cattarossi family is in awe of the tremendous support they have received through this incredibly difficult time.” 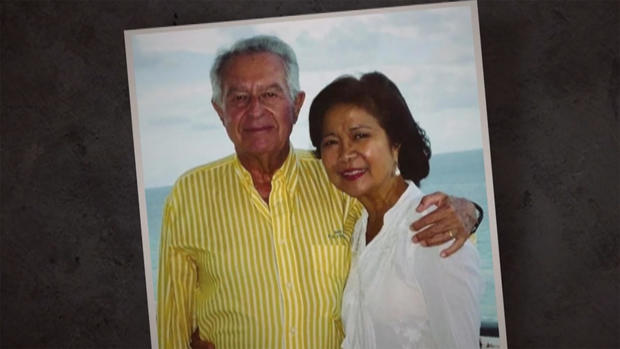 Claudio and Maria were a married couple who lived on the 10th floor of the Champlain Towers South building. Claudio worked as a lawyer and was the uncle of former Chilean President Michelle Bachelet. Maria, known by her family as Tita-Coy, was a budget officer for the International Monetary Fund and a “beautiful person,” her nephew William Sanchez told CBS News.

“She was always the doting aunt that watched over my wife and her sisters,” Sanchez said.

Claudio and Maria loved to travel and would send photos to family members from the places they visited such as Latin America, Africa and Asia. Sanchez said he and his wife considered Maria a second mother.

“They were such capable people who were very informed,” Sanchez said. “They really checked the buildings where they were going to live in. If they would have known the building had issues and it was sinking since the ’90s, they would have never bought an apartment.”

Natacha Larnaud contributed to this report.