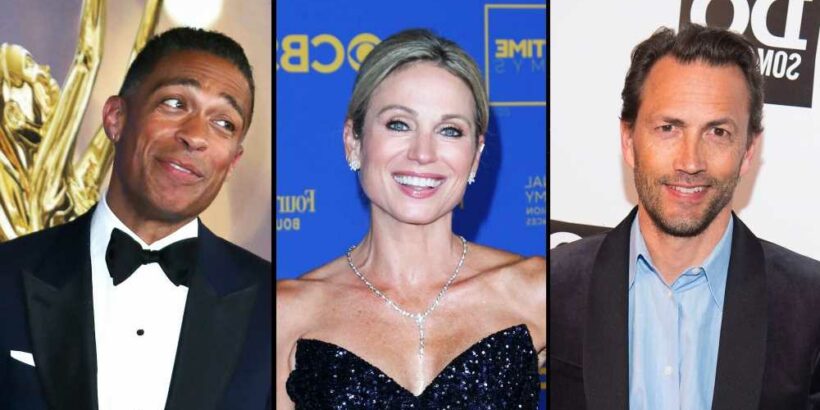 A subtle hint? Andrew Shue has not publicly addressed wife Amy Robach‘s scandal with her Good Morning America co-anchor T.J. Holmes — but he seemingly made it clear where he stands.

The Melrose Place alum, 55, removed all his photos with Robach, 49, from his Instagram account on Wednesday, November 30. That same day, news broke that the TV reporter was spotted holding hands with Holmes, 45. The Arkansas native, for his part, has been married to Marilee Fiebig since 2010. In photos obtained by the Daily Mail, the coworkers were seen on multiple outings — with one photo showing Holmes playfully touching Robach’s backside. 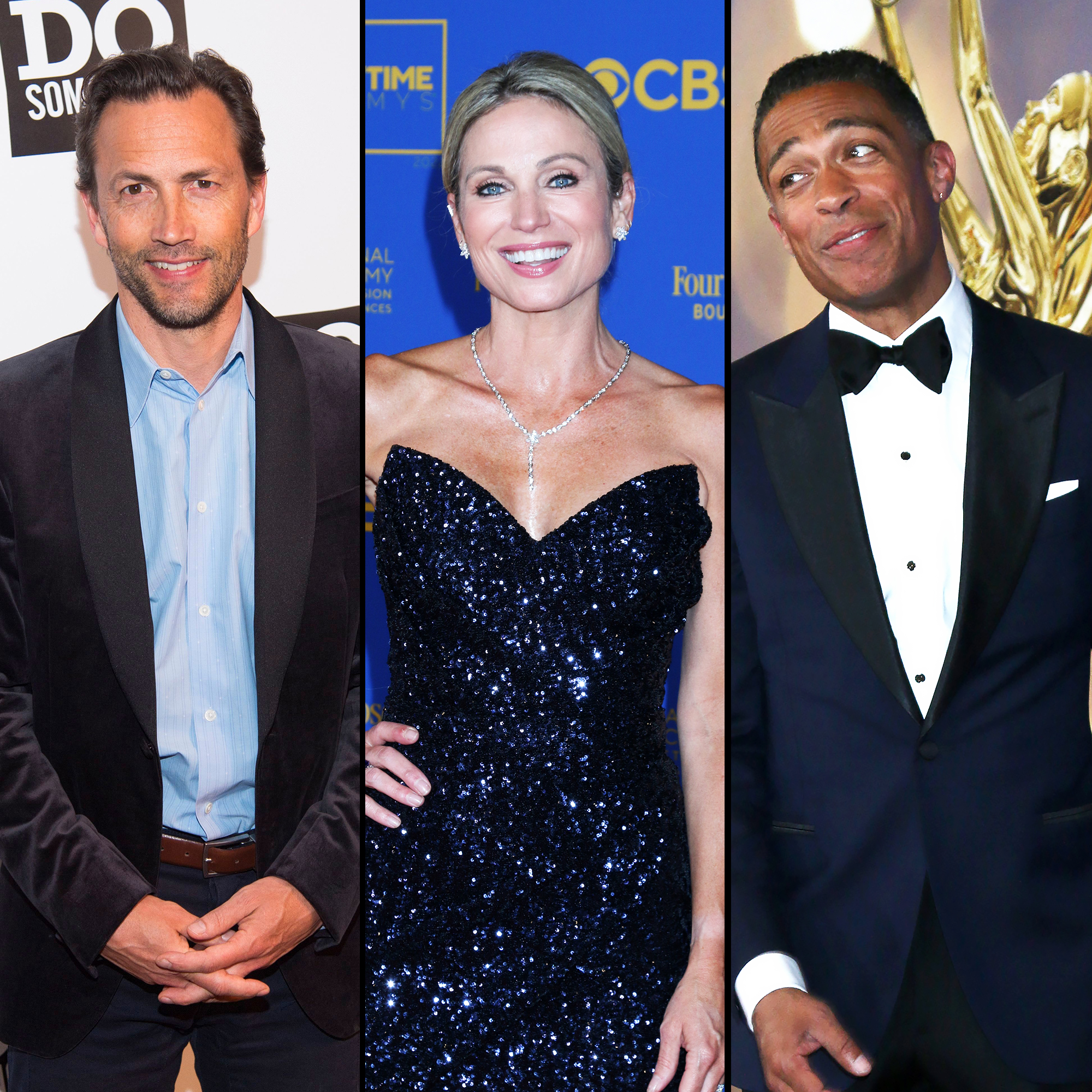 Ahead of the drama, Shue and Robach used their social media accounts to gush about their relationship. The couple, who tied the knot in 2011, also offered glimpses at their joint runs and vacations.

“Through the rain – by the river – a run to celebrate life – Amy shows us all how to live – everyday – We are the luckiest!” the actor captioned an October 2020 photo with Robach.

Before getting engaged to the former NBC correspondent, Shue was married to Jennifer Hageney from 1994 to 2008. They welcomed sons Aidan (born in 1999) and Wyatt (born in 2004) before their split. Robach, for her part, exchanged vows with Tim McIntosh in 1996. They expanded their family with daughters Ava (born in 2002) and Analise (born in 2006) before calling it quits in 2008.

Following their nuptials, Shue and Robach opened up about their large blended family.

“At least five nights a week we sit down for dinner together. And we spend one-on-one time with each kid. It really changes the relationship. It doesn’t have to be extravagant, but it’s rewarding,” he exclusively told Us Weekly in 2017.

At the time, the Wonder Years alum complimented his wife for raising “strong-willed” daughters, adding, “I was like, ‘Oh, they’re never going to fight,’ but their feisty and I like that. They’re always challenging me. I remember the first time I met Ava, she challenged me to a race. It’s not quintessential like, ‘We’re going to go do girl things.’ It’s been nice to have both sides.”

Robach, however, noted that the duo work hard to raise their kids with the right values. “We spend money on experiences and not material things. Those things can get forgotten about,” she explained to Us. “Seeing a Broadway show with my girls for Christmas instead of getting them clothes turned out to be one of the most meaningful ways to spend my money and time. Memories can’t be broken or returned.”

‘GMA’ Anchors Amy Robach and T.J. Holmes’ Candid Quotes About Each Other

Amid the drama, Robach and Holmes have both deleted their social media accounts. According to a source, the twosome’s relationship “blossomed from a close friendship.”

“They always had a spark and their work trips away together brought them even closer,” an insider shared with Us, adding that Robach and Holmes “have been trying to keep their relationship a secret until they were ready to announce.”