Dad mode! Andy Cohen opened up about being a single parent to son Benjamin, noting that his little guy makes his life better.

“It’s great. So far, so good,” the 53-year-old TV personality told St. Louis’ KMOX radio on Tuesday, November 23, while in town for Thanksgiving. “I have a lot of support. I have a lot of women in my life who are helping me out.”

The Watch What Happens Lives With Andy Cohen host added that his 2-year-old son “makes it really easy” to be a successful parent. 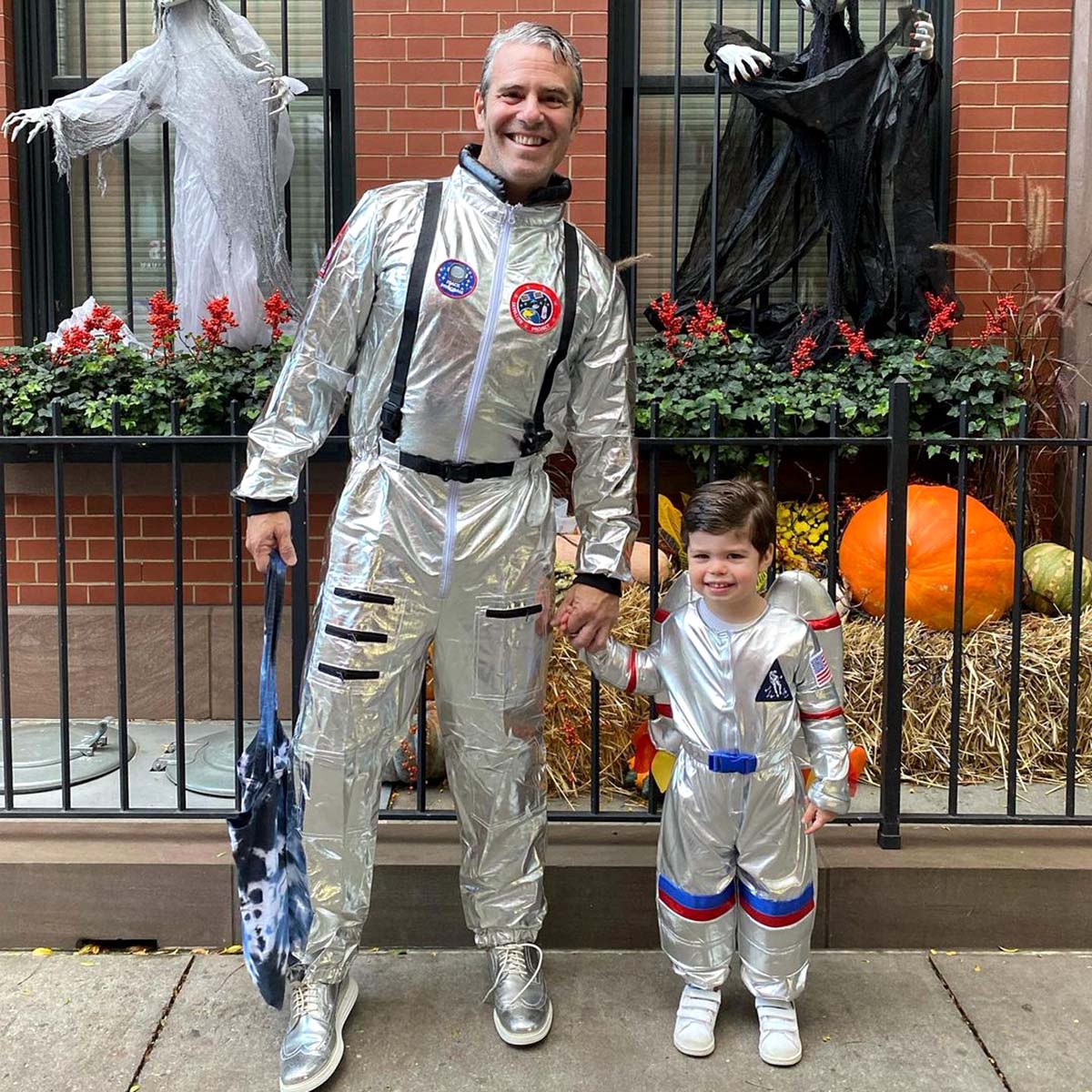 “He’s a cheerful, great kid. He makes it fun. I learn things every day,” Cohen, who welcomed Benjamin in February 2019 via a surrogate, continued. “I think also having a kid later in life is really fun, because you do sweat things, [but] I’m trying to be as laid back as I possibly can.”

Earlier this month, the Glitter Every Day author spoke about how he’s been able to manage his career and raising his son solo during the past two years.

Famous Fathers Who Had Kids Late in Life

“I just really am vigilant about trying to balance out my schedule,” Cohen told Forbes in November. “The good thing about my schedule is I’m in and out all day.”

The Real Housewives producer explained that he wakes up with Benjamin every morning before going dealing with his work obligations.

“I get him ready and then today, I went to radio, did that for a couple hours. I was home in time for lunch,” Cohen said. “[I] was home for the next few hours, then I ran out and now I’m home again waiting for him to take a nap. Then, I’ll leave again about six o’clock to do what I have to do.”

The Missouri native noted that “having the consistency” of him being around the house all the time is “the most important thing.”

Shortly after welcoming his son, Cohen exclusively told Us Weekly how his priorities have shifted.

Sexy Celeb Dads With Their Kids

“I just take it day-to-day and I only say yes to things that I’m passionate about and I want to do,” the talk show host told Us in July 2019. “I was turning down [opportunities]. They were like, ‘Do you want to present an award at the Billboard Awards,’ I’m like, ‘Yes! But I can’t go to Vegas for 24 hours.’ I would’ve in the past.”

When Cohen does need to jet off, however, he has a variety of babysitters to choose from. When asked whether he would let any of the Real Housewives stars watch his little guy, Cohen exclusively told Us in August 2020 he would “call all of them” for the job.

“I think they’re all smart enough to know that if they messed up, it would not go well for them,” the Most Talkative author said. “They’re all moms and they’re all good moms.”