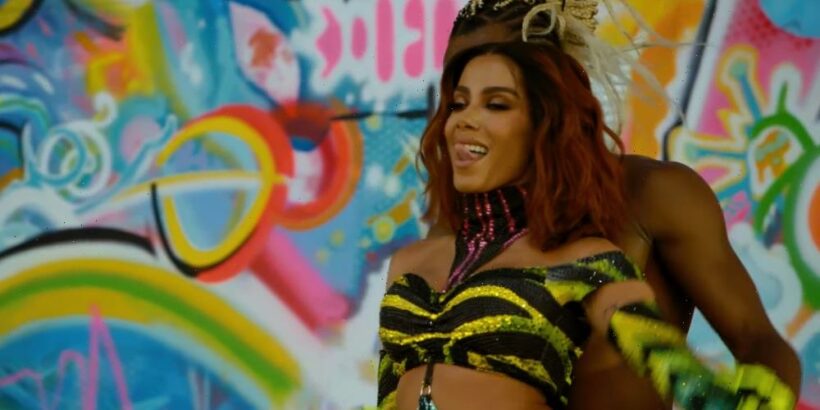 Brazilian singer Anitta has been a superstar in Latin America for years but is only now making a concerted move on the U.S. — and that move got a big exclamation mark with her elaborate, wide-ranging and eye-poppingly sexy performance at the Coachella festival on Friday night.

Musically, the 45-minute set featured a mind-boggling mixture of genres, emphasizing the Brazilian and Latin music that rose her to stardom, but adding in pop — her Ryan Tedder-helmed hit “Faking Love,” featuring a brief cameo from Saweetie — rock — the pop-punk “Boys Don’t Cry,” also from her just released album “Versions of Me” — hip-hop, and a Diplo-helmed dance party that rounded out the last third of the set.

The set was equally diverse and arena-level visually. It opened with a stage set based on the Brazilian favelas the was raised in, with a pool table — featuring Snoop hanging out, smoking a joint — in front of fake buildings that her musicians performed atop while Anitta and 20 or so male and female dancers worked the front the stage.

Snoop introduced Anitta to the Coachella crowd and then largely stepped back, watching the booty action while puffing on his spliff. During the following dance segments Anitta (who is openly bisexual) twerked and caressed both female and male dancers.

About 20 minutes in came a dance interlude during Anitta changed, and then the set shifted to a more urban setting — the fake buildings transforming into a giant graffiti wall — as did the music, slowing down as she paid tribute to her roots with “Girl From Rio,” which interpolates Astrud Gilberto’s “Girl From Ipanema,” probably the best-known Brazilian song in the world.

For the final segment, the backdrop changed to a giant wall of speakers as Diplo — whose music has long been steeped in Latin and Brazilian influences — occupied a DJ booth at center stage, peeling off remixes like “Vai Malandra” and “Medley Funk (Ai Vivo)” while Anitta and the dancers did a serious workout that peaked with what can only be called a booty solo: the dancers gathered around while she twerked with remarkable skill.

And with that, it’s safe to say that Anitta had made her mark — watch the Coachella livestream for rebroadcasts on Saturday.