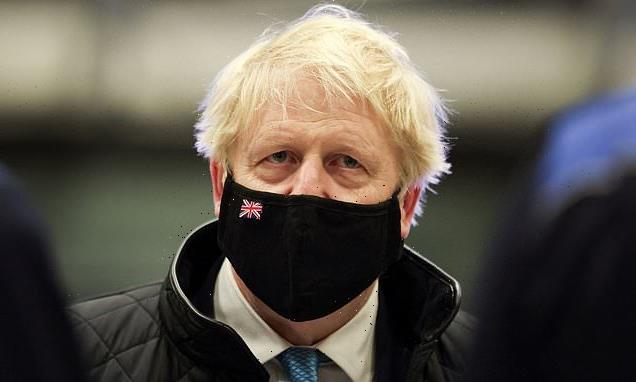 ANNA MIKHAILOVA: Tory donors are being told to give money to the party – not Boris – as fundraisers ‘try to move the focus away from the PM’ amid endless scandals

Tory Party fundraisers are desperately telling donors, disgruntled over endless scandals, that they should give money for the party – not Boris.

The ‘drip drip’ of Partygate and the bungled way Downing Street has handled it has already caused a number of donors to turn off the tap.

But now several chequebooks tell me that the message has shifted to try to keep the money flowing as Boris is increasingly being seen as a ‘liability’.

One donor said: ‘We are being told the Conservative Party will always be there, that leaders change. They are trying to move the focus away from Boris.’ 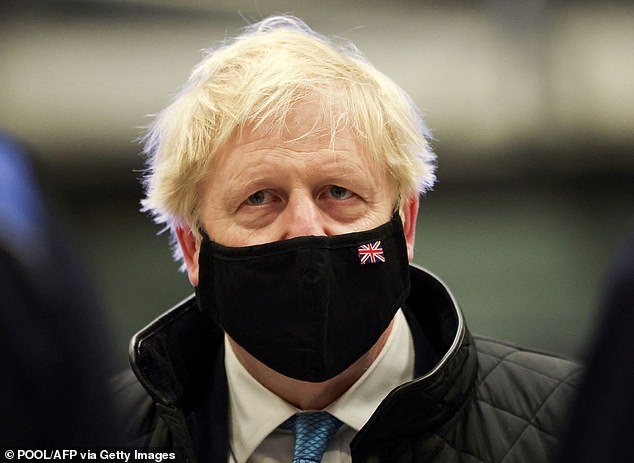 Tory Party fundraisers are desperately telling donors, disgruntled over endless scandals, that they should give money for the party – not Boris

This appears to be the first time the bombastic blond is no longer the big-ticket attraction.

A Zoom call with Tory donors last week held by Downing Street pollster Isaac Levido and the party’s CEO Darren Mott failed to reassure. Some donors were perplexed by the pep talk and one source said Levido appeared ‘out of his depth’.

Talk that the Conservative machine is struggling to recruit campaign managers for London ahead of the May elections – which CCHQ denies – hasn’t helped matters. Another Tory donor, who has significantly cut back donations over the Downing Street scandals, summed it up as follows: ‘The biggest problem of the Conservative Party has always been its “us and them” image.

‘We’d just started to cut through in the past few years. We had finally started to show people we weren’t the problem, we weren’t the enemy, and we would stand up for the people. And this whole saga has completely undone any progress we have made. It has done huge damage.’

Sometimes you just can’t have your cake and eat it.

The plot thickens over Lord Bethell’s ‘lost’ personal mobile phone. Readers will recall that despite initial denials from No 10, the former Health Minister had conducted Government business by WhatsApp.

When legally challenged to disclose messages connected with £90 million in Covid contracts, Bethell has since August come up with shifting excuses for why he couldn’t oblige: the phone was missing, then it was broken, then he remembered giving it to a family member. Finally, he said in a witness statement last October that he often cleared messages to free up space.

Now records of his ministerial meetings show a September 14 sit-down with Facebook listed as a ‘meeting to discuss WhatsApp message retention’. Was he asking for tips from WhatsApp’s owner?

The Department of Health refuses to say what was discussed or why the meeting took place at all, since it was not within Bethell’s brief.

COP26 President Alok Sharma was so busy meeting multi-nationals and multilateral lenders in the run-up to last year’s climate change summit that he had time for only one individual meeting between July and October, according to new documents released by the Cabinet Office. And who was the lucky person bending Sharma’s ear? Why, Stanley Johnson, the PM’s papa, of course, who, no sooner had the Glasgow shindig ended, got on a plane to eco-friendly Dubai.

Talking of excuses, the best of the week goes to Ian Liddell-Grainger. The Tory MP has been found guilty of failing to register a £10,000 freebie to a nuclear plant in China, paid for by the Chinese state.

Liddell-Grainger, who has Hinkley Point C in his Bridgwater and West Somerset constituency, then moved a parliamentary debate on the local power plant, referencing Chinese investment in it, but omitted to mention his jolly earlier that month.

Failing to flag an interest when starting a debate is another breach of the rules. Liddell-Grainger says he got ‘carried away’ making his speech as ‘my enthusiasm to get stuck into the text of my speech in a debate can get the better of me’.

Extraordinary – but the Standards Commissioner bought it and gave the MP a slap on the wrist.