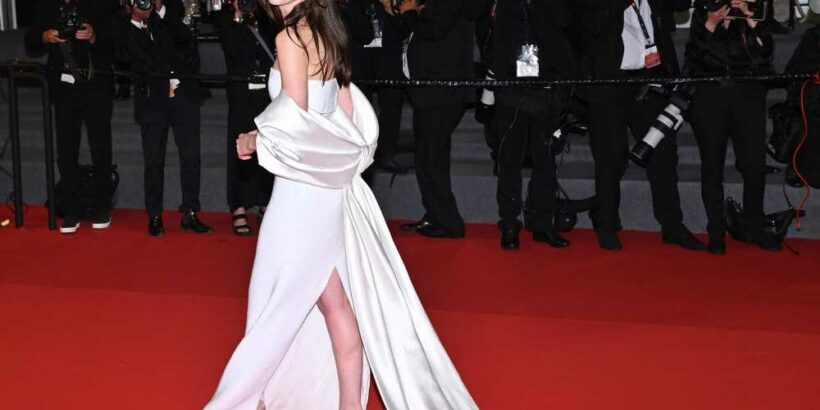 Bow down to the Princess of Genovia.

Anne Hathaway hit the red carpet at the 2022 Cannes Film Festival Thursday for the premiere of her new movie “Armageddon Time,” marking her first time at the star-studded French event.

And the “Princess Diaries” actress, 39, went all out for her Cannes debut, wearing a white strapless Armani Privé gown fully embellished with sequins, trimmed with a whisper-thin sheer panel and finished with an off-the-shoulder shawl that doubled as a dramatic train. 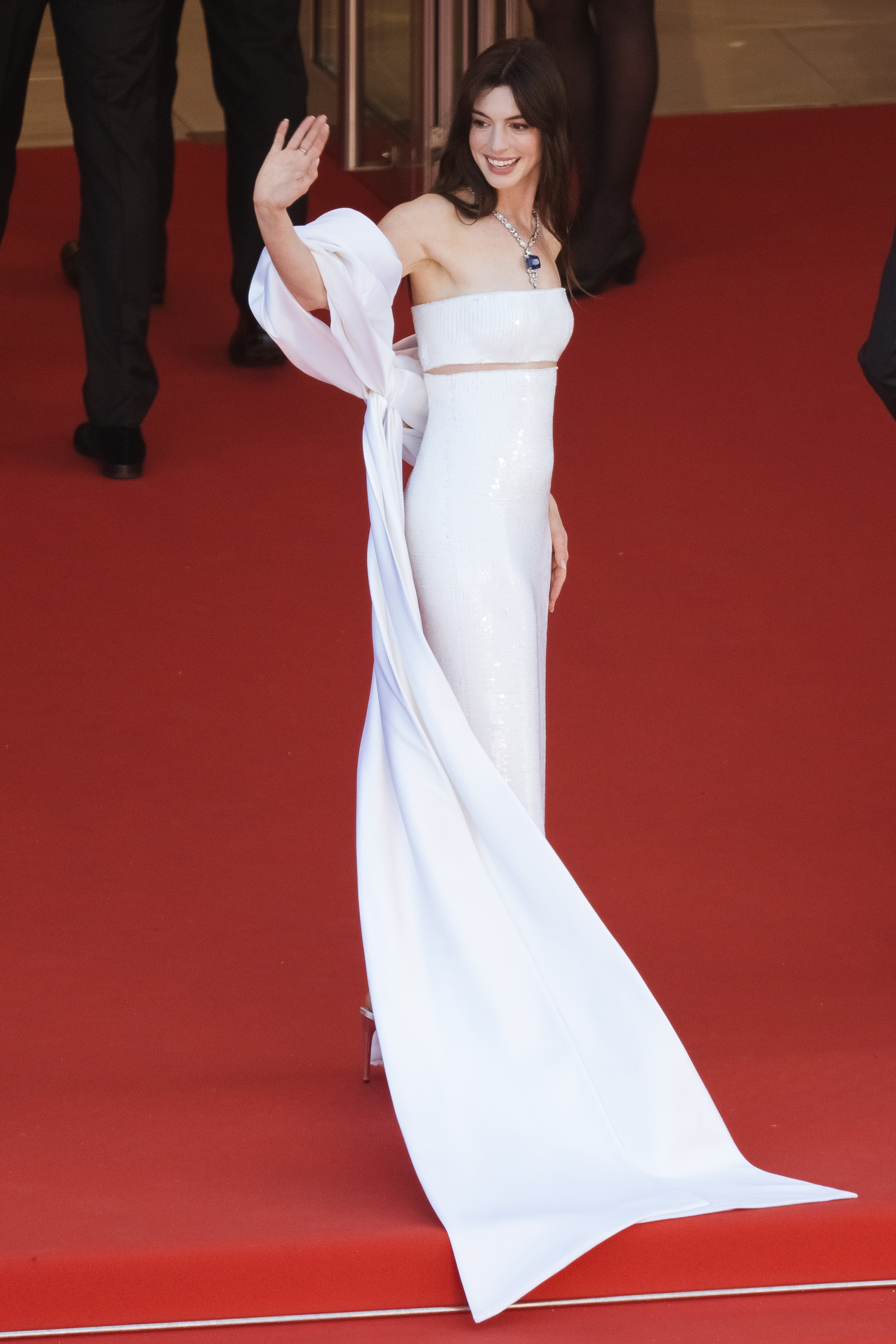 “You hire [stylist] Erin Walsh and you trust her,” the star told People of her elegant ensemble. “You know, I’ve never been to Cannes, and I’ve been watching the fashion of the film festival unfold for a couple decades now. And I’ve noticed certain things you can never go wrong with.” 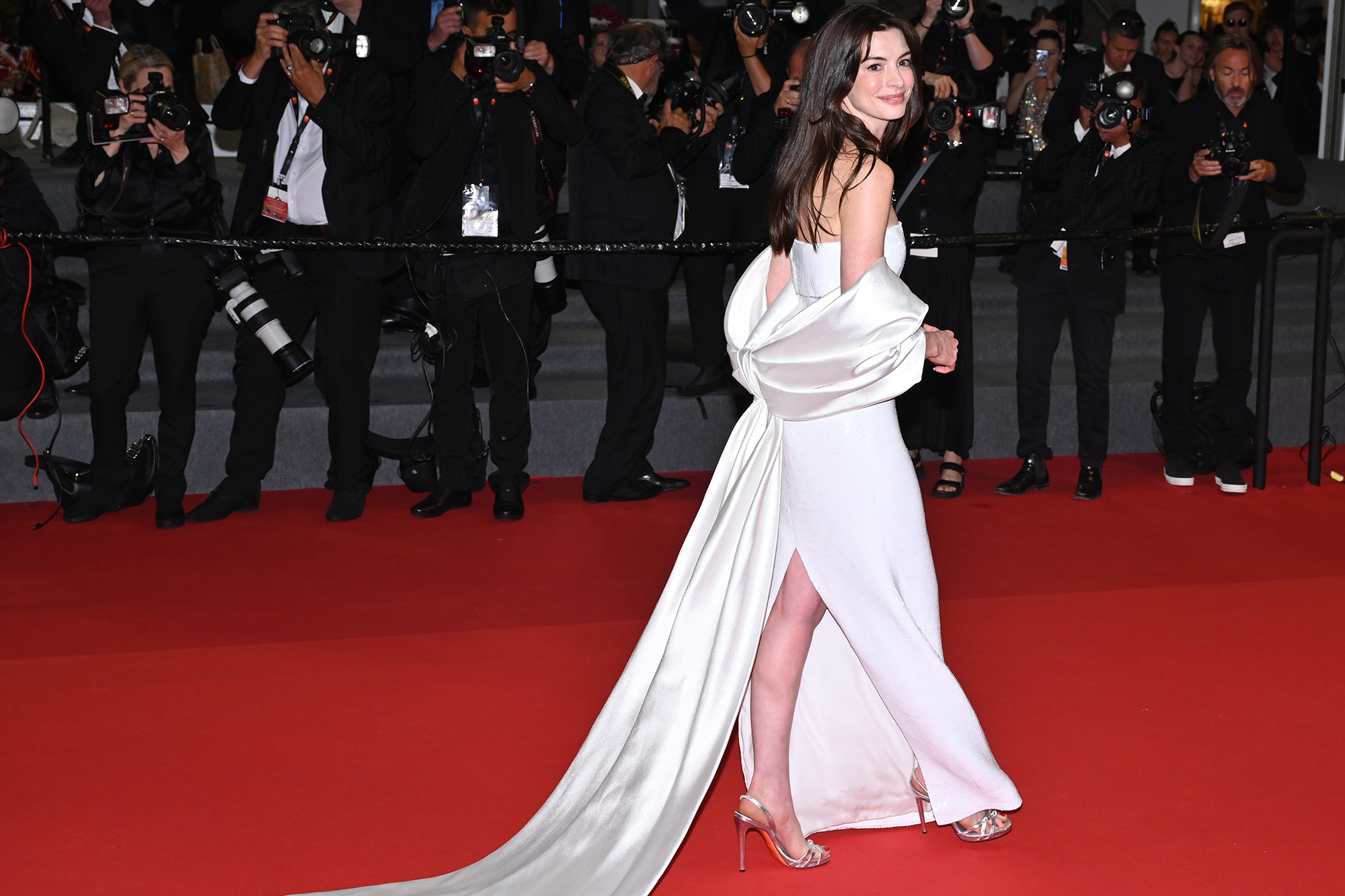 She was joined on the carpet by husband Adam Shulman, who also wore Armani, and her “Armageddon Time” co-star Jeremy Strong, who looked sharp in a navy-and-black tux.

Expect to see plenty more of Hathaway as the fest continues; on Friday, she attended a photocall for her latest flick in an equally head-turning blue minidress by Gucci. 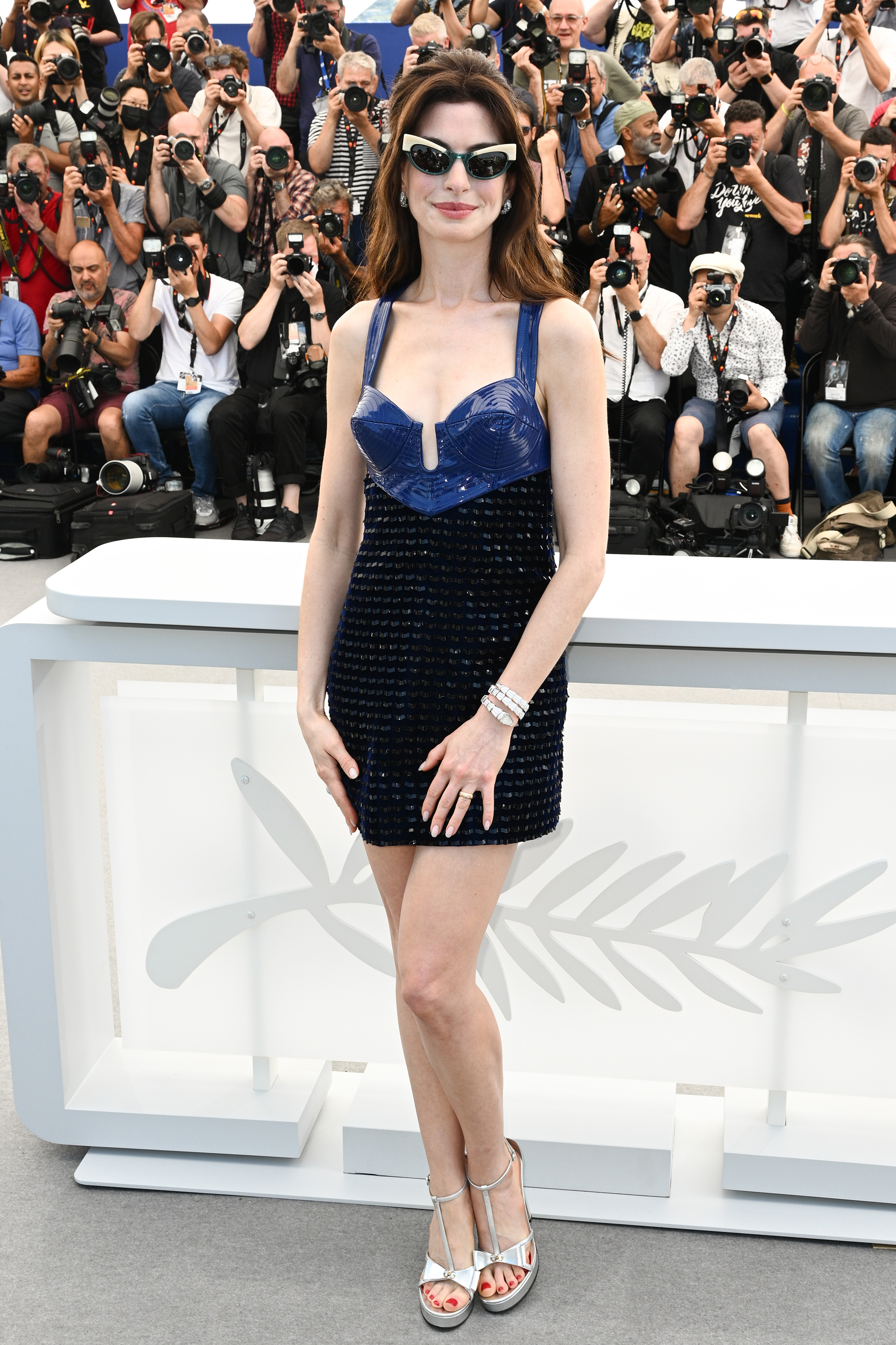