If you have Apple TV+, you’ve probably been hearing hype about a new mystery crime drama show called Truth Be Told that premiered on December 6 on the streaming service. It is stacked with stars, including Octavia Spencer, Aaron Paul, Lizzy Caplan, Elizabeth Perkins, Mekhi Phifer and more. Plus, Reese Witherspoon is one of the show’s producers, so you know it’s gonna be good.

The new true crime-esque TV show features Octavia Spencer playing a journalist, Poppy Parnell, that hosts a popular true crime podcast working to exonerate an innocent convict named Warren Cave (Aaron Paul). If that sounds anything like the hit true crime podcast, Serial, you nailed it right on the head. In fact, Serial‘s host Sarah Koenig is actually a consultant on the series.

Wait, is Truth Be Told based on a true story then? 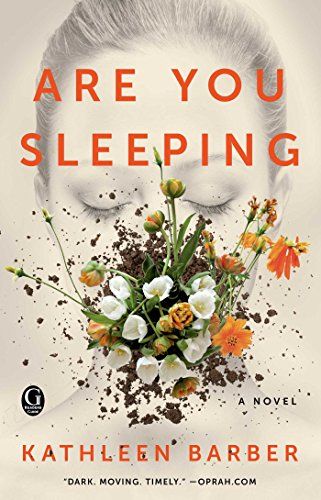 Sorry to disappoint all your amateur sleuths, but the TV series is totally a work of fiction. The show’s creator Nichelle Tramble Spellman did, however, based it on the novel Are You Sleeping by Kathleen Barber, which was heavily inspired by Sarah Koenig’s podcast Serial, according to The Hollywood Reporter. But the book itself is fiction, too.

Okay…so what is the new crime drama about?

Get ready to binge, because the plot is pretty juicy. Octavia Spencer’s character, Poppy, supposedly feels creeping guilt from having condemned a teenage boy (Aaron Paul) accused of murdering a man named Chuck Buhrman (Nic Bishop) 20 years ago. Now, she is reinvestigating the case to redeem herself and exonerate the innocent. Lizzy Caplan plays adult twin daughters of the murder victim (a dual role that’s apparently pretty trippy).

How does Truth Be Told differ from the book it’s based on?

The show reportedly takes a deep dive into the psychological forces driving each character, according to Spellman. “I felt like the one thing that we did a little bit different was to lean way more into the effect of this on these people,” the series creator told Variety. “So what does this podcast coming up do to all of the people it’s touching: How do they interact with their coworkers, how do they live their lives day to day something that they put to bed 20 years ago?”

The first three episodes of Truth Be Told are now available to stream on Apple TV+.