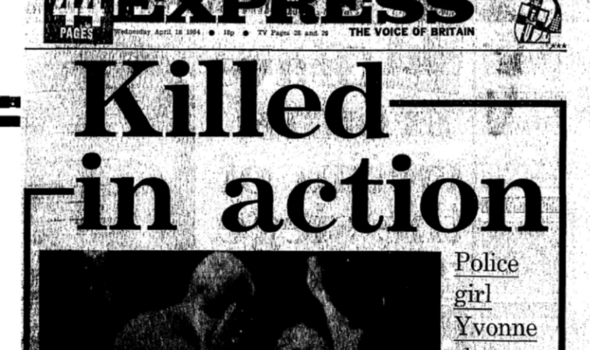 Fletcher was fatally shot from inside the building. Her fiancé Mick Liddle, also a police officer on duty that day, rushed to her side. The shooting sparked an 11-day siege of the embassy.

67 years ago (1955) The world’s most eminent scientist Albert Einstein died in hospital in New Jersey aged 76.

Einstein was awarded the Nobel Prize in 1921 for his 1916 Theory of Relativity but in 1933 he fled Germany after Hitler seized power and Jewish scientists were targeted by the Gestapo.

He settled in Princeton.

28 years ago (1994) Aid workers reported ethnic violence in the Rwandan capital Kigali had started to spread throughout the country.

It is estimated between 500,000 and a million were killed by extremist Hutu militia against the ethnic Tutsi and moderate Hutu population in what remains one of the worst examples of genocide since the Second World War.