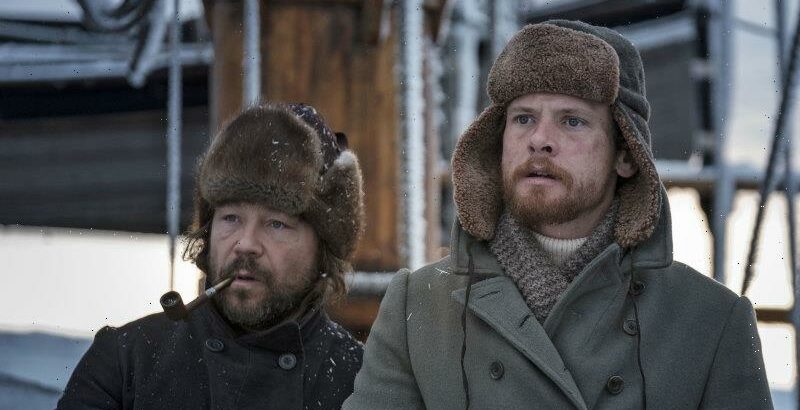 This adaptation of Ian McGuire’s 2016 novel The North Water, about an ill-fated whaling expedition into Arctic waters in 1859, is bleak, wild and violent – and that’s before the ship has even left the dock.

The ship is The Volunteer, led by Captain Brownlee (the always brilliant Stephen Graham) and the crew he has assembled is even more motley than your standard whaler crew. An Arctic whaler is the kind of place where men are not asked many questions, and this suits both Brownlee and several others on board; the captain is complicit in a plot with the ship’s owner, whaling magnate Baxter (Tom Courtenay) to wreck The Volunteer for her insurance money as the whaling industry is on its last legs. 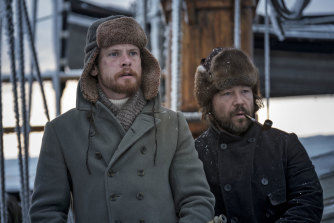 Jack O’Connell as Patrick Sumner and Stephen Graham as Captain Brownlee in The North Water.

Remaining remarkably faithful to McGuire’s “neo-Victorian” novel, we’re introduced first to Henry Drax, played by Colin Farrell, who transformed himself physically for this role; he’s a hulk of a man, physically intimidating and fully inhabiting the role.

An itinerant harpooner, Drax is a monstrous opportunist, motivated entirely by his desires. Within minutes of the first episode, he’s committed a heinous crime, and there’s worse to come. Patrick Sumner (Jack O’Connell), a former military surgeon, is at first an unlikely addition to the crew – ships’ surgeons are usually medical students, not intellectual types who spend their time in their cabins reading Homer – and his arrival arouses suspicion in the men, particularly Drax. But Sumner, who says he needs six months’ work while awaiting an inheritance, has his own secrets, quite apart from an impressive laudanum addiction. He’s at least troubled by his past – an incident during the siege of Delhi, which we see during his laudanum-addled dreams – whereas Drax seems to lack any moral compass whatsoever.

Once aboard the ship, rumours are rife, given Brownlee’s history, having lost another ship and 18 of its crew; the paranoia sets in early. 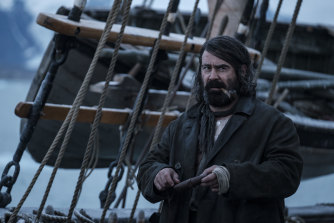 For those not familiar with the novel, the first episode might at first seem slow, but if you’re still watching by the time the unflinchingly gruesome depiction of whale and seal slaughter assaults you, you’ll either be hooked or horrified; likely both. And as the journey progresses, the mood that envelops the doomed voyage grows ever darker. As Brownlee remarks at one point, whaling men tend to be “refugees from civilisation”, and as The Volunteer heads further away from any physical civilisation, life on board grows increasingly miserable; expect sodomy, theft and more than one murder.

The acting is superb, and Farrell, even when mostly grunting or smirking like a deranged psychopath, is the standout; he brings McGuire’s Drax to life so well it’s frightening.

The acting is superb, and Colin Farrell, even when mostly grunting or smirking like a deranged psychopath, is the standout.

Directed by Andrew Haigh (45 Years, Looking), The North Water had a budget that allowed for extraordinary authenticity, including travelling to the real Arctic for four weeks to film in icy waters just south of the North Pole – further north, reportedly, than any drama has ever been filmed. The cinematic scenes among the glaciers and pack ice, at once beautiful and terrifying, coupled with the meticulously recreated 19th-century ship scenes, are astounding.

From the filth on deck after the whale flensing (obviously no seals or whales were harmed, but some of these scenes are still distressing, none more so than those of Drax rejoicing in a spray of blood as he harpoons a whale) to the claustrophobia of Sumner’s cabin as he sinks into his paranoid laudanum stupors, Haigh has conjured an evocative sensory experience that is both barbaric, nightmarish and utterly gripping.