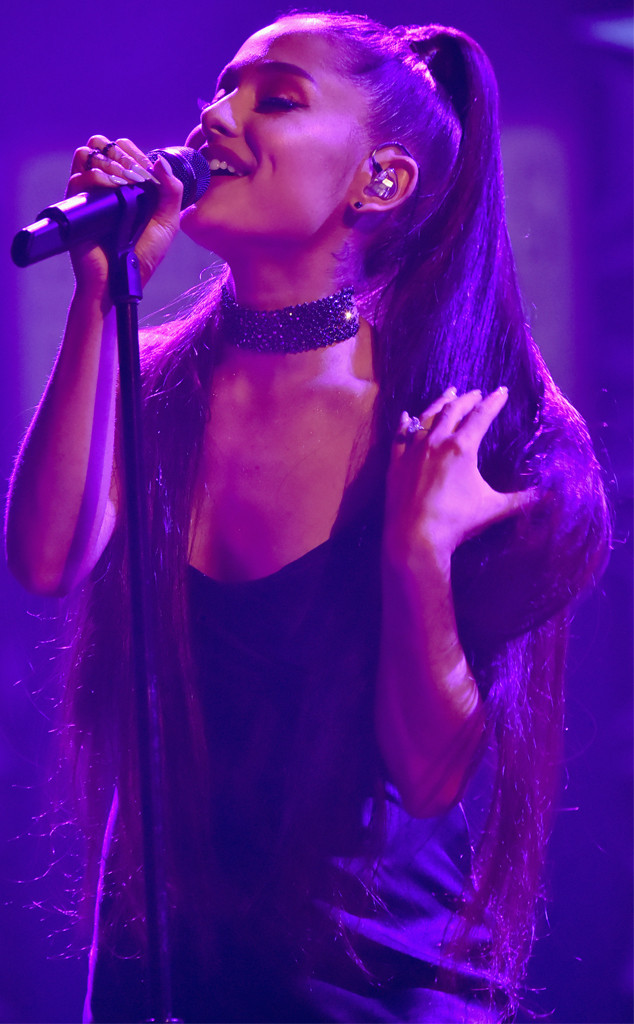 We dare you not to focus on Ariana Grande‘s impressive engagement ring.

For the first time since the news broke of her shocking engagement to Pete Davidsonearlier this week, the songstress stepped out for a public appearance on Thursday night. The occasion? The Songwriters Hall of Fame 49th Annual Induction and Awards Dinner, where she took the stage inside New York ‘s Mariott Marquis Hotel.

Donning a floor-length black spaghetti-sleeved dress and her signature ponytail, Grande finished off her look with her special pear-shaped diamond ring on her left hand ring finger, the same one she’s been sporting in recent weeks. According to Davidson’s jeweler, Greg Yuna, the engagement ring comes in at just over three carats and cost the SNL comedian a whopping $93,000. 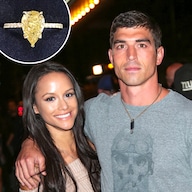 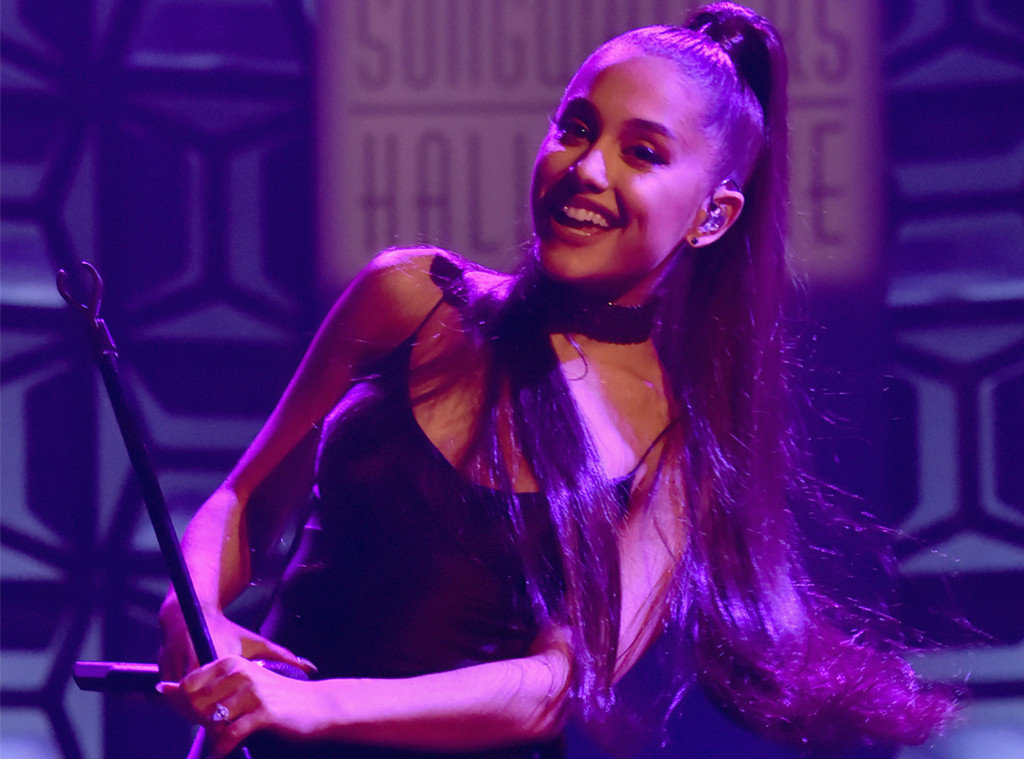 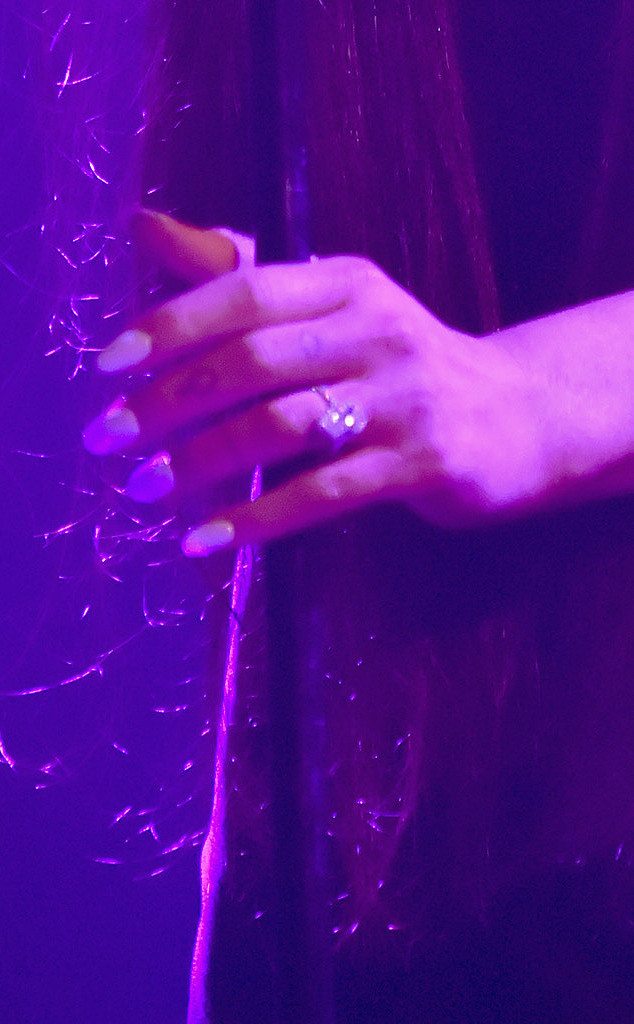 While her personal life seems blissful amid her whirlwind romance, the star is also in the midst of some serious musical success. Ahead of the release of her fourth studio album, Sweetener, the star has released three singles—one with Troye Sivan, “Dance to This,” another with Nicki Minaj, “Bed,” and a third from her record, “No Tears Left to Cry.”

Currently, all three are in the top five on iTunes’ worldwide song chart.

“I am eternally screaming thank you,” the star wrote on Instagram in response to the exciting news.

It sounds like the star is happily floating on cloud nine.

“I cant believe my life rn tbh,” she tweeted early Friday. ‘If i’m dreaming pls knock me the f–k back out.”