Authorities in Texas have issued an arrest warrant for a Utah man who’s suspected of stealing a vehicle belonging to a slain New Hampshire couple whose bodies were later found buried on a Texas beach.

This was roughly five days after the vehicle’s owners, Navy veteran James Butler, 48, and his wife, Michelle Butler, 46, were last heard from, their family has said. The couple’s bodies were later found buried along Padre Island beach near Corpus Christi on Oct. 27 and 28. Though the cause of death has not been publicly released, the manner has been ruled as homicide.

Authorities said the public should consider Williams to be armed and dangerous. 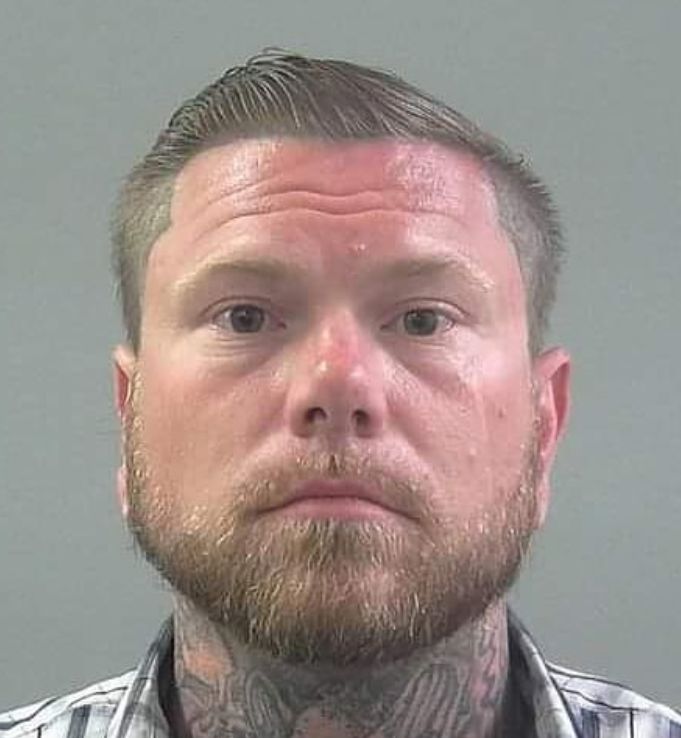 “Right now he’s facing a felony theft charge. That’s what we have the evidence for,” Kleberg County District Attorney John Hubert said at a press conference Tuesday. “As we gather evidence, we will see [what] the evidence shows. Basically we have to follow the evidence.”

In addition to the theft charge, online records show Williams has three unrelated arrest warrants in Utah, including for forcible sexual abuse and driving under the influence. According to Salt Lake City station ABC 4 News, his arrest record also includes rape, forcible sodomy, sexual abuse, aggravated assault, felony assault by a prisoner, and interfering with an arresting officer.

A woman seen riding with Williams was identified Tuesday as Amanda Noverr, 32, also of Utah. She has been named a person of interest in the case.

It’s not yet clear what relationship Williams and Noverr had with the Butlers or what they were doing in Texas, authorities said.

Surveillance footage captured them passing through the Eagle Pass border station, which is roughly 245 miles northwest of Padre Island.

Hubert said he is not aware of any sightings of the Butlers’ vehicle since then.

“Any sightings that may have happened are kept closely with the investigation phase at this point,” he said.

In addition to gauged earlobes and tattoos, authorities said Williams has a scar above and below his left eye as well as two moles on his face, one above his left eye and one on his left cheek.