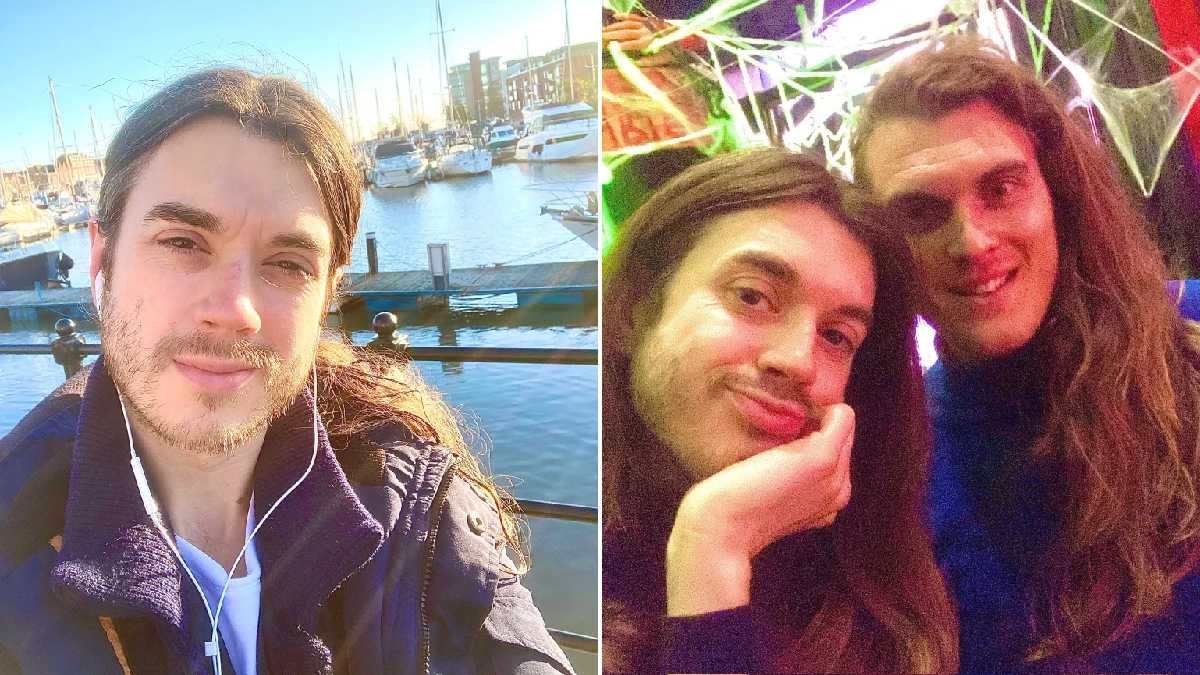 If you’d have told me 15 years ago – when I first moved – that I’d come back to live in my hometown, I would have laughed in your face and maybe given you a slap.

I moved away for university and found a sense of freedom that I sorely lacked in my childhood, which made me think at the time that I’d never return.

But incredibly, I have been in Hull for a month now and it’s been amazing.

My time as a child and young adult was relentlessly horrible, with secondary school being the worst. The way I walked, gestured, spoke – everything was mocked.

I felt like my whole identity was based on what other people saw me as and I had no freedom to form my own. I was seen as a boy but not really – something ‘freakish’ that was in between.

Been labelled ‘gay’ when you don’t even know what it means is damaging. I knew I liked boys when I was as young as five, but it didn’t feel like a ‘thing’, just like being heterosexual doesn’t. Having this label thrust upon me, and being told it was wrong and a joke, made it harder to accept my sexuality later on.

But it’s like this for most LGBTQ+ people. We’re called names, labelled as being something alien, our identity decided for us. We learn to keep our heads down, mouths shut. Hull was always representative of this for me.

So, at the age of 20, I decided to get out and leave for university in London.

My parents had both flown their respective nests for university in London in the 80s, desperate to see more of what the world had to offer. They instilled the same mentality in me.

As a gay man who had come out four years prior, leaving also felt like a necessity. Hull didn’t feel like the sort of place I could find who I was. London – where people did whatever the hell they wanted, according to my parents – was where I needed to be.

The day I left for university, I was stressed about moving somewhere so different to what I was used to and as a classic introvert, about meeting new people. But I was also excited. I was finally leaving the place that had, as a gay person, always made me feel like a freak.

London took a bit of getting used to but ultimately, I found what I was looking for: me.

I successfully completed my degree, took promiscuity to another level and made lifelong friends. Finally, I was free to find my own identity.

It felt weird and overwhelming at first – I wasn’t used to the space London had to offer – both physically and mentally but ultimately, it felt ‘right’. If I hadn’t gone to the capital, I also wouldn’t have met my husband, Jay, in 2011.

I don’t believe in needing another person to ‘complete you’ but I honestly don’t think I became my true self until I found him. Being in London together as a couple is ironically what I needed to find myself as an individual and an empowered gay man.

When the pandemic hit last year and we lost our jobs in a London theatre, Jay and I moved in with his nan in Kent, then got married – both of which were very challenging experiences. Planning a pandemic wedding was a nightmare and living with an elderly lady was also not ideal as newlyweds.

Once the height of Covid-19 felt like it had passed, we knew we had to move on with our lives. We want to start a family in the next five years but going down our preferred route – surrogacy – is incredibly expensive.

So, we needed to live somewhere we could save money and had a support network. We realised that London is just too expensive to have any sort of stability, so returning was out of the question. There were numerous chats over Zoom with my family who still reside in Hull, and they encouraged us to move there.

Jay and I didn’t make the decision overnight and we had several heated exchanges. He didn’t want to move too far from his friends who were still in London and as a creative person, worried about what Hull had – or didn’t have to offer.

Being the more pragmatic one, I reasoned that in Hull, where one can rent a large house for around £700 per month, we could save money and finally be able to realise our dream of starting a family.

At the same time though, I had serious doubts. I still associated Hull with my traumatic past and agonised over what would await a gay couple.

In the end, we decided that in order to move on with our lives and out of the pandemic bubble that was living in Kent, Hull was the best option. We could afford it and had support nearby.

My dad drove down and picked us up, before helping us move. I felt excited to enter the next stage of my life, but Jay felt guilty about leaving his nan. I kept telling him that other members of the family live nearby and will be there to look after her. It didn’t make it any easier.

I could say it was strange having our own space again, but it just felt natural, and we quickly got back into our old routine. Also, Jay started his new job a few days after moving so he didn’t have much time to think about this huge change. It’s been go go go for him.

We’ve been here for over a month now. Jay and I found a beautiful place to live, got pretty good jobs and have more space than we’ve ever had. We can finally plan our future together.

People are so friendly, and I don’t feel unsafe or stifled. Quite the opposite. Bus drivers want to help you out (this would be a miracle in London), and generally, people are conversational and open.

I’ve definitely got the mentality of a Londoner, where I’d rather just be left alone – I think this is because of the way I was treated as a child – but just knowing that you’re being ‘welcomed’ so to speak, feels incredibly warming.

Since its appointment as City of Culture in 2017, Hull’s arts scene has become more prominent, which is fundamental for us as creative people. There’s a big emphasis on community and being proud of where you come from.

I feel part of something, rather than like I’m on the margins. My sexuality isn’t all I am, which is how I felt growing up.

Who knows what the future will hold but Jay and I hope we’ll stay in Hull for the foreseeable future. Finally, after things were so up in the air during Covid-19, we have some grounding.

With rent being substantially cheaper than London, we hope that soon we can start to save for the costs of starting a family.

Do I worry that our child or children might have a similar experience as me growing up in Hull – especially having two dads? Course, but from what I’ve seen so far, the city has become more accepting of LGBTQ+ people and its sense of community is inspiring.

I thought I’d feel unsafe or that I’d stand out as a gay person but so far, it’s just not been made a ‘thing’ of.

I – and the rest of my community should never feel grateful for not being victimised but comparing how I’m seen and how I feel to 15 years ago, the city has definitely changed for the better.

I had a much-needed break from the place I grew up in and I feel like my life has come full circle. Now, I can appreciate Hull for the buzzing, beautiful and proud city it is.

As well as being a proud gay man, I can finally say I’m a proud ‘ull-ian’.