The posh pork bangers are part of the supermarket's premium Extra Special range and cost £2.98 or you can get two packs for £5. 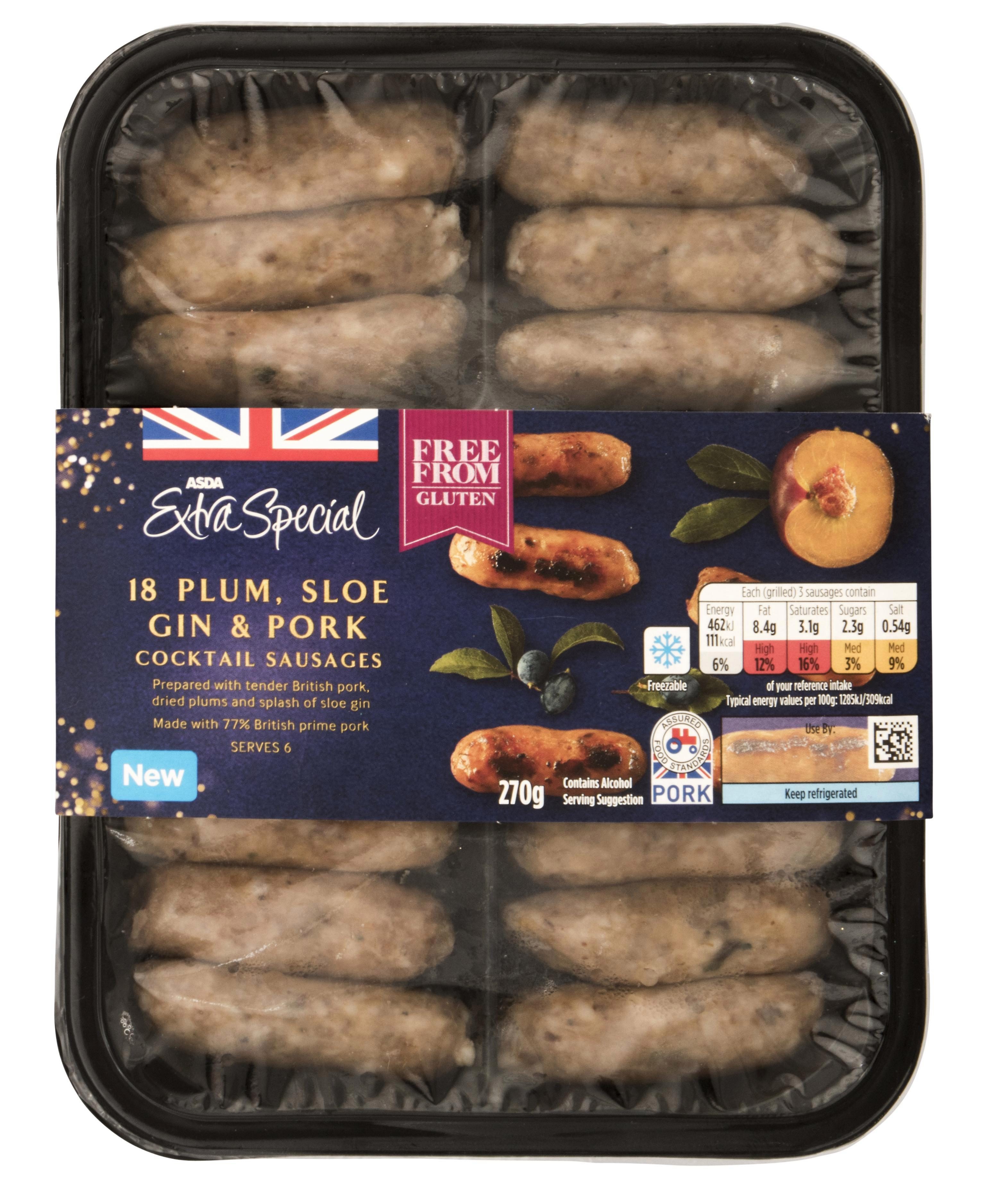 They're pretty pricey compared to a non-boozy version of the bangers which cost 48p less from Tesco at £2.50 a pack.

The party snacks don't land on shelves until October 29 but we've already had a sneak peek at what's to come.

They pack a sweet, fruity punch with every bite but we're not going to lie, we can't really taste the gin.

That's probably because each sausage contains less than 0.5 per cent ABV , so you won't need ID to buy them.

Here's how to cut the cost of your grocery shop

You can definitely taste the plum and sloe fruits in the porkers but they'll never replace a real glass of gin and tonic.

That makes three sausages each, which contain a total of 111 calories. They're made with 77 per cent British prime pork and they're Red Tractor approved which means they're responsibly sourced.

The sausages are raw and aren't Christmas party ready, so you'll need to stick them in the oven before serving.

We've not seen any other boozy sausages in supermarkets yet but last year Aldi launched prosecco-infused cocktail sausages.

Asda has also turned the best bits of Christmas dinner into a snack with its turkey and stuffing flavoured crisps.

It might be Halloween soon but retailers are already cashing in on Christmas.

Tesco is selling an After Eights advent calendar and it's in the shape of Big Ben – although it might not be worth the money.