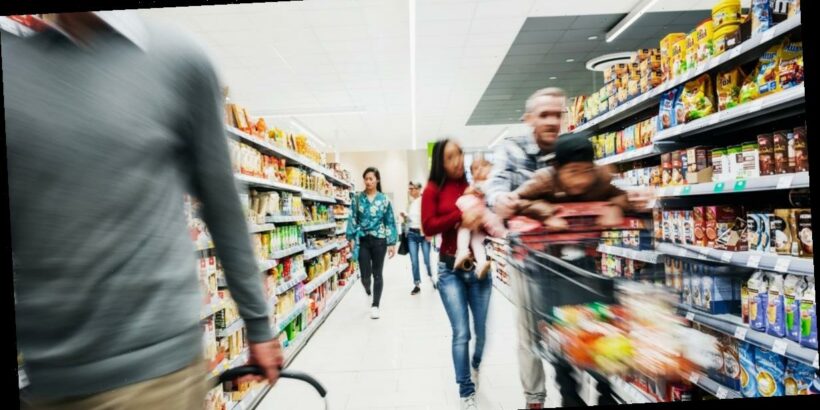 They concluded that Asda was the cheapest online supermarket in January 2021 for the ninth month in a row.

So if you’re looking for the least expensive option so you can keep the cost of groceries down, Asda is your safest bet.

But it’s not all good news, Alertr also found that each of the seven supermarkets that were tracked had a higher average basket cost than they did in December 2020. Basket prices increased from between 22p and £9.38.

The price tracking website was able to find this out by tracking how each online retailer prices the 42 items outlined in the government’s Consumer Price Index “shopping basket” on a week-by-week basis.

This includes items such as eggs, milk and bread, as well as non-perishables such as pasta, rice and cereal.

But discount retailers Lidl and Aldi were not included because of the inability for customers to shop full ranges online and not having the same like-for-like branded products. A shopping basket at Asda was found to cost £109.20.

The second cheapest supermarket was found to be Iceland, with an average basket cost of £115.53.

This is £1.89 cheaper than Morrisons, which came in at number three on the list, with an average shopping basket costing £117.42.

Coming in at number four is Tesco, where an average basket cost £118.19

Squash (Robinsons Summer Fruits) was £1.65 at Tesco in week one but went up to £1.50 in week two, staying the same for the rest of the month.

Meanwhile, the most expensive supermarket was found to be Waitrose, where an average basket cost £127.70.

Below is the full list of each supermarket’s average basket costs, from lowest to highest, over the four week period of January. Andy Barr, co-founder of www.alertr.co.uk, said: “We are well and truly in lockdown and it seems supermarkets are indeed increasing their prices as all stores had a higher average basket cost than they last month, but it seems Iceland noticed they were becoming more expensive than Morrisons and have taken price cuts to keep up with the competition, crowning them the second cheapest supermarket for the month of January.

“Asda still remains the reigning champion as the cheapest online supermarket for the ninth month in a row and it seems other supermarkets will really have to look into cutting their prices if they want to knock them off the top spot any time soon.”