ATTORNEY GENERAL GEOFFREY COX: We must grasp this chance of freedom now or spurn a fleeting moment of opportunity

Within a few short days, the House of Commons majority will exert itself. It is likely it will once again vote to reject leaving the EU without a deal and place before the House a choice of options, that it will inevitably move to make binding, each of which will require a long extension of the Article 50 time limit for our departure.

In that time, the opponents of Brexit will deploy all their energies to bring about another referendum, or at least, our continued membership of a customs union and the single market.

I supported leaving the EU. I campaigned to leave because I believe the decision to join 45 years ago was an historic mistake engendered by a catastrophic loss of confidence in our ability to govern ourselves on the part of the politicians of the time. 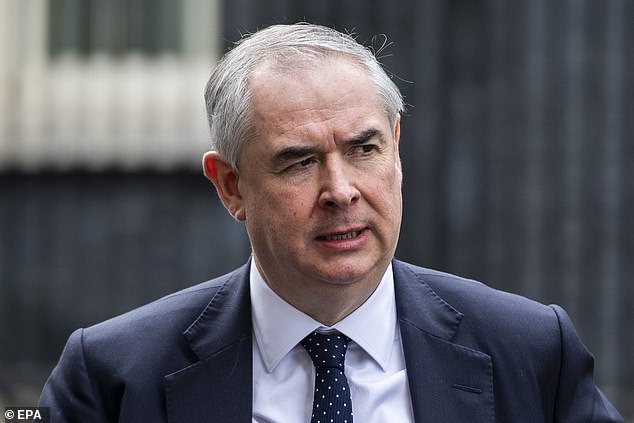 I do not believe we need fear self-government. As we approach the edge of departure, it is natural that some should shrink apprehensively from taking the last step into a future where we shall again be solely responsible for our own destiny. But we shall soon find our feet and regain the habits of independence and the benefits that will flow from it.

No. I do not fear independence. My biggest fear is that we shall never get there.

Those who oppose our departure are determined to play on the anxieties and fear of change that our exit naturally awakens. They want to create the impression that it is impossible and that the difficulties and complexities of it are too great. 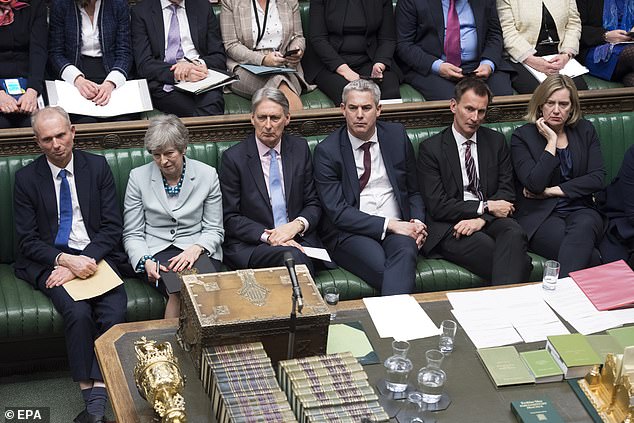 Theresa May was humiliated on Monday night as MPs took control of Brexit, after 29 Tory MPs voted for a Labour motion

What’s worse is that many honourable supporters of Brexit, for the best of motives, are at risk of unintentionally aiding them. Victory in the referendum was just a first step. Did we really think that the powerful and unreconciled forces that opposed us leaving the EU would just go away and let it happen? Of course not.

Those forces dug in and waited, looking for weaknesses, all the time vigilant for the chance to exploit divisions and disagreements among the winning side. Alas, they found them in abundance and having found them, they applied themselves with vigour to enlarging and encouraging those differences, dividing us into factions and playing on our distrust of the EU, knowing that their best friend was the paralysis that would follow. 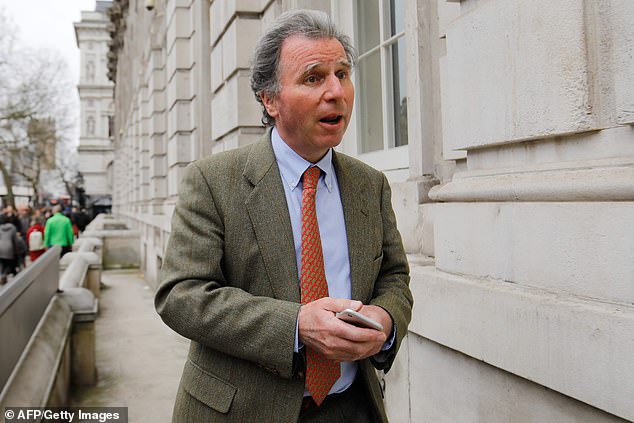 Those forces are still very powerful, and they are now about to make their final move. In the House of Commons, they will have the majority. There has only ever been one reason I have consistently backed the deal. Its disadvantages have been exaggerated and demonised by those who still oppose our exit, as well as by Brexit supporters upset at its flaws and imperfections.

But it is neither more nor less than an improvised life raft. Metaphorically speaking, constructed of a couple of oil drums and rigged together with bamboo and a plastic sail, it is the contraption that will get us out, beyond the reef and into the open sea, out of the EU where we can begin to chart our own course. Once we are out, legally we are out.

We retake a vast array of powers, and we cannot re-enter save by an accession process that would take years, and almost certainly only by accepting the euro and without our rebate, which the British people would never accept. In other words, it ensures we leave.

That is why Tony Blair and Alastair Campbell and all the most ardent proponents of reversing the referendum result are so desperate that we should reject the deal, which they know, is now the only practicable means of leaving the EU immediately that could pass the House of Commons.

We must grasp our freedom now, and heed the beckoning call of the future, for if we do not, history will marvel that we spurned this fleeting moment of opportunity.