ROME (Reuters) – The Auschwitz-Birkenau holocaust museum said on Tuesday it will boycott Turin’s prestigious international book fair if a publishing house close to an Italian neo-fascist group is allowed to have a stand there. 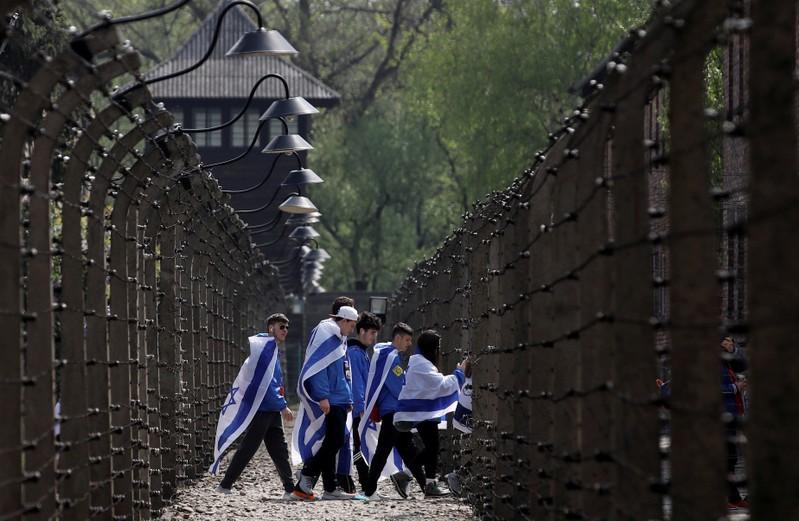 The announcement followed growing discontent in Italian literary circles over a decision by the fair’s organizers to include Altaforte publishers. The firm is run by its founder Francesco Polacchi, who defines himself openly as a fascist.

The fair runs from May 9-13 and the museum had been planning to hold a panel at the event on Thursday with Holocaust survivor and writer Halina Birenbaum.

“We cannot ask the survivors to share the space with those who question the historical facts that led to the Holocaust, with those who re-propose a fascist idea of society,” the museum wrote on Twitter.

It has said it would stage the panel event elsewhere in Turin if it left the book fair.

The fair’s organizers said in a post on Facebook that the Italian constitution called for freedom of speech. It added that Altaforte had the right to its own stand because the group had never been convicted of crimes related to fascism.

The city of Turin, which is governed by the anti-establishment 5-Star Movement, and the broader Piedmont region, which is run by the center-left Democratic Party, issued statements saying they would sue Polacchi for his fascist views.

Under existing laws, pro-fascist propaganda is deemed illegal if it is seen to be part of an effort to revive the old Fascist Party.

Altaforte has recently published a book of interviews with far-right League leader Matteo Salvini, who serves as deputy prime minister and interior minister.

Polacchi has dismissed the controversy over his company’s presence at the fair and has asserted both his own fascist beliefs and his membership of the extremist Casapound group. “The real problem with this country is anti-fascism,” Polacchi told Radio 24 this week.

In an interview with La Stampa newspaper on Tuesday, he said he had never questioned the veracity of the genocide of Jews in World War Two. However, he praised Italy’s fascist wartime leader Benito Mussolini as the country’s greatest statesman.

Contacted via his Facebook page, Polacchi made no immediate comment about the Auschwitz museum or about the decision by city and regional authorities to sue him.

Some well-known writers and intellectuals have dismissed calls for a boycott of the Turin fair.

They included writer Michela Murgia, who said such a boycott would be counterproductive.

“We will not let Italy’s most important publishing event fall into the hands of the fascists,” she said.