Best books on train trips: Author Patricia Nicol suggests the novels you should take with you on a commute

I have romantic notions of rail travel that, despite the humdrum reality of scratchy seats, smeared windows and noise-polluting fellow passengers, I cannot seem to shunt into the sidings.

How else to explain that by the time this is published, my family should have travelled from London to Berlin via Cologne, with the Bavarian Alps, Lake Konstanz then the Rhineland in our sights.

I have rarely been such a geek as with the planning of this interrailing trip, poring over Europe By Rail: The Definitive Guide and Deutsche Bahn timetables. It is fiction, in books and on screen, that has fed my fantasies of on-track adventure. Or, misadventure.

Murder On The Orient Express is one of many Agatha Christie novels to feature trains and to throw together an apparently disparate party of international travellers. Hercule Poirot journeys from Aleppo in Syria to Istanbul, intending a holiday. Summoned back to London, he secures the last berth on the Simplon-Orient express. 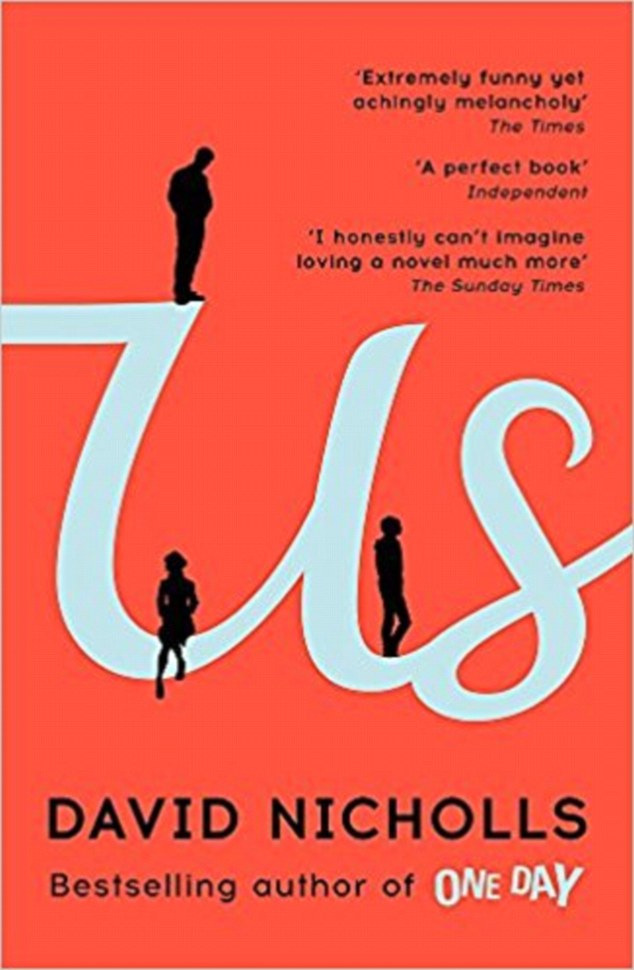 She also recommends the novel Us, written by David Nicholls, (pictured), which is about the Petersen family corssing borders

After a fitful night’s sleep, he awakes to discover that the train has been stranded in a snowdrift in the Yugoslavian mountains and that the boorish American in the neighbouring compartment has been murdered. All other passengers are accounted for, meaning, ‘The murderer is with us, on the train now’.

Christopher Isherwood’s debut novel Mr Norris Changes Trains, published a year later, in 1935, draws on his experiences in Thirties Berlin. In the compartment of a train crossing into Germany, its young male narrator strikes up a curious friendship with the older, snobbish and shady Arthur Norris, who he suspects is a smuggler or spy.

In David Nicholls’ Us, the precious cargo crossing borders is the fragile Petersen family. In its opening pages, Connie tells Douglas their marriage has reached the end of its line.

Yet the middle-aged couple persist with plans for an interrailing ‘Grand Tour’ send-off of Europe’s cultural capitals for their 18-year-old, Albie.

Should my family encounter discord, we can always read our books, or watch the scenery roll by.