Sydney Seaplanes plans to create an all-electric and zero-emissions airline as soon as 2025, potentially making it the first carrier in the world to do so.

The company, which currently operates five seaplanes mostly from Sydney Harbour, said it plans to expand its fleet by as many as four more aircraft, and begin operating commercial battery-powered flights, by early 2023. 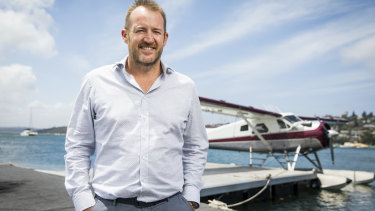 "We believe there will be a revolution in aviation and we want to be at the forefront," Aaron Shaw, chief executive of Sydney Seaplanes, said. "This is the way of the future."

“Combined with our commitment to use solar technology in our charging facilities, this puts
us in a very strong position to become the world’s first fully-electric nil-emissions airline,
subject to the speed of regulatory approvals," he said.

As with ground transport, many companies are developing electric aircraft with the aim of one day replacing engines that now use fossil fuels as their power source. Battery weight, though, has so far been one key obstacle limiting the advance of such vehicles in the air.

For Sydney Seaplanes, many of its flights are short, such as 10 minutes or so from its base at Rose Bay north to Palm Beach.

It also plans a trial flight next Tuesday from Sydney Harbour to Canberra's Lake Burley Griffin, though, with the intention of starting thrice-daily return flights to Canberra from next September.

“The environmental benefits are clear, with nil-emissions travel already technically possible on shorter journeys and with the exponential improvement in battery technologies range will continue to increase," Mr Shaw said, adding those gains will enable the company to convert the Canberra and other flights to battery-powered one in years to come.

Among the benefits that non-passengers will enjoy include a reduction in noise of as much as 75 per cent compared with the existing aviation-fuel powered planes, the company said. 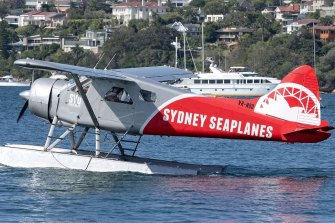 Sydney Seaplanes is planning to move to an all-electric airline, potentially being the first in Australia, or anywhere, to achieve such a goal.Credit:David Oates

Mr Shaw said the technological advances are making electric planes competitive quite apart from the emissions and other gains. Electric aircraft engines, for instance, require a thorough overhaul after every 10,000 hours compared with 3600 for the engines the company is currently using.

Still, the research and development costs aren't small. Sydney Seaplanes and its partners, including Gold Coast-based aircraft engine-maker magniX, plan to spend "upwards" of $5 million over the next two years, Mr Shaw said.

The regulatory process may also be a lengthy one. Sydney Seaplanes said it would now start working with the Australian Civil Aviation Safety Authority to secure approval to convert the first of its planes, a 12-seat Cessna Caravan plane.

If secured, it would be the first all-electric aircraft certified in Australia to fly commercially, Sydney Seaplanes said.