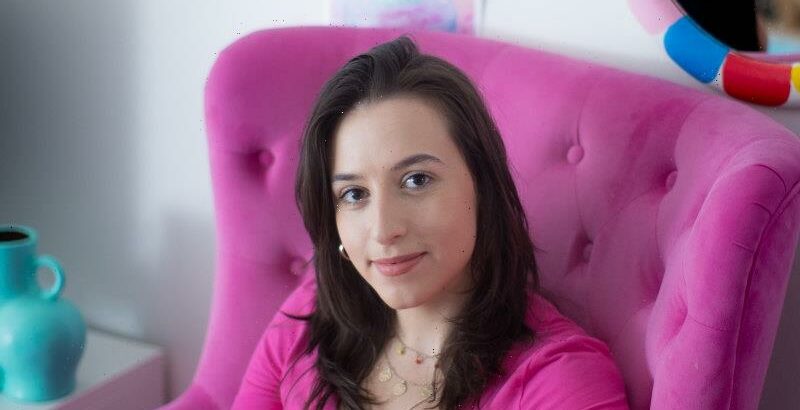 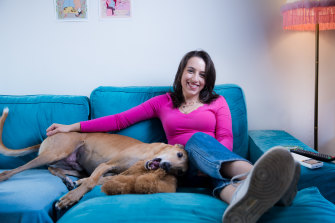 Melis Layik, 23, feels like she has no influence over politics.Credit:Simon Schluter

“In all honesty,” says 23-year-old Melis Layik, “I’m completely disillusioned with Australian politics. I don’t think that voting anyone in is going to radically alter my life in the way I want it to.”

Young voters have long been chastised for a perceived ambivalence to politics. But Layik is far from apathetic – she lost all three of her casual jobs in lockdown and struggled when the government started withdrawing payments in late 2020. She cares deeply about political issues such as the treatment of women and climate change.

But her pessimism, expressed among a group of under-25s convened by The Age to discuss their vote, speaks to a truth borne out by the numbers. When the major political parties vying to win the May 21 election look out at the electorate, they see young people are vastly outnumbered. Voters aged 55 and over make up 40 per cent of those enrolled to vote in this election, compared with just 25 per cent for 18-to-34 year olds.

An ageing population and a declining birthrate mean Australia has a lopsided electorate, in which older people have a disproportionate say over who will win government in three weeks time.

Labor’s shock loss under Bill Shorten at the 2019 election was credited partly to its agenda to rein in negative gearing and franking credits. That was intended to help young people get a foot on the property ladder, but was painted by the government as perilous to property-owning older Australians, who are more likely to vote conservative.

“Parties are now scared off talking about issues of housing affordability, let alone things like intergenerational or climate justice,” she says. “I think the parties are terrified of scaring Baby Boomers.”

Ironically, this feeling among politicians has coincided with the brutal experience of the pandemic, which hit Australia’s Generation COVID disproportionately hard. Mental health issues spiralled, house prices rocketed up 25 per cent, casual workers and artists were laid off and put on government payments, schools and university went online. Many missed crucial years of self-development in socialising and travel or at school and uni.

At the same time, some young Australians were awakened to politics by the pandemic. Among the group The Age spoke to about the issues that moved them, several describe being recently politicised.

“The pandemic kind of brought politics to light for me, I think, and like made me more politically aware,” says 24-year-old Octavia De Fazio, from the seat of Scullin. She’s decided her vote, but does not want to reveal her preference publicly.

Before the pandemic, she says she had never really paid attention, finding politics too complicated. But during Melbourne’s lockdowns, she became a daily viewer of the press conferences by Premier Daniel Andrews. “I was actually interested in it – as boring as they kind of can be – I was engaged.”

De Fazio now knows the difference between state and federal government, and what jurisdiction they have over her life. She knows who the state premiers are and has become a critical viewer of the actions and words of political leaders.

Stefan, 19, a student and casual worker from the northern Melbourne seat of Cooper, is the same. He did not want his surname published due to fear for his career, but last year he found himself watching live streams of parliamentary debates for the first time.

“During COVID lockdowns, that’s when I actually figured out who our premier was,” he says.

Stefan, who plans to vote for the United Australia Party or the Liberal Democrats, says the biggest issue influencing his vote will be mandatory vaccination.

“I wish I didn’t have to take as much of an interest in [politics] – I wish it could take a backburner, but after seeing what happened I feel like it’s important now, it’s important to actually pay attention focus and vote accordingly.”

Recent polling conducted on behalf of The Age and The Sydney Morning Herald showed that cost of living was the top concern for 18-to-34 year olds, followed by climate and environmental issues. This worry about personal finances was mirrored by the young people spoken to by The Age – from all sides of the political divide.

De Fazio, who has a disability, says she has trouble affording the medical care she needs to get by.

“Not having resources and enough money to go to specialists or to physically get to those health services has been a big issue in the last few years,” she says. “It’s been a hindrance to be able to complete my studies.”

“I’m quite lucky,” says 23-year-old Campbell Rider from the inner north electorate of Wills, who intends to vote for Labor.

“I have a job that I’m quite happy with and is reasonably well paid … but I can’t see myself ever saving enough to buy a home or get a home loan at this point.”

In Higgins, Liberal voter Mimi Campbell, 23, also says she is seriously worried about how she will afford to live when she eventually moves out of home. “Our household income has stayed the same for so long. And I just wonder how I’ll even afford to buy a house once I’m graduated. It just seems unachievable,” she says.

But even those who have managed to buy a property are worried. Jasmine Ryan, 23, who lives in the western suburbs electorate of Fraser, bought an apartment with her partner in 2020, but the cost of living, repairs and the mortgage make it hard to get by. 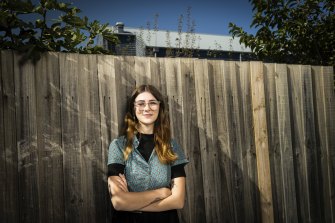 Jasmine Ryan, 23, says the main issue at this upcoming election is the cost of living.Credit:Paul Jeffers

“Whilst I’m so appreciative that I have a house at 23, it’s still a lot of pressure as a young person to be owning these things,” she said. “There’s times we have to cancel plans or can’t have my family over for dinner or my partner’s family over for dinner because we can’t afford the groceries to buy everyone dinner.”

Katherine Ellis, chief executive of Youth Affairs Council Victoria, said the rough hand dealt to young people in recent years had convinced many about how much elections matter.

“Instead of just smearing the opposition, propose your policies, propose why it’s a better option than the alternative. That’s what we’re after.”

“The pandemic, bushfires and floods have demonstrated starkly to young people the important role of government, with politicians and government officials becoming daily figures in their lives,” she said.

Bipartisan youth think tank Think Forward says political parties need to focus more on what young people need. It has been quietly lobbying all sides of politics for the establishment of an intergenerational fairness inquiry following a similar model to one set up in the UK in 2018. The proposal was recently endorsed by the influential Grattan Institute.

“The reality is the tax system was set up at a time when we didn’t have five generations living at once. As our country is ageing, we’re relying on a tax pool that’s shrinking – at the same time as reliance on the NDIS and aged care is growing,” says Think Forward co-founder Megan Shellie.

“We’re not about starting an intergenerational war – we’re about a recognition that there has to be a fair amount of taxation taken from each generation to ensure the one that comes after it can be supported. These issues are interrelated and nuanced and are not borne out in an unnuanced election debate.” 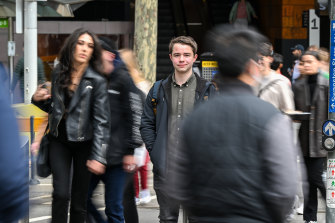 Tom Saxton, 20, from Shepparton is voting independent at the election.Credit:Joe Armao

Tom Saxton, 20, sees hope in the move away from two-party dominance at this election. In the northern Victorian electorate of Nicholls where he lives, Sexton is voting for the local independent candidate, who is giving the Nationals incumbent a run for his money. Sexton said young people like him had a high expectation for those who want to be in power and could see through the “murkiness” of political campaigns.

“If you want to get our votes, what you need to do is be honest about your policies. If you can’t do something, or if you disagree with something we’d much rather you’d be honest about it. Have an actual conversation,” he says.

“Instead of just smearing the opposition, propose your policies, propose why it’s a better option than the alternative. That’s what we’re after.”