Did you know David Foster was in attendance at Katharine McPhee‘s 2008 wedding to Nick Cokas?

That’s right! The music producer was photographed playing the piano at his now-fiancée’s first wedding in Feb. 2008. 10 years ago, People shared the picture of Foster accompanying McPhee as she serenaded Cokas with a rendition of Natalie Cole and Nat King Cole‘s song “Unforgettable” at the reception.

McPhee and Cokas were married for six years until the American Idol alum filed for divorce from her producer husband in May 2014. The former couple’s divorce was finalized in 2016.

This photo of Foster and McPhee at the wedding reception has resurfaced hours after it was announced that 68-year-old and the 34-year-old are engaged. 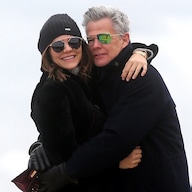 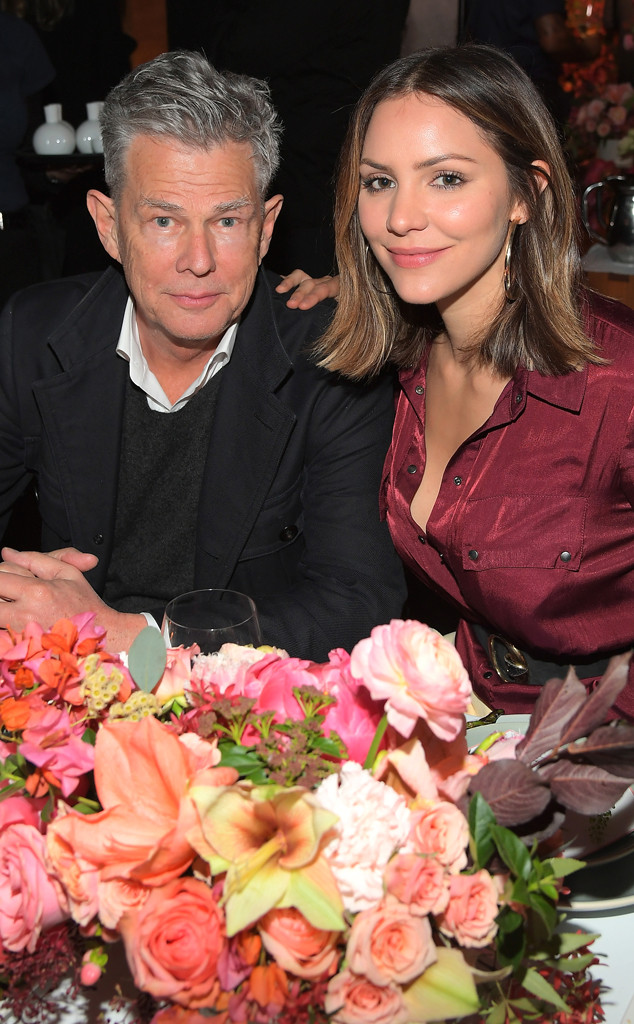 McPhee confirmed the news on Twitter Tuesday, posting a ring emoji along with a GIF of Ariana Grande which says, “And what about it?” She then shared a screenshot of a text conversation on Instagram, giving more details about the proposal.

“He did it at the top of this mountain in Anacapri,” McPhee’s texts read. “Totally dark only stars. Thankfully he didn’t push me off the cliff. He said it was one or the other. And in the end he spared me. [face with tears of joy emoji].”

The couple is currently enjoying a vacation in Europe together, and a source tells E! News McPhee and Foster “celebrated with friends” after getting engaged.

“The ring is very elegant and large,” the insider shares with us. “They are both very happy and over the moon excited. Katherine has been wanting this for a while now. David has been planning the engagement, but has kept it very secretive. Only a few family members knew about his plans. David’s children are all very accepting of Katherine now, and are very happy for their Dad.”

The couple has been linked since last year, but have played coy on the relationship speculation. In December, McPhee and Foster were spotted packing on the PDA in Paris. Then in March, the duo enjoyed a date night at Elton John‘s Oscar party. McPhee and Foster were photographed inside the viewing party after he first walked the carpet solo. He then met up with McPhee inside where they enjoyed dinner side by side at the same table.

Then in May, the duo walked the rep carpet together at the 2018 Met Gala.

This will be the fifth marriage for Foster, who was previously married to B.J. Cook, Rebecca Dyer, Linda Thompson and most recently, Yolanda Hadid.

After four years of marriage, Hadid—who is the mother of Gigi Hadid, Bella Hadid and Anward Hadid—filed for divorce from Foster in Jan. 2016. The former couple’s divorce was finalized in Oct. 2017. 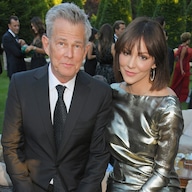 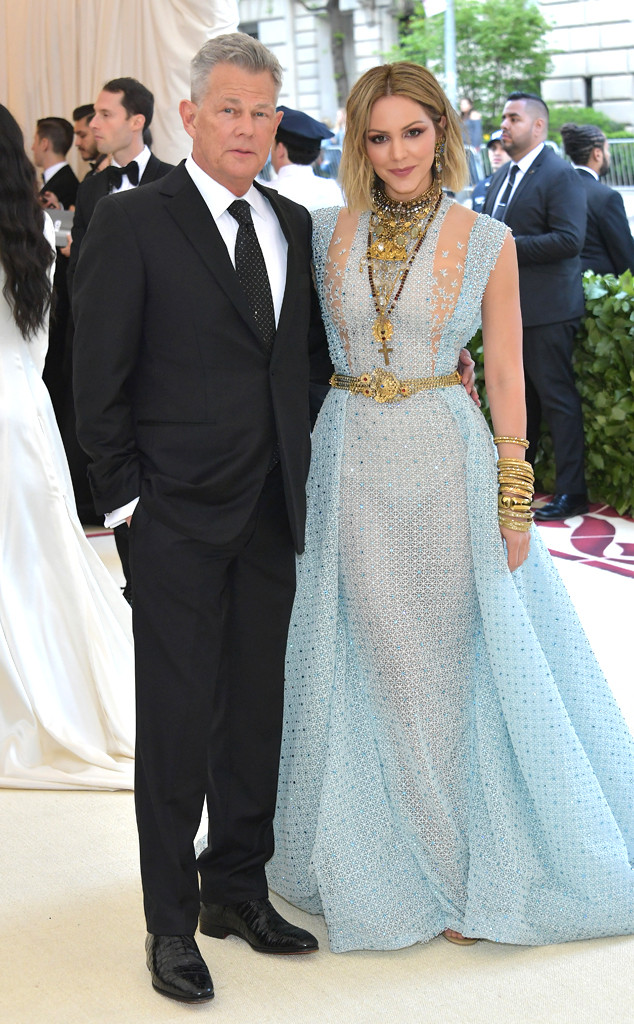 “We are really happy if our dad is happy,” Sara told us, while Erin added, “I love her on Scorpion.”

“We love Katharine McPhee. We love our dad. We want our dad to be happy. We don’t care who he dates…don’t really care how old they are,” Sara said, adding, “We don’t know if it’s her.”

Erin said their father is a “very young-at-heart kind of guy.”

“Honestly, our friends in their twenties are trying to date him, so we’re just proud of him for not doing that,” she said. “He’s like, ‘I draw the line there.’ I think thirties, forties is like a respectable age for a man in his sixties.”