Rachel Recchia’s latest “Bachelorette” dress has fans up in arms.

Bachelor Nation wasn’t handing out any fashion roses after last night’s episode, with many taking to social media to roast the reality star’s puffed sleeve dress — and “Bachelor” franchise stylist Cary Fetman spoke out in support of her look.

The fashion guru, who has been working on the “Bachelor” franchise for the past two decades, took to Instagram to set the record straight after many fans wondered if “he hates Rachel” after the reality star wore repeated outfits the audience deemed as flops.

“For all that think I hate her let’s just deal with this dress tonight,” he wrote, sharing several photos of Recchia, 26, in the red look. “If you had the once in a lifetime chance to be the bachelorette; 1: would you choose having a blast with high fashion clothes that you’d probably never have a chance to wear again? Or 2: a sexy over the top black sequin dress or sexy silk? Vote 1 or 2?” 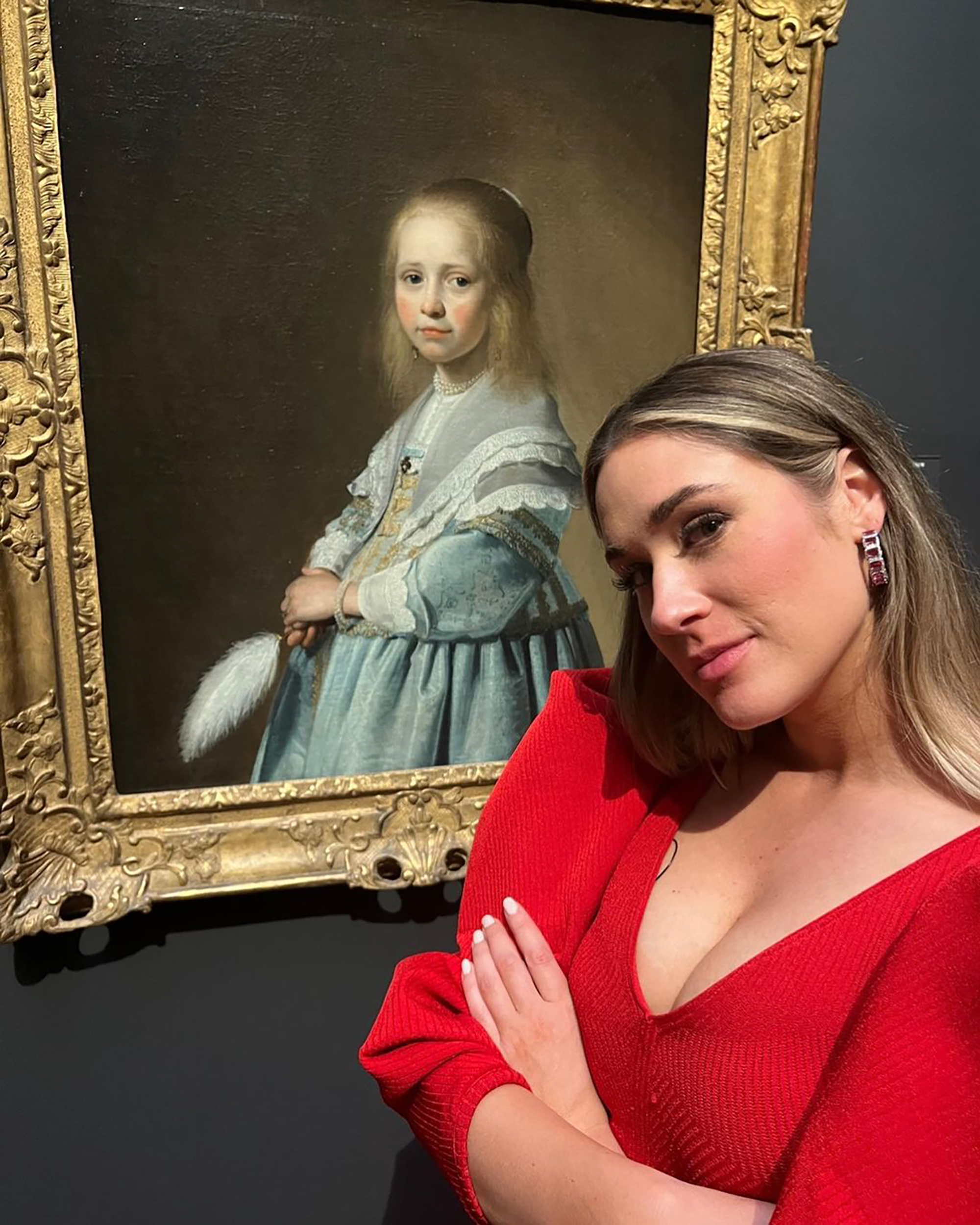 Fetman’s comments came after Recchia wore the divisive red dress by AZ Factory ($647, originally $1,617) on a museum date with suitor Zach Shallcross, and its enormous puffed sleeves had viewers rushing to Twitter to share their thoughts last night.

“Are Rachel’s dress sleeves full of tissues for her to use when she cries? one Twitter user wrote, while another said, “Rachel’s red dress is the dumbest thing I have seen in ages. She looks like a 90’s NFL player with those pads.”

Indeed, many were getting football vibes from the look, like the member of Bachelor Nation who superimposed a cartoon helmet on the “Bachelorette” lead’s head.

Quarterback comparisons weren’t the only ones getting thrown around on Twitter; one fan compared her dress to James Marsden’s Prince Edward in “Enchanted,” while others thought it looked more Lord Farquaad from Shrek.

And Anne of Green Gables wasn’t left out of the tweets, with several viewers commenting that Rachel’s dress resembled the beloved character’s “puffiest in the world” ensemble.

As for Recchia — who is sharing this season’s lead duties with friend Gabby Windey, 31, — she seemed on board with the puffy action.

“I love you!” she commented on Fetman’s post, then jokingly added, “we hate each other” after the stylist wrote “I kind of like you? Or maybe hate or just love having fun with you?!!!! I can’t even post any more tonight.”

The look might be a bold departure from Recchia’s usual style, which Fetman told Entertainment Weekly she self-describes as “mother of the bride,” but the “Bachelorette” star appeared confident in the dress during the dramatic episode — and that deserves a rose in our book.