This is NOT what I ordered! Baffled customers share their VERY strange online shopping fails – from teddy bears with no stuffing to miniature deck chairs

Most people have fallen victim to the odd online shopping blunder, ordering the wrong size or an item that looks different to the picture.

But these online shoppers’ disasters were so significant they felt compelled to share the results with the internet.

Some were left wishing they had taken time to read the the small print after receiving ‘garden’ deck chairs barely big enough to accommodate a doll, or a child-sized armchair.

Others shared snaps of clothes that turned to be far more risque when styled on an average shopper rather than a model, and a teddy bear that arrived with no stuffing. 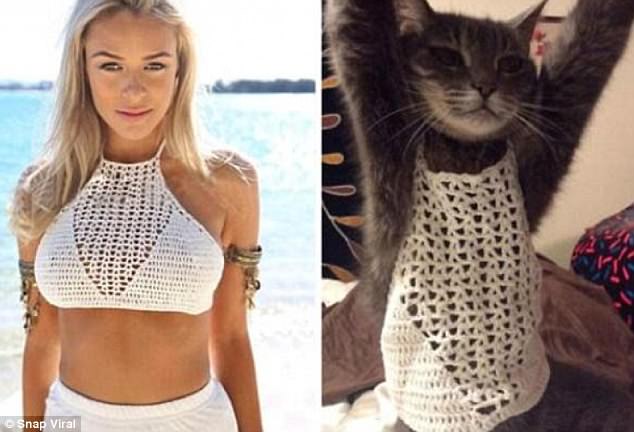 A cat-astrophe! One shopper was horrified when the crochet top she ordered was so small it would only fit her cat, in a gallery of hilarious shopping fails 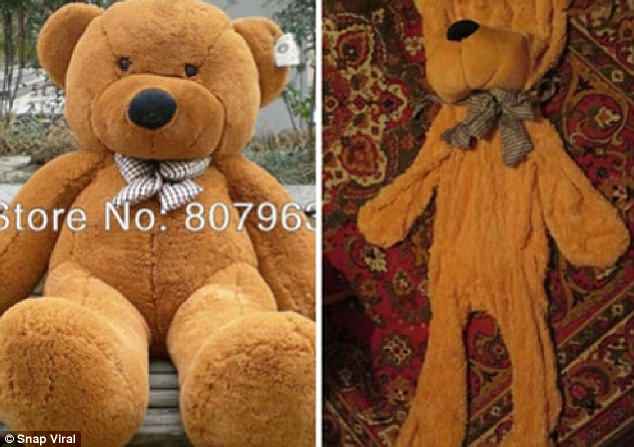 This teddy bear inexplicably arrived without stuffing, making for a rather odd children’s present 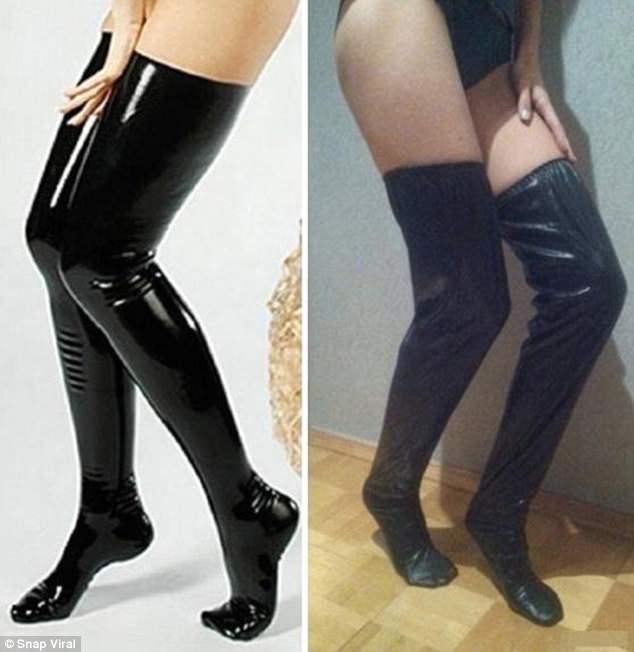 A pair of latex over-the-knee stockings looked less than the saucy accessories seen online, arriving in a matt, baggy material 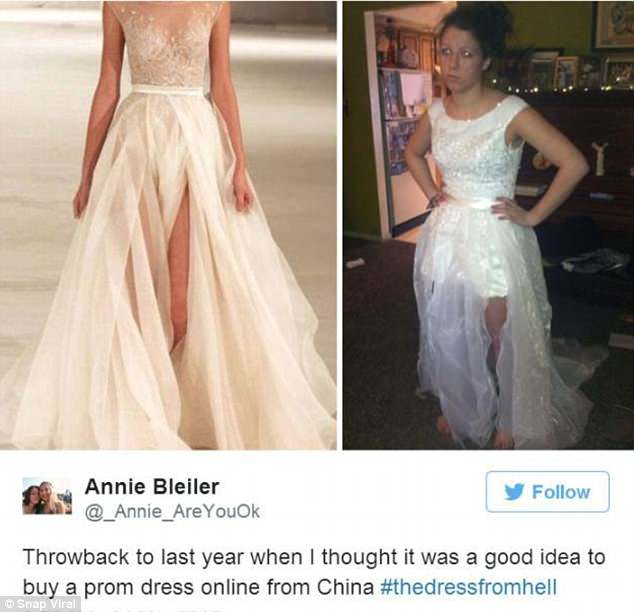 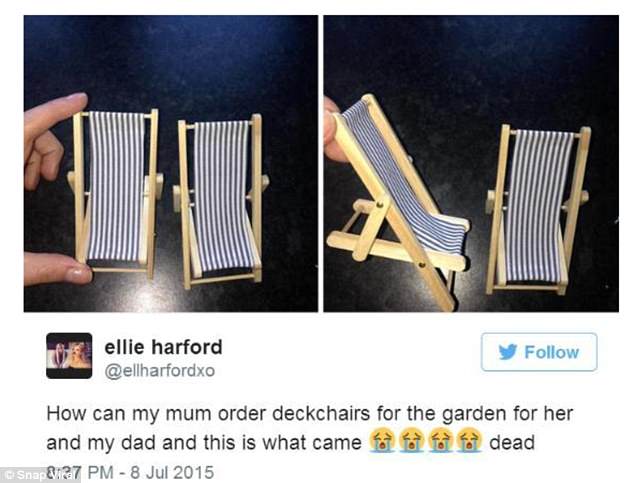 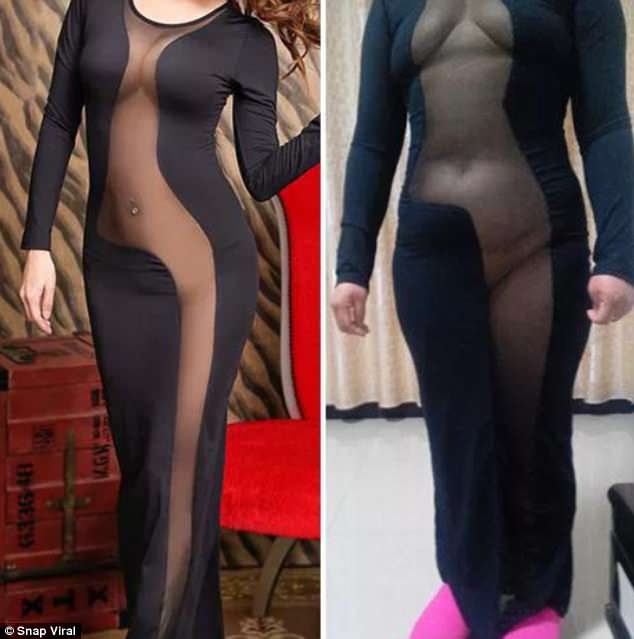 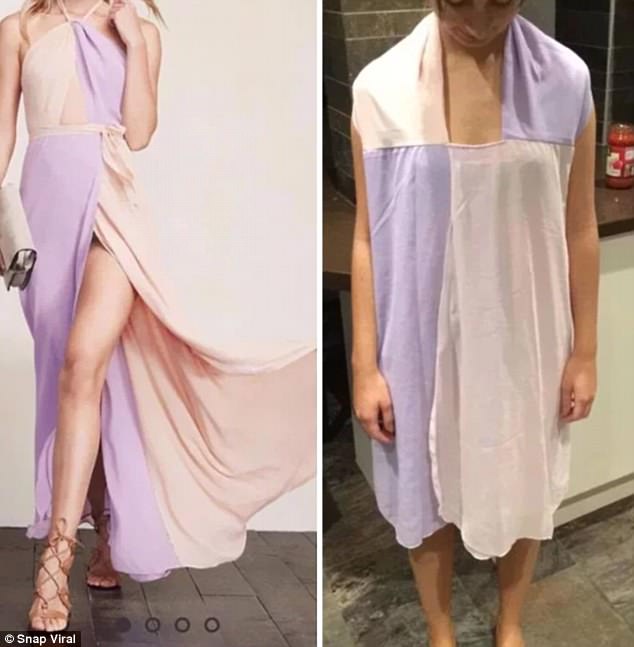 What looked to be an elegant colour block dress online turned out to be a loose sack-like frock in person, an unhappy customer noticed 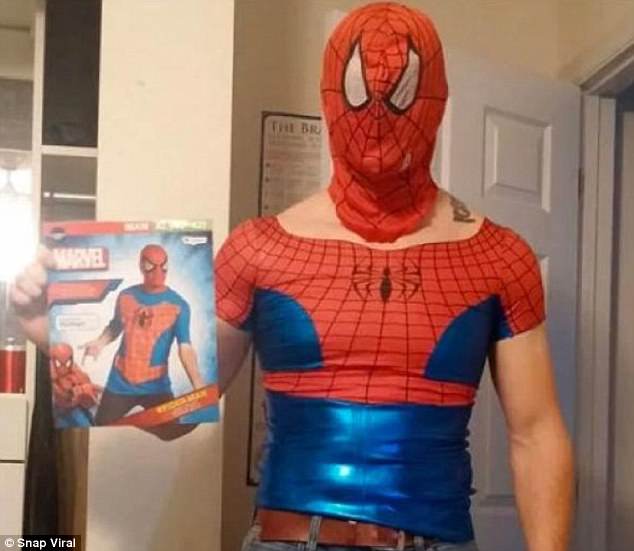 Not so marvel-ous! A man attending a costume party was unimpressed when his Spiderman outfit turned out rather different from the online version 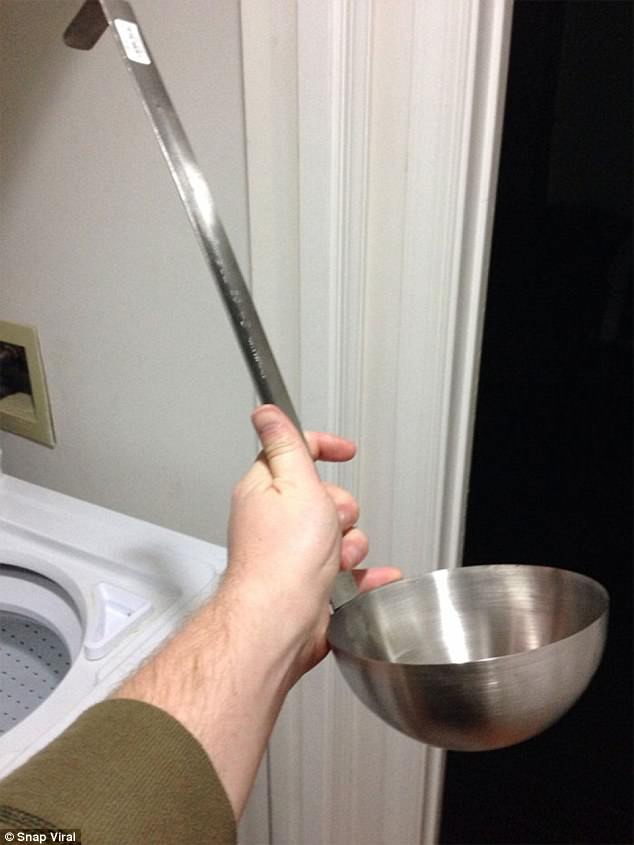 Born with a silver spoon? This surprised man received a cooking spoon big enough for a washing machine in the post 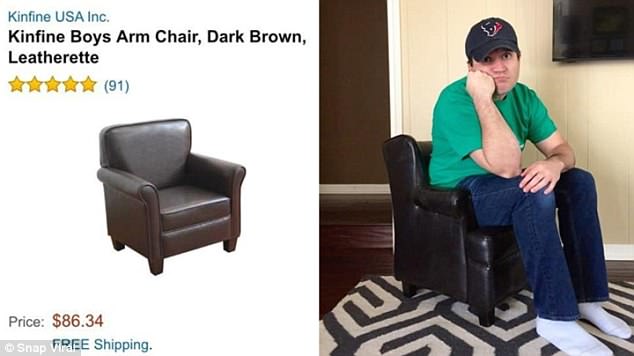 One unhappy customer thought he was getting a good deal when he ordered an armchair, however failed to notice it was children’s sized