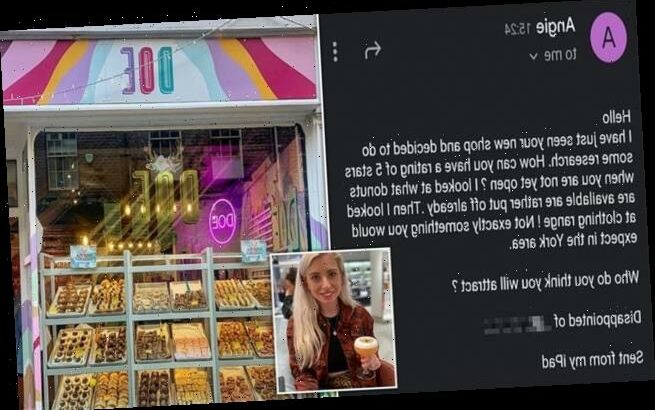 ‘Who do you think you will attract?’ Bakery owner is left baffled by complaint from disgruntled woman who claims her colourful doughnuts are lowering the tone of York

A bakery owner who received a snooty email from a ‘petty’ local busybody complaining about the colourful products on offer has gone viral after shaming the individual on social media.

Evie Jackson, 28, from Harrogate, North Yorkshire, was stunned to receive an email from a local know as Angie on Friday, who claimed to have been ‘put off’ her bakery just by looking at photos of the items being sold.

The owner of Doe Bakehouse, on Church Street in York, admits it was gut-wrenching to receive such a nasty message but believes the individual who sent it is not a customer but simply a ‘perpetually offended’ local.

She decided to publish Angie’s email on the bakery’s Instagram, where it quickly went viral and was inundated with hundreds of comments from people branding Angie ‘rude’. 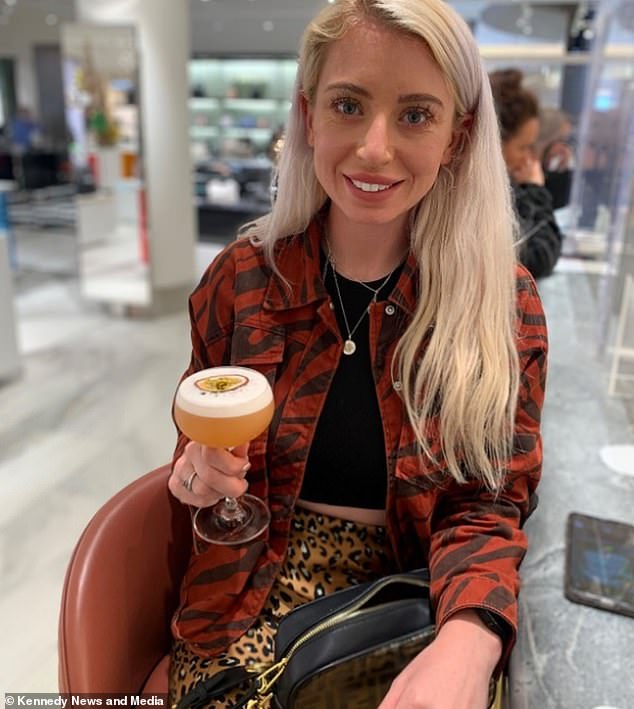 Evie Jackson, 28, (pictured) from Harrogate, North Yorkshire, has gone viral on Instagram after sharing a nasty message she received from a local 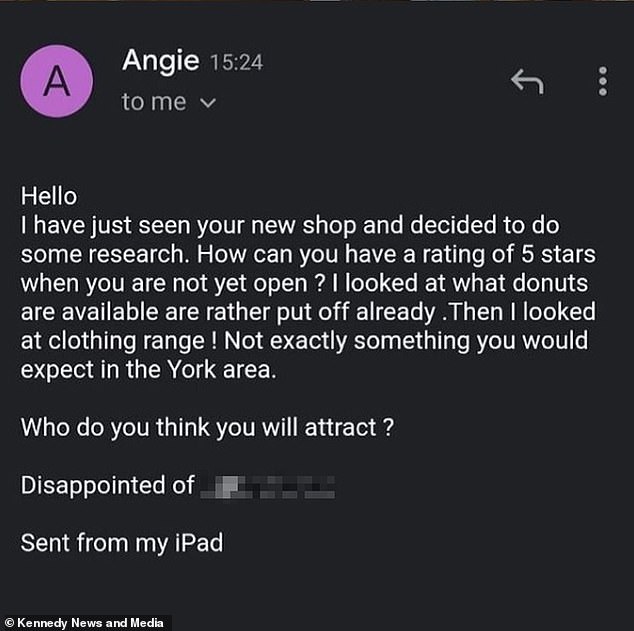 Evie received an email (pictured) from a local known as Angie, who argued her Doe Bakehouse isn’t ‘something you would expect’ in the area 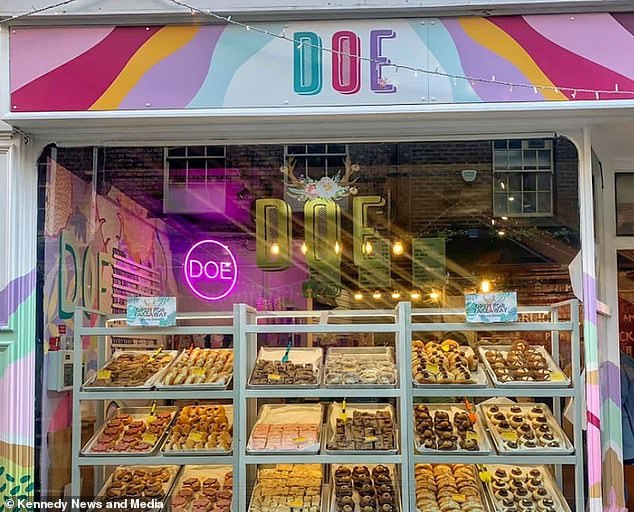 ‘It was gut-wrenching, despite how ridiculous it was,’ Evie said.

‘She obviously wasn’t a customer. In her email she was asking how we have five stars even though we’re not open.

‘If she’d been a customer, she would have known that we’ve been open since last summer.

‘But it hits you straight away when you get a message like that.

‘Obviously, the good thing about feedback is that you can improve from it, but ultimately this email was not something we could learn from.

‘I honestly don’t even really understand what she was complaining about.

‘What did she expect to say? Oh sure, we’ll close forever because you hate us.’

Evie opened the Doe Bakehouse last summer, as one of two bakeries she operates in the Yorkshire region, with the other being in Harrogate. 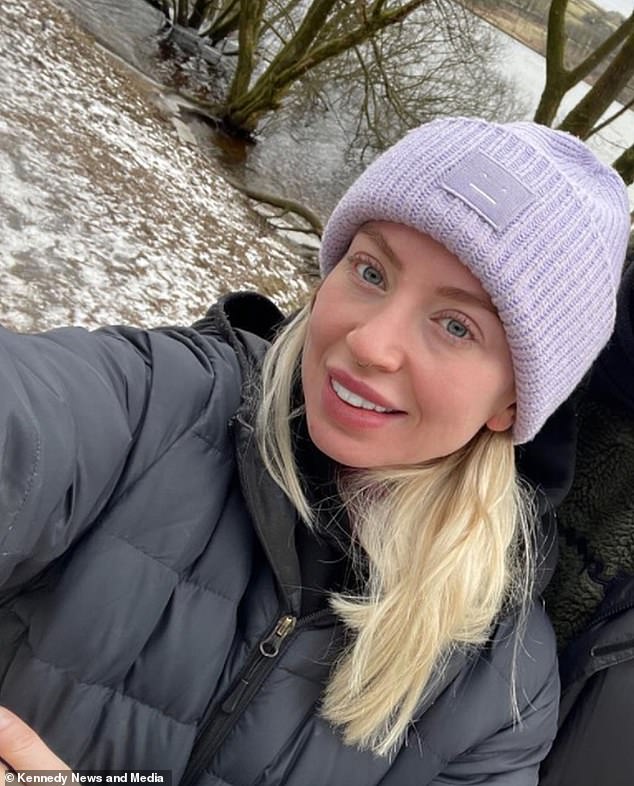 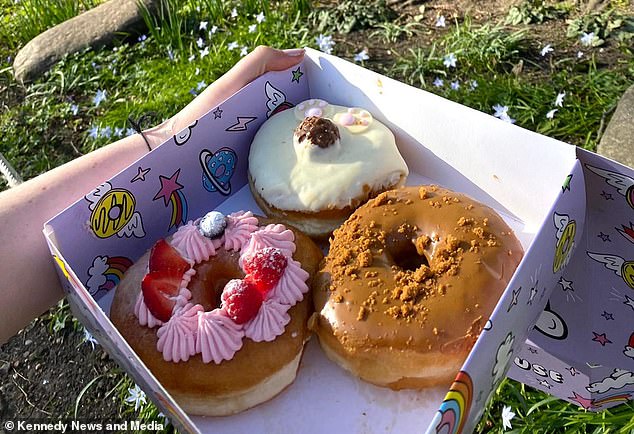 Angie said the doughnuts look ‘off putting’ and seemed equally unimpressed with a clothing range Evie sells. Pictured: Some of the doughnuts for sale at Doe Bakehouse

The original email from Angie reads: ‘Hello. I have just seen your new shop and decided to do some research. How can you have a rating of 5 stars when you are not yet open?

‘I looked at what donuts are available, are rather off putting already. Then I looked at the clothing range! Not exactly something you would expect in the York area.

‘Who do you think you will attract? Disappointed of [village in York].’

Sharing the email on Instagram, the bakery captioned the post: ‘On a scale of 1-10 are you as angry as Angie, or are you feeling Friday fresh?’

Evie, who divides her time between York and Harrogate, was happy to see that her business picked up a lot of support online in the wake of the email. 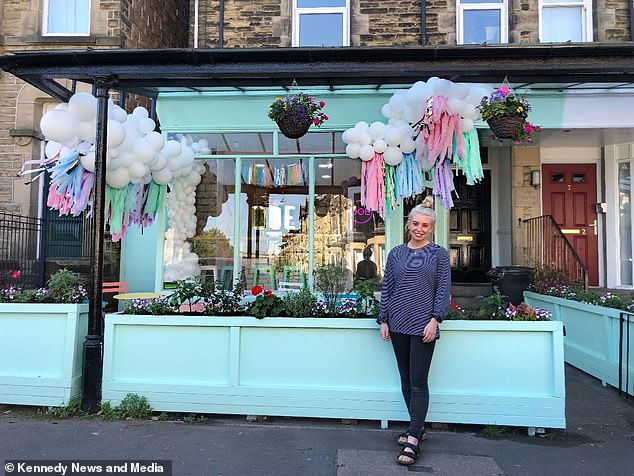 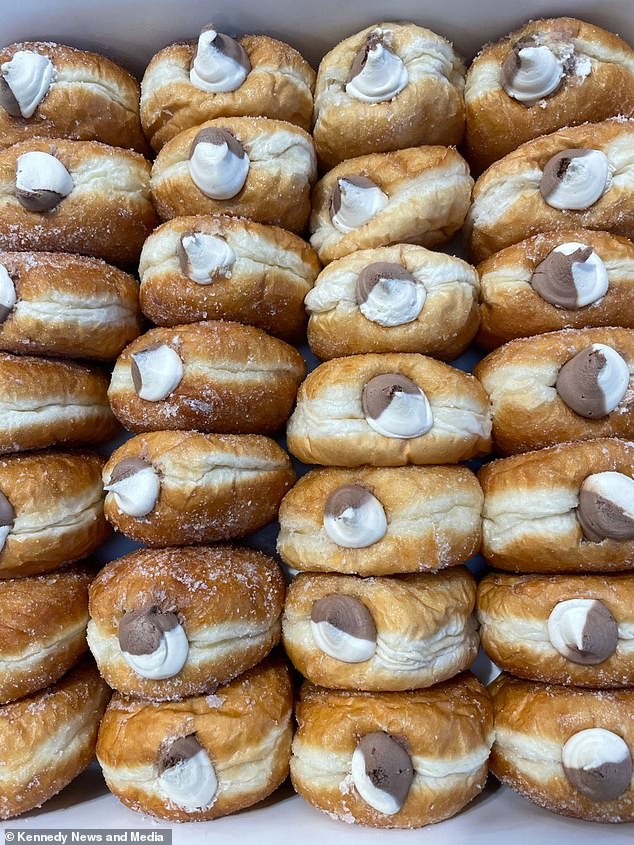 Evie said she wanted to see what her followers’ perspective would be and to share what the bakery has to put up with. Pictured: Some of the doughnuts for sale at Doe Bakehouse

Evie said: ‘That was one of the reasons I put this up on Instagram, I wanted people to see what we have to put up with.

‘But I also wanted to hear what our followers’ perspective would be.

‘Everybody’s just been saying how ridiculous this complaint was, and they’re not sure what she’s on about either.

‘In hindsight, I can see the funny side of it because of how petty it was. But obviously at first, I had that sinking feeling.

‘Your brain automatically goes ‘Does everybody think this?’.

‘She said she was ‘disappointed in [a small area in York]’, which is an industrial area with a lot of students, so I’m not sure exactly why she felt so strongly about it. 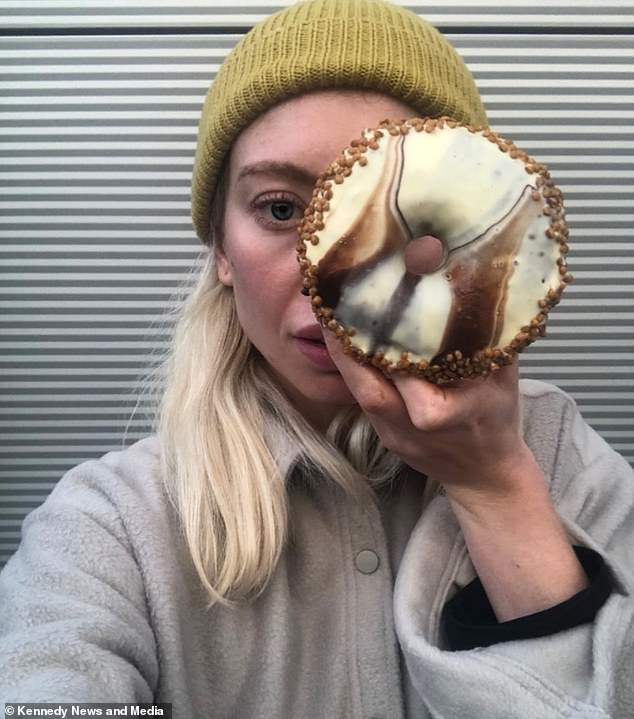 The complainant also made mention of a clothing range, which Evie has worked on alongside the doughnut shop.

Evie said: ‘I have a clothing line called La Bamba, and originally that was the draw to the shop. But [the doughnuts] were a hundred times more popular than La Bamba, so that took a back seat.

‘I still sell the clothes online on my website, and this woman has obviously stumbled across it and been offended.’

Evie’s Instagram followers rallied to the bakery’s defence in their hundreds.

One person said: ‘We have all had an Angie at some point.’

Another commented: ‘Angie the gatekeeper of York.’ 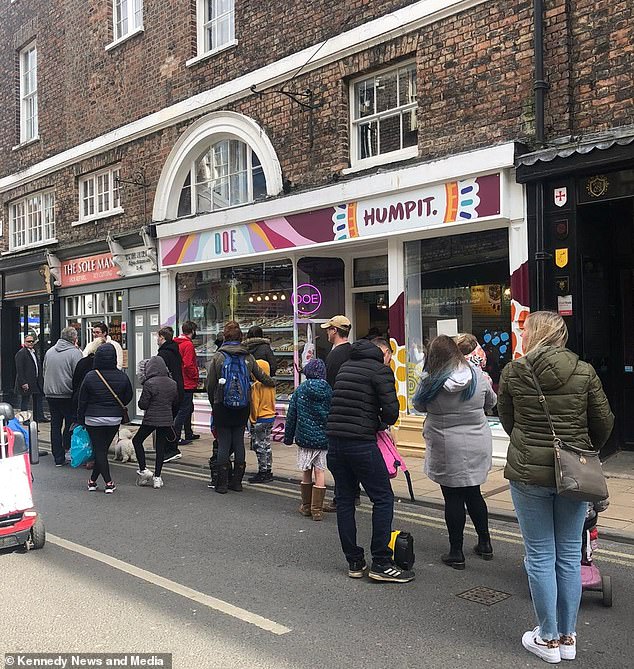 Evie said La Bamba is sold online and Angie must’ve stumbled on it, while researching the bakery (pictured)

A third added: ‘Angry angsty Angie. Clearly she didn’t put any doughnuts in her mouth before opening it.

‘You can’t please some people, but all the positive responses on this post show that it’s one person vs hundreds.’

‘Please tell me you emailed her back with photos of people queuing outside your shop?,’ one wrote.

Another said: ‘Angie should be more concerned about her grammar and spelling as opposed to anything else!’

One commented: ‘I think Angie is a bit hangry and has low blood sugar.

‘She needs your finest Doe donut to help with that!’ 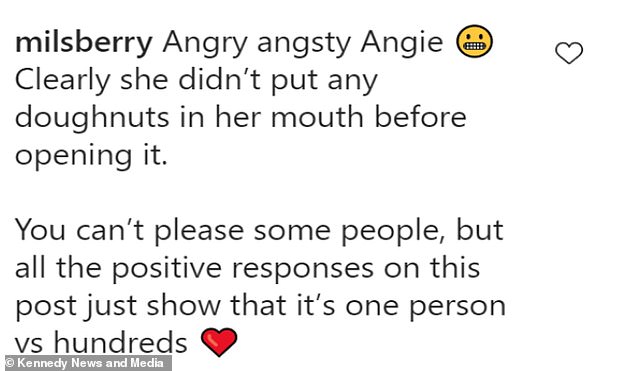