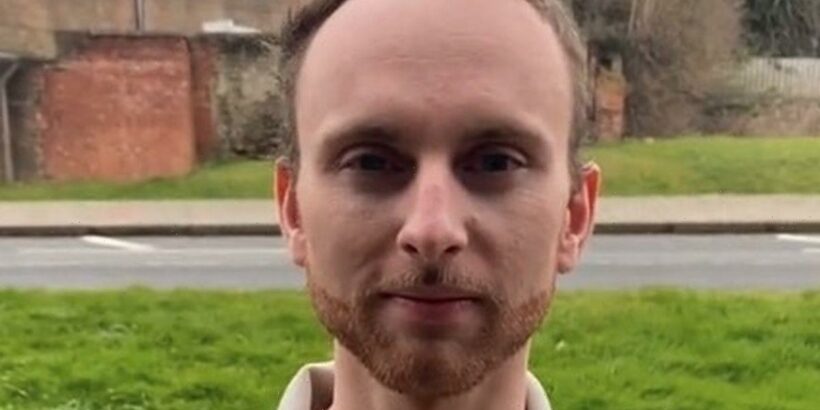 A balding man was filmed crying tears of joy when he was given a new head of hair – with viewers saying he looks "20 years younger".

Ashley Tawney was fitted with a realistic hair system by Novo Cabelo Hair and the striking transformation was recorded on video and shared on TikTok.

In the clip, there is a 360-degree view of Ashley who is experiencing some hair loss.

"He is tired of feeling self-conscious about his hair," explains a voiceover.

Ashley's eyes are covered so he can't see stylist Nick working on the hair system, first shaving off unwanted hair, then covering his scalp with protector and adhesive.

Nick then fits the hair system and begins styling it so it flows seamlessly into Ashley's natural hair.

The voiceover says: "All we needed was Ashley's reaction – let's see what he thinks."

It's safe to say Ashley is overwhelmed with emotion, looking startled and saying: "Oh my god!"

He then examines his new hairstyle from every angle and looks like he is welling up with tears.

The video was watched more than 700,000 times since it was uploaded on Friday (March 4) by @novocabelohair on TikTok and viewers were just as stunned.

A viewer said: "Tears in my eyes. People don't realise this can really shatter some men's confidence. It doesn't define you, but it's difficult to accept."

Someone else commented: "I think it's great that men can feel better… like women have been with wigs for years."

A fourth viewer wrote: "What a genuine guy, I’m happy for him he looks amazing."

"I’m a woman who unfortunately is going through my two-stage of hair loss in four years, it’s so upsetting, Ashley you look amazing," said another.

Ashley replied to the comments himself, writing: "I'm so pleased with my new system! I love it! I honestly can't thank you enough rob, makes me teary watching this! Selfie-taking non-stop."

For most men, balding is a totally normal part of getting older but if it seems unusual or is affecting your self-esteem you should speak to your GP.

The NHS says male pattern hair loss can be treated with finasteride and minoxidil but they do not work for all men and can be expensive, as they are not available on prescription.