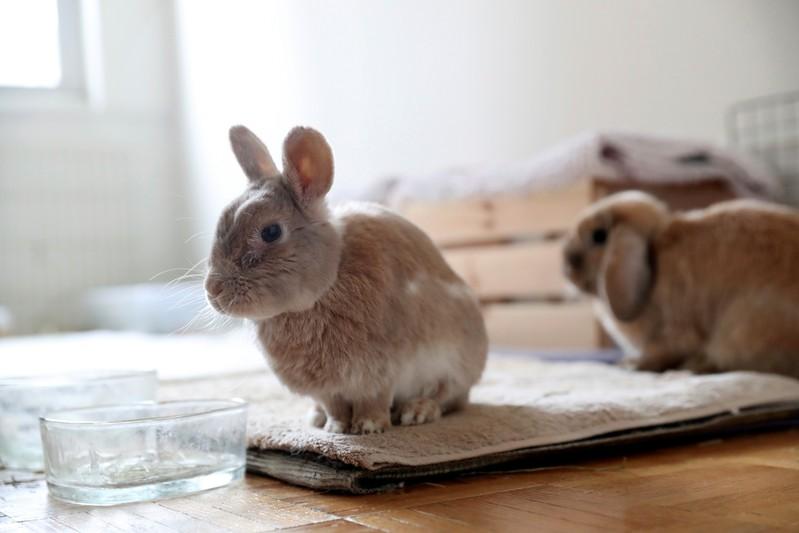 But those who want to buy a live bunny as an Easter gift won’t find them for sale at pet stores this year after California became the first U.S. state to pass a law aimed at stemming a post-holiday deluge of maturing rabbits being abandoned or euthanized.

The legislation, which took effect in January, prohibits retail shops from selling commercially bred dogs, cats and rabbits. The idea is to encourage adoption of rescued animals and to crack down on the sale of pets from “puppy mills,” “kitty factories” and “bunny bundlers.”

Legislatures in New York, Massachusetts, Connecticut and Pennsylvania are considering similar bills. Dozens of cities, from Boston and Chicago to Salt Lake City already have local ordinances on the books.

The problem of abandonment and euthanasia is particularly acute for rabbits purchased in pet stores, as they tend to be impulse buys, especially in the days before Easter.

“In the one to three months after Easter, we traditionally see a spike in shelter rabbit intakes,” said Anne Martin, executive director of the House Rabbit Society, a nonprofit group that rescues rabbits and places them in foster care.

“In Northern California alone, thousands of stray and unwanted rabbits end up in the municipal shelter systems, and the majority of these rabbits are under a year old,” she said.

The Easter Bunny, an age-old symbol of fertility and renewal, plays an endearing role in the springtime holiday celebrating the resurrection of Jesus Christ, tempting parents to buy one of the cuddly-looking creatures for their families.

But to the surprise of many, rabbits are not low-maintenance balls of fur, their owners say, as they require daily cleaning and specialized medical care.

“There is a common misconception that a rabbit just can sit in a cage and eat carrots,” said Jacob Levitt, 44, a dermatologist who owns eight young, adopted bunnies that roam his New York City luxury apartment.

He said it was “unintentional animal cruelty” to keep a rabbit cooped up and to fail to give it a proper diet of grass hay.

Fulvio Roman, 32, whose fiance made a “spur of the moment” decision to buy a pet store rabbit, admitted to being unprepared for the demands of its care.

“Once she saw the bunny and was able to hold her, she immediately fell in love,” said Roman, who lives on Long Island and supervises kitchen workers in New York City public schools. “We didn’t know what it really took to have a bunny.”

Eight months later, after the rabbit resisted being picked up, chewed through air conditioner wires, and their landlord demanded a non-refundable $1,000 security deposit, they surrendered the rabbit to a shelter.

“Not everyone knows how much work a bunny takes. We ended up being educated by force,” Roman said.

Rabbits typically live 10 years and multiply every 30 days, with an average litter of eight babies. Pet stores often fail to neuter bunnies, according to House Rabbit.

Bunnies mature at 3 to 6 months and males spray urine and females become territorial. When they grow less adorable, house bunnies are left in backyard hutches or abandoned in fields or woods.

Under California’s Law, consumers can adopt animals from a shelter or buy them directly from a breeder.

The House Rabbit Society said bunnies are the third most abandoned pet in the United States. Advocates say rabbits are also the third most euthanized, based on a 2010 study of four shelters in Massachusetts and Rhode Island.

In California, pet industry leaders, many of whom opposed the new law, say local shops that sell animals will suffer. 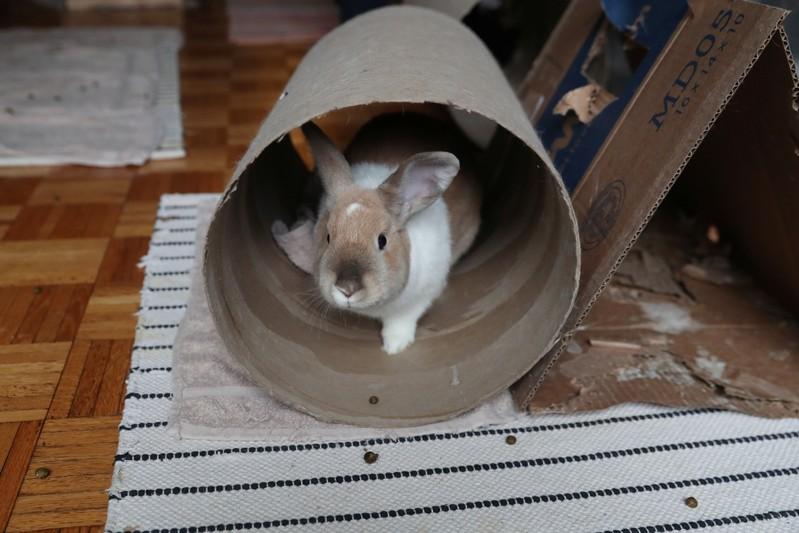 But live animal sales account for just 3 percent of the industry’s roughly $70 billion in annual sales, according to APPA’s website. The bulk of U.S. pet store sales in recent years has been for food, vet care, supplies and over-the-counter medicines.

John Goodwin, a senior director at the Humane Society of the United States, urged Americans to pass on buying a live bunny as an Easter present.

“There are plenty of stuffed animals and chocolates in rabbit form,” Goodwin said.