When Milla* returned to work after having her first child, she was optimistic about balancing her job as a schoolteacher with motherhood. Her seven-month-old was an easy baby, and while her work kept her busy, she was confident she could manage.

But being a mum and a full-time teacher was stressful. By the time she had her second child, Milla, now 40, found herself constantly exhausted in her struggle to be a good wife and mother, and an inspiring teacher. Embracing the 21st-century talk of balance, having it all and flexible workplaces, Milla asked her employer for a part-time role.

Her employer refused. Dejected and desperate, Milla sought a break the only way she knew how: by falling pregnant again. 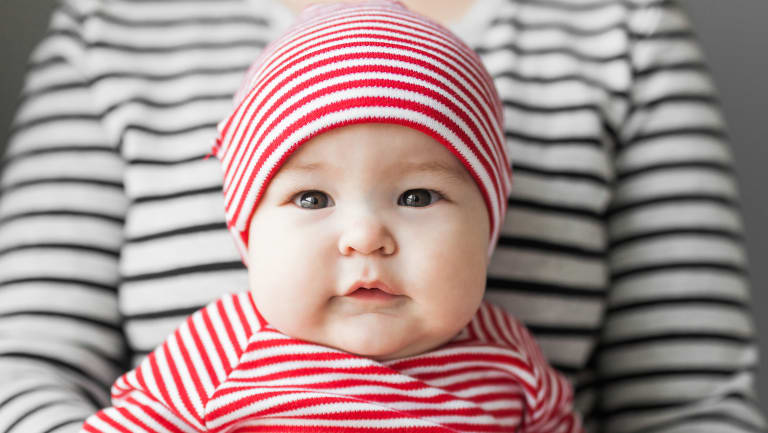 The band-aid baby is the get-out-of-work card for a woman desperate to escape the demands of her job.

"The idea of having a third baby arose out of a desperate need to get out of a stressful lifestyle," she says. "It seemed like the best possible solution – in my mind, staying at home and dealing with the demands of a baby greatly outweighed the idea of working. I was even willing to go through the symptoms of pregnancy all over again."

Dr Erin Bowe, a clinical and perinatal psychologist, isn't surprised. She says that many women she has seen in her practice have joked about using maternity leave as an "out" from work stress, some revisiting it as a serious option when their working conditions don't improve.

"When you're in a job that makes you miserable, it's sometimes hard to have anything to look forward to," she says. "A baby offers this sense of finding meaning and positivity." Once the domain of the fracturing relationship, the band-aid baby is the get-out-of-work card up the sleeve of a woman desperate to escape the demands of her job – whether it's to take a much-needed time-out, retrain for a different position or start something entirely new.

"The thought crosses people's minds more than we realise because women are still undervalued at work and that just intensifies when we have kids," says Bianca, 29.

Despite working in her dream PR job and having an employer who was supportive of her commitments to her one-year-old son, another stint of maternity leave seemed a saving grace.

"I had a great boss who was very flexible," she says. "But I always felt the guilt of doing little things like leaving early or coming late. Because of those things, I would take on more work, which would just make me more exhausted."

Even though her husband was a hands-on dad, Bianca bore the brunt of the pressure to juggle work and family, which she blames on outdated attitudes towards child-rearing that are still prevalent in the workplace.

"The biggest problem of all is the attitude. The attitude around having to work shorter hours to pick up your kids or having to leave if your child is unwell – even having to miss work events because you need to be home," she says, counting daycare drop-offs, pick-ups, and the mental load of housework and medical care on top of a paid workload as part of her duties.

"It all falls on the mother. It's no fault of my husband's, but it wasn't really acceptable if he had to leave work abruptly to pick up a sick child so it fell on me."

Bowe says using maternity leave as an "out" shows many workplaces aren't seen as somewhere safe to raise concerns. "Management can grumble about hiring too many women of childbearing age behind closed doors without having to really look at making meaningful change."

Bianca says the pressure of working motherhood – not being able to stay on top of everything and feeling like her heart was in two places – drove her mad, but her second child was the band-aid she didn't know she needed.

"Those nine months were great for my working life," she reveals. "Being on maternity leave meant that I could actually focus on my babies and the house we were building, and it also drove me to start thinking about what I wanted to do long-term."

During this time, she started an online homewares business that has since enabled her to work from home.

"Something about motherhood made me fiercely driven," she says. "It made me re-evaluate how I wanted to do things, and how I wanted to work and live. It's not every day you get that kind of drive and opportunity."

Kelly Quirk, chief executive of Harrier Human Capital, says that babies, like other big life events, spark personal change and reassessment. "Pregnancy and other significant life changes such as deaths, divorce and illness often lead people to re-evaluate their priorities and focus on personal wellness," she says.

"I have certainly seen people during [downturns] elect to take time out and not ride the wave of stress, redundancies or busy travel and commutes but instead try for a baby a year or two earlier than planned."

But she says that "band-aid baby" is a term that is best abandoned. "I think people are hugely underestimating the hard work and stress associated with being a parent," she says. "I believe women genuinely reassess their priorities and decide if the time is right to grow their family."

Quirk says it's good to view pregnancy for what it is – part of a longer-term strategy that allows women the space to reprioritise.

Bowe agrees, adding that the results can be incredible. "Motherhood is transformative. With the right mindset and support system, motherhood is often the time when women really start to back themselves," she says.

"For women who have built an identity in their 20s and early 30s around their career … motherhood is also a time where they might see tremendous personal growth." This proved true for Steph*, 35, who started studying in the evenings on maternity leave with her second child. By her third, she had spent years in and out of the same role at work, but was determined to seek a promotion within her organisation.

Just before her third child's first birthday, she graduated with a master's. The promotion was hers within a month. "I was bored and unchallenged and reluctant to do my daily tasks," she says. "I told my husband that I wanted to build my career. He wanted me to focus on home duties, but I told him we'd had our children and it was time to let me grow."

Though Steph felt that male staff were taken more seriously when applying for promotions because they never took time off, she liked her workplace. Studying and applying for an executive position seemed the best move, and while it wasn't easy, she had the faith to see it through.

Still, Bowe warns that it's imperative women approach maternity leave with plenty of thought, because while it's easy to glamorise life with a baby, no woman's experience is the same, and the role of "Mum" comes with endless demands.

"Motherhood is a job that you can't quit when things get rough," Bowe says. "The loneliness, boredom, rage, and feelings of guilt will come up. You have to plan for ongoing self-care or you are forced to make time for illness."

She advises women to work on coping skills that will help them to deal with not just workplace stress, but the stress that comes with motherhood and everyday life.

"For most of the women I've worked with who were truly unhappy, motherhood gave them the confidence and clarity to decide what they really wanted. Often this meant they resigned or looked into finding a role that suited their changing needs," she says.

"Others who do return and find there's been no change, really have to work on being able to create resilience. Add sleep deprivation, stressful childcare drop-offs, and zero sick-leave left, and you've got women who have very few reserves with which to cope with work stress."

Milla says that the onus is on employers to step up and see working women for the assets that they are. "Maternity leave was never a way for me to slack off, it was a saviour," she says. "It saved my sanity and my marriage and the relationship I had with my children.

"If I had continued teaching and working full-time when I was falling apart then it would have made me a careless and lazy teacher. It saved my teaching ethic and integrity."

Bowe isn't surprised. "We're slowly letting go of the old 'but I'm just a mum' rhetoric and translating these skills back into the workplace," she says. "Mums are great multitaskers, they get things done with limited time, they are excellent negotiators and can prioritise and problem-solve in high-stress situations."

Now a mother of four, Milla says her workplace has shifted its approach, giving her the flexibility to pursue both motherhood and work.

"Workplaces need to get their acts together and be more accommodating to women," she says. "Women should not be forced to consider having a baby just to get time away from the stresses of work. We have the right to succeed as much as men do."

*Names have been changed.