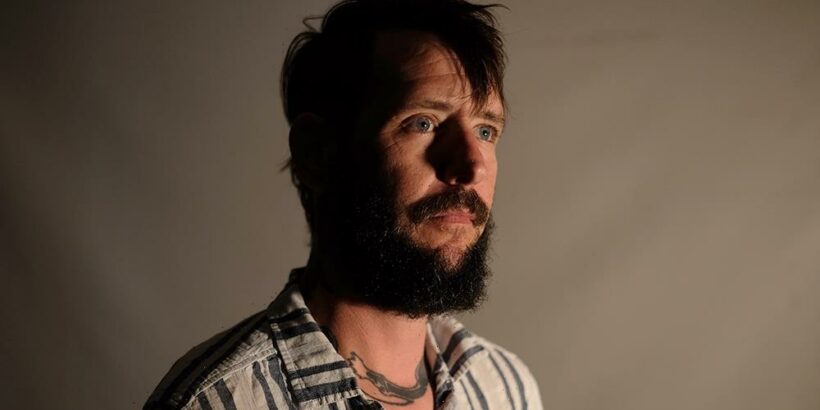 To say the past five years have turned Band of Horses frontman Ben Bridwell’s world upside down would be something of an understatement. The group said farewell to longtime band members Tyler Ramsey and Bill Reynolds and split with Interscope Records after just one album (2016’s “Why Are You OK”), as well as its longtime manager John Silva, while Bridwell himself went through a painful divorce and child custody battle. On top of everything else, Band of Horses opted to scrap a completely finished album it had recorded with Grandaddy’s Jason Lytle and Flaming Lips producer Dave Fridmann and go back to the proverbial drawing board, which wound up being Bridwell’s friend Wolfgang Zimmerman’s no-frills garage studio in Charleston, S.C.

The result is “Things Are Great,” out today (March 4) on new label BMG ahead of a summer North American tour supporting the Black Keys. The 10-track album strips Band of Horses back to the more raw and homespun sounds of its earliest work for Sub Pop in the mid-2000s, with Bridwell returning to the prominent guitar duties he’d gradually abdicated over the years.

Bridwell remains an evocative, straight-from-the-heart songwriter with a soaring vocal, whether chronicling regret for his own behavior (“In the Hard Times”), losing his voice on stage in Sydney in 2016 (“Warning Signs”), the unraveling of a long-term relationship (the Cure-style jangle “Crutch,” which has already hit No. 1 at AAA radio) or some light breaking-and-entering back in the day (the wistful, up-tempo “Lights”).

Bridwell spoke to Variety about swapping one album for another, the talents of his new bandmates and the surprising merits of writing songs while chemically altered.

Sometimes major personal life changes can inspire creativity. Did you find this to be the case amid everything that was going on with you and the band?

Ben Bridwell: Just the harrowing details of going through a divorce and then all the sudden COVID hitting too, I felt a bit idle. But you’re also left with your own emotions, and feeling like you’re not in charge of your own destiny, whether it be career-wise, or personally. It actually helped me focus on not my own bullshit, honestly. I wanted to escape my own thoughts. It’s been two-plus years since this album has been done. I got more into covering songs. I got back into being a fan and not a purveyor. It was not very conducive to inspiration for me writing new songs, but I don’t blame the pandemic. I kinda blame the feeling of having a piece of work that is still hanging onto me, like a barnacle on a pier or something like that.

That piece of work was the original version of “Things Are Great,” which you’ve said wasn’t quite right. In your estimation, was it finished?

Yessir, it was. Us and our management broke up. Interscope decided to pass on the new record. There was so much change going on there. The album felt too sonically akin to the previous one. It was a good Band of Horses record, but it wasn’t what I thought we needed at the time, which was something a bit more raw. Something a bit more personal. And then, all the upheaval of personal stuff coincided and provided a good bit more content and a bit more perspective on how to make it more personal. Jason and Dave are amazing. I’m so lucky to be able to have worked with them, and I hope they’ll take me back if we need to work together again one day. But at this juncture, I thought it was important that we make things a bit more garage, and I literally went to the garage.

Maybe 70% of the songs were already written, that were on that first version. I still think some of those songs have legs to them, but, shit, I can never tell when I’m stuck in the mire of it. We changed the production on all of them, for one. We took a different direction in the scope of what we wanted Band of Horses to sound like. “Tragedy of the Commons,” “Hard Times” and “Aftermath” were written later — “Aftermath” is definitely me, post-breakup.

What is the stringed instrument that you’re playing on “You Are Nice?”

That was a three- or four-stringed dobro or cigar box-type of guitar. Wolfie is 10 or 15 years younger than me. He was like, “Ben, you’ve got to play guitar more. You keep getting these ace guitar players to play guitar on Band of Horses records. It’s cleaning it up and taking the stress off of you, but it’s also kind of sanitizing the nature or essence of the band.” It took someone who is almost of the age to have been my kid to nudge me and say, “Dude, this is a really huge part of the identity of Band of Horses, and you shouldn’t shift the workload to other people just because they’re better than you at playing guitar.” That helped a lot.

With that song, we were just taking LSD and staying up late and laughing and having fun. It wasn’t the stress of being in the studio sometimes, where it’s like, “Time is money!” All that shit gets so fuckin’ old, honestly. If I can’t exert my proclivities now, after six albums, when the hell is that going to happen? Luckily, we had the personnel to help us, with the changing of members. No shade on the ex-members, ever. But it did feel like an enthused group of folks that were so ready to make this thing. I think they wanted to make my dream come true. I feel like we really accomplished that goal of, let’s get back to what Band of Horses’ essence is.

What’s going on at the end of “Ice Night We’re Having?” Is that a pack of wild animals?

I was in Iceland and had an open window, probably because I was smoking weed in the hotel. I went to bed and then I heard this whistle coming from the window. I was like, you’re gonna make me write a damned song! The key of the whistle sounded so beautiful. I knew I had to record it and find a riff to write to it. I got up, got out of bed, got the guitar and wrote that riff. At the end there, I wanted to sync it up, because it sounded eerily similar to this phone recording I had of coyotes outside my door in Stinson Beach, when we were recording the first version of the album. These coyotes were going fuckin’ crazy. They were biting cars and shit. Who goes and bites a car? I knew they were rabid, but then I heard them right outside my door in this little satellite bungalow I was living in. I just went out there and told them to shut the fuck up, and they did.

It’s nice to hear you writing from the perspective of someone telling you things you may not want to hear on a song like “Hard Times.”

I’ll tell ya, it’s not always me telling these stories. At times, I’m speaking as my ex-partners and from what that side must feel like as well. A song like that, I do believe I’m trying to imagine what it’s like from her angle. That’s why we have verses and choruses (laughs). Sometimes I switch around. There’s three sides to every story: his, hers and the truth, at least in this case. That one came quick. Wolfie hit that little riff, which reminded me of the Black Crowes or something. I had been trying to use LSD to get through trauma, and I think I was trippin’ balls. I usually need to be by myself to write, or at least I think I do. It’s a trope. That night, it wasn’t like that. A song like “Warning Signs” was labored. I remember feeling the same tinge of fear that I did with our first single, ‘Funeral’ — ‘I’m scared of this. I’m scared I’m going to have to play it live on TV and get it wrong.’ I had to go easy with ‘Warning Signs’ and let time show me the correct way to carve it out.

Tell us about Matt Gentling and Ian MacDougall, the new additions to the lineup. What do they bring to Band of Horses?

Matt played with us briefly in 2007. He’s from my favorite band, Archers of Loaf. Here in South Carolina, you don’t have Pavement or Dinosaur Jr. They’re up the road or across the way, but they don’t come through Irno, South Carolina. But a band like Archers of Loaf would come and play in Columbia, so I’d get to see a real, functioning indie rock band that I adored. Matt brings that punk spirit and so much talent. He bounces around so much live. And in the studio, he’ll knock out three songs in an hour, and then it’s like, I’m not sure what we’re supposed to do next. The song “Crutch,” you hear that punk spirit in his bass line. Ian was our merch dude. He was selling T-shirts for the band. We have upward mobility (laughs). He got promoted to guitar player after Bill and Tyler left. That’s a huge void to fill. Those two players, I want to pay respect to them. They’re amazing players. To have to fill that void must be daunting, even though Matt is returning from 2007 and knows the songs a bit. Ian had to learn the whole damned catalog, and these new songs. Ian comes from a punk background as well, with the Riverboat Gamblers. You have these two guys from really cool, scrappy punk bands that bring a youthful energy.

You mentioned recording a lot of covers during the pandemic. What did you get out of this experience?

We did so much of that, in some way just to keep our chops up, but in another way, it’s the looking under the hood of other songwriters and their compositions. What makes this tick? Why is this so great? We did three Morrissey songs. We did almost every Lemonheads song. The Breeders and The Amps — anything Kim Deal has touched. This week alone, I’ve been thinking so much about the anniversary for our “Live at the Ryman” album, which was eight years ago. When we were promoting that record, we went back to the Ryman and recorded a whole other concert, and I think it’s better than the first one. It’s not mixed or anything but it sounds so good. The song choices are different. Maybe we can get that out in time for the 10th anniversary. It’s a new label with BMG and a new management company, but we’re being very supported with our creative output.

Band of Horses changes up its set lists pretty significantly from night to night. Where did that impulse come from?

I take so much care in the set lists. It’s a big responsibility to not double-up songs too much. I want it to be a unique experience every time, like, damn, what haven’t we done in this town that would give the show-goer the opportunity to say, “Fuck yes, I’m so glad I spent my money here.” I’m glad we get to join forces this summer with the Black Keys and have a really cool, big tour with a bunch of old dudes that are still fuckin’ bad-ass. It’s going to be killer.