Move over John Lewis! Barbour stakes a claim for the most tear-jerking festive ad as it shows Santa left ALONE at Christmas with only a picture of Mrs Claus

Barbour has staked a claim to the most tear-jerking festive advert of the year after releasing a clip showing showing Santa left alone at Christmas, with Mrs Claus notably absent.

The 110-second clip shows the symbol of yuletide cheer sitting next to a crackling fire on Christmas morning and staring fondly at a picture of Mrs Claus from the mantelpiece.

Behind him, the dinner table is laid out with just one coffee cup and one Christmas cracker.

It’s not made clear in the footage if his wife has passed away or is simply absent for Christmas.

The ad based on 1991 children’s book Father Christmas by Raymond Briggs, that will challenge the likes of John Lewis and M&S, left Saint Nicholas lovers ‘worried’ for his wife and wondering where she’d got to. 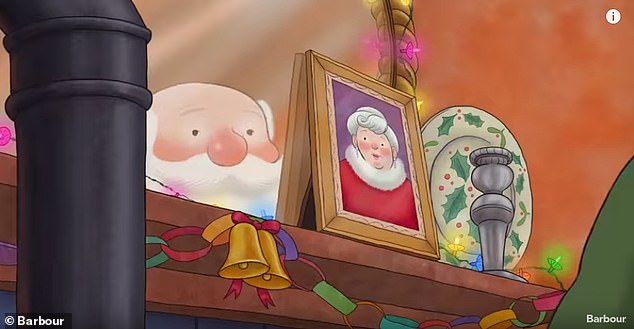 Barbour has staked a claim to the most tear-jerking Christmas advert of the year after appearing to show the death of Mrs Claus. She is not seen in the advert, and only pictured in a frame on Santa’s mantelpiece 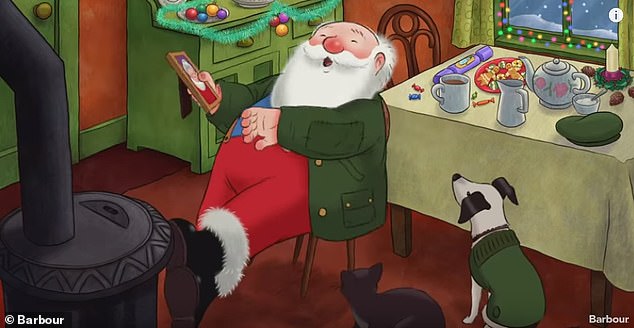 On Christmas morning Santa was pictured alone and holding a picture of Mrs Claus. There is also only one cup of coffee and one Christmas cracker on the table

The designer brand’s ad shows a cartoon Santa settling down at his terraced house wearing a green jacket by Barbour over his traditional red overalls on a snow-sprinkled Christmas morning.

He holds the picture of Mrs Claus in both hands before thanking Mrs Claus for helping him throughout the year as a cat and dog look on.

Mrs Claus is not seen throughout the advert and his magical elves and helpers also seem to have disappeared, although he was still out on Christmas Eve delivering presents to snow-sprinkled family homes.

After watching the ad, one fan of the brand took to Facebook to say: ‘I’m worried about Mrs C.’ 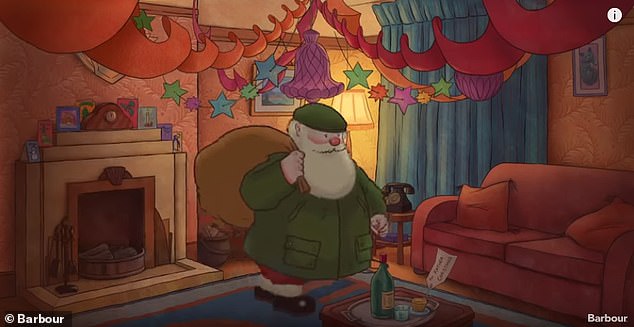 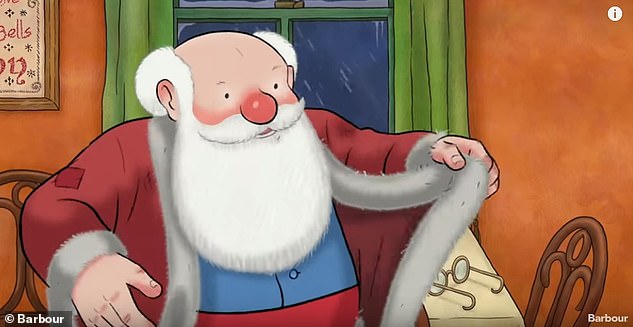 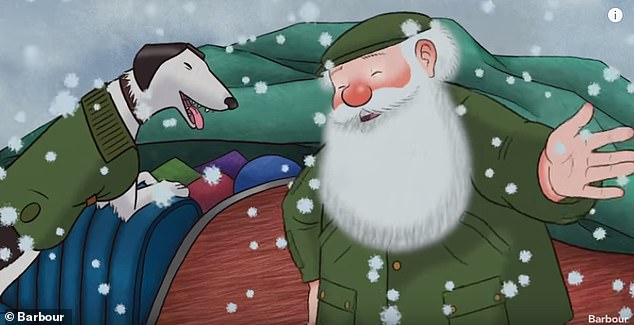 Shown on Christmas 2019, the jacket has been patched up a few times since it was purchased after Santa tripped on a carpet while delivering presents

And a second wrote: ‘This is great but where is Mrs C?!’

The feature, which shows Santa wearing a Barbour jacket made 125 years ago, the same year the designer was founded, is based on Raymond Briggs’ 1991 book Father Christmas.

In the story, which won the Kate Greenaway medal, the festive figure was portrayed as a brusque and alcoholic man.

Amazon, the Dogs Trust and Aldi have also already unveiled their festive offerings this year, along with a number of other supermarkets.

Last year an independent Christmas advert won the accolade of being the most tearful after it showed a man counting down the days to Christmas, before opening a present to reveal a cassette tape carrying the words of his dead mother on her final Christmas Day. 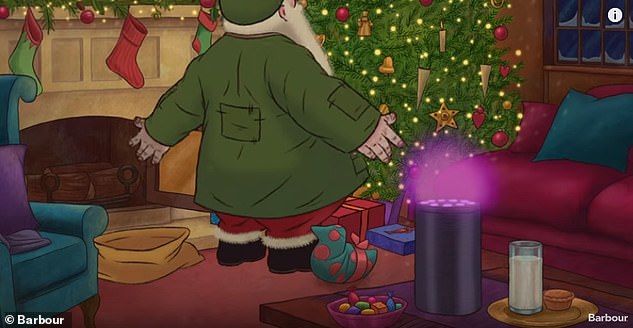 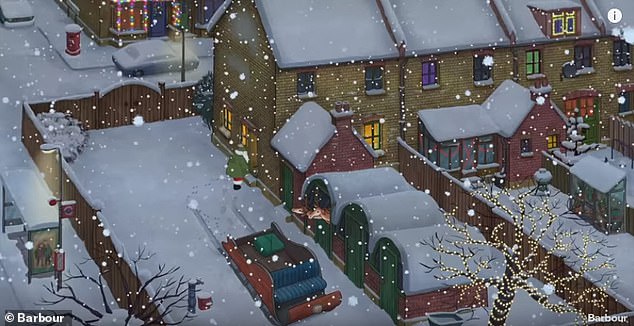 Santa’s terraced house, which appears to be in the UK, according to the red post box outside

Posted by actor Phil Beastall in response to John Lewis’s production with Elton John, the £50-budget production was watched more than seven million times online – and led to people even calling on the retailer to hire him.

Iceland also produced a similarly distressing Christmas advert, which was banned from TV, which showed an orangutan stuck in a child’s bedroom due to deforistation.

The campaign then cut to images of a rainforest being destroyed, and the baby orangutans mother being killed by falling trees.