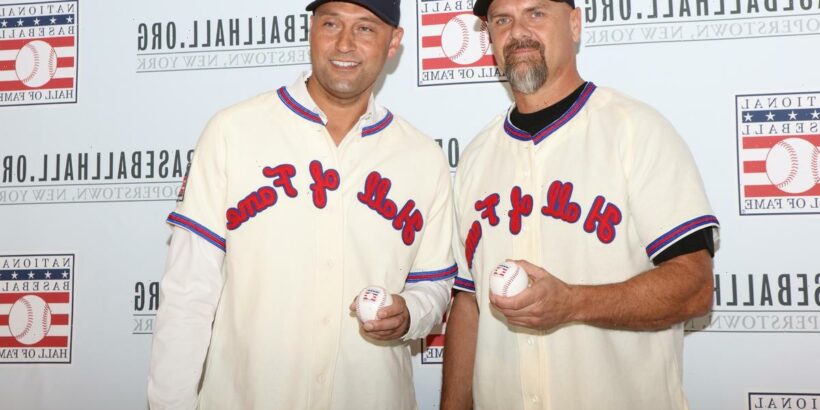 The first Baseball Hall of Fame induction ceremony in nearly two years has been postponed to September to allow a limited amount of fans at the outdoor ceremony. The Wednesday announcement revises a decision made earlier this year by the National Baseball Hall of Fame, which originally said no guests would be allowed to attend this year’s induction ceremony due to state COVID-19 protocols.

“We are thrilled to be able to welcome our Hall of Famers – the living legends – and fans back to Cooperstown to celebrate the Induction of the Class of 2020,” Jane Forbes Clark, Chairman of the National Baseball Hall of Fame and Museum, said in a statement announcing the decision. “Returning the Induction Ceremony to an outdoor event will provide the baseball community with the opportunity to visit Cooperstown and celebrate the Induction of four of the game’s Greats.”

In February of this year, Clark said that the Hall of Fame would hold the event on July 25 — but added that due to “the continuing uncertainties created by COVID-19,” it would change the location of the event from Clark Sports Center to an indoor venue without fans.

The ceremony is now scheduled to take place September 8 at the Clark Sports Center, where it has been held since 1992. The 2020 Hall of Fame members — Derek Jeter, Larry Walker, Marvin Miller and Ted Simmons — will be honored at the event. The Annual Awards Presentation will be shown indoors on television only on July 24, but winners will later be recognized at September’s ceremony as well.

Instead of the event’s usual open seating, “a limited number of tickets will be made available to fans,” according to the Hall of Fame. Lawn tickets will still be free, but seating areas will be separated based on vaccination status.

“Planning continues to be adapted to guidelines set forth by the Centers for Disease Control and the State of New York,” the Hall of Fame said.

In 2020, the induction ceremony was cancelled for the first time since 1960 due to COVID-19 concerns. There were no candidates chosen for induction in 2021.

Estimated crowds in recent years have regularly exceeded 50,000 people, with 2019 having the second-largest crowd on record with an estimated 55,000 guests, the Hall of Fame said.