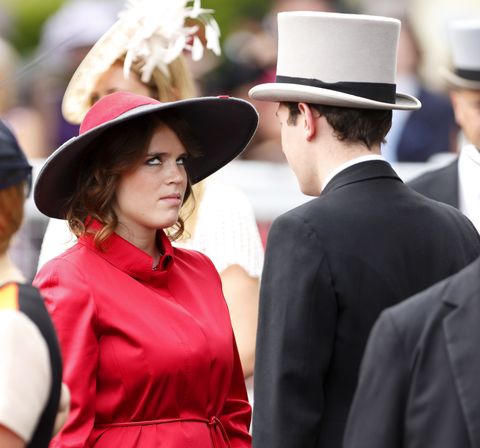 In highly awkward news, the BBC has reportedly turned down a chance to broadcast Princess Eugenie’s October 12 royal wedding to Jack Brooksbank because they think it’ll be a ratings flop. Which is…kinda sad? Like, who knew the BBC could be so savage!

The Daily Mail reports that Eugenie’s dad Prince Andrew was “attempting to strike a deal with the network,” and after a series of secret meetings was told that the wedding would not make the cut for broadcast.

“From the outset the instruction from the very top was that Eugenie’s wedding must be televised,” a source tells The Daily Mail. “The BBC was approached because they have a special relationship with Buckingham Palace and a formula that works. But they turned it down because they don’t think enough people will tune in and that there isn’t enough support for the Yorks.”

So, how does the Palace feel about this snub? NOT GREAT.

“The feeling at the Palace is that the BBC has dropped the ball,” the source continues. “At the end of the day this is going to be a huge Royal Wedding, with all the senior members of the Royal Family in attendance. But nobody wants to take the risk and spend the money it would cost to put it on air.”

Apparently, ITV could come to the rescue and air the wedding in England, but womp.