A three-year-old boy has been remembered as a "beautiful angel" after he died in an apartment fire at a public housing building in Fitzroy North.

Isaiah Akot was rushed to hospital after the blaze broke out in the third-storey apartment on Saturday. 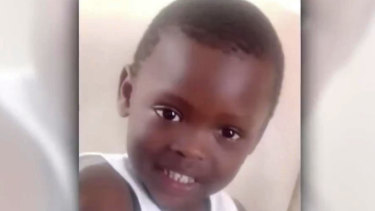 Isaiah Akot died in an apartment fire in Fitzroy North on Saturday.Credit:Nine News

He died soon after arriving at hospital.

On Sunday, bunches of flowers were left outside the building by neighbours and locals as loved ones paid tribute to the boy on social media.

"We'll always keep you in our heart," one wrote. "Rest in peace beautiful angel." 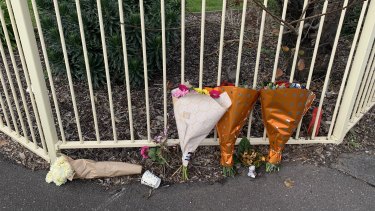 Another said: "Our lives and our hearts won't be the same anymore."

Mary Akoom told Nine News her son and Isaiah used to play together and she was in disbelief after the tragedy.

Kevin Georgiadis, 52, tried to help the boy, telling The Age on Saturday he heard screaming outside the building just after midday and rushed outside to find a woman carrying a newborn, telling a crowd of onlookers that another boy was still inside her flat. 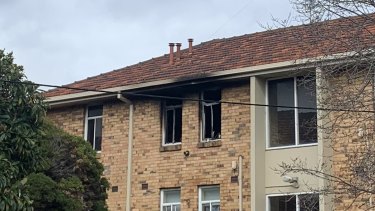 The fire broke out in an apartment on the third floor. Credit:Simone Fox Koob

"When I got in there it was just black. As soon as I got in there, [the fire] started to pop off … I went in as far as the kitchen and the lounge room. I couldn’t go any further."

Mr Georgiadis, who suffers from emphysema, said he then ran back downstairs because he was struggling with smoke inhalation and told firefighters he believed there was another child in the apartment.

He told Nine News on Sunday that Isaiah was a "beautiful boy". 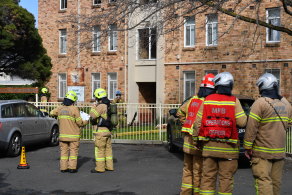 A child has died after a fire at a low-rise housing commission building on Saturday.Credit:Joe Armao

Firefighters were on scene four minutes after the alarm was raised. They also rescued a man from an upper-storey window ledge, who was calling for help as firefighters searched the rest of the building for trapped residents.

The man was brought down to ground level using a nine-metre ladder. No one else was injured.

A 25-year-old was also treated for smoke inhalation. 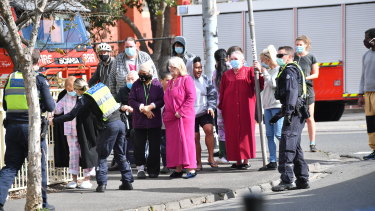 Residents were forced to flee the building after the third-storey apartment blaze.Credit:Joe Armao

Witnesses drawn to the scene by the wailing sirens and thick smoke had their personal details taken for contact tracing purposes before they were asked to disperse.