Royal watchers have been treated to a host of family portraits from the European royals this summer – and the Belgian King and Queen are the latest to join the trend.

King Philippe and Queen Mathilde have posed for a series of official portraits to mark five years since they ascended the throne.

Saturday 21 July is exactly five years since Philippe, 58, was crowned the seventh king of Belgium with Mathilde, 45, Queen by marriage.

Following the abdication of his father, King Albert, Prince Philippe was sworn in before the combined chambers of parliament on 21 July 2013 as the seventh King of the Belgians. 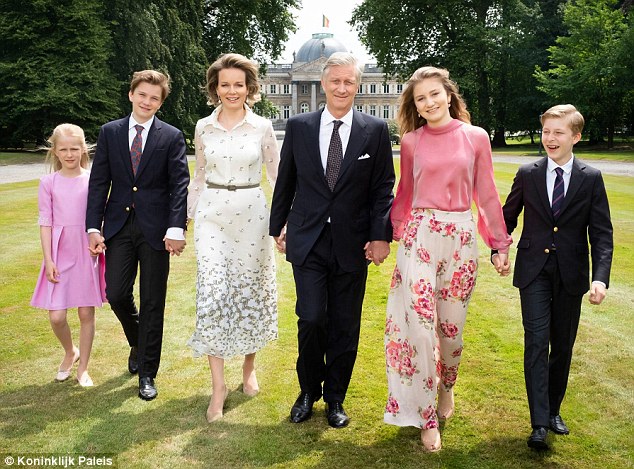 In the colourful new shots the royal couple pose individually as well as alongside their children to commemorate the occasion.

In one shot Mathilde and Philippe put on a romantic display as they pose together in the royal palace.

The Queen looks elegant in a pearlescent pink dress while the king looks typically dapper in a navy suit.

In a second shot the monarch stands alone against a black background wearing a purple sash representative of the Order of Leopold. 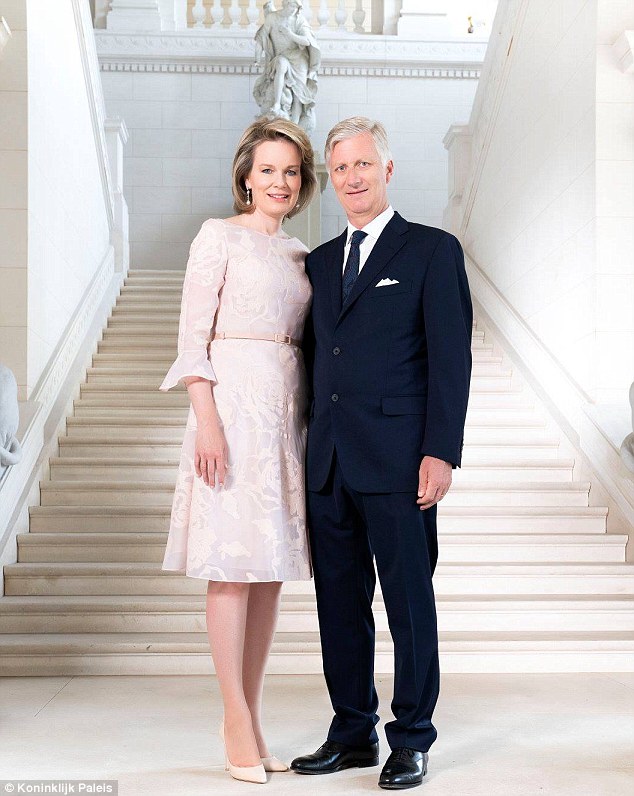 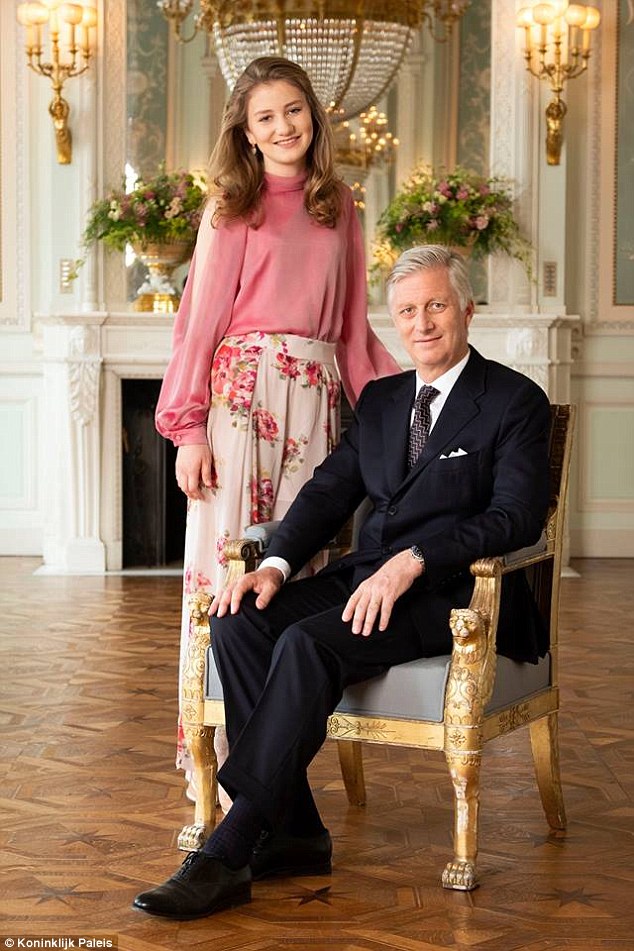 Princess Elisabeth, the heir apparent, poses with the king in this touching portrait

In the next portrait he is joined by his eldest daughter and first in-line to the Belgian throne Princess Elisabeth, Duchess of Brabant.

The 16-year-old proves herself to be all grown up  as she poses in a sopshisticated rose blouse and floral printed skirt, standing behind her father who is seated for the photograph.

In the final shot the family-of-six including Princes Gabriel and Emmanuel and Princess Eléonore, assemble in the grounds of the palace holding hands for a touching group shot.

Saturday will see the royals celebrate the anniversary with Belgium’s National Day. 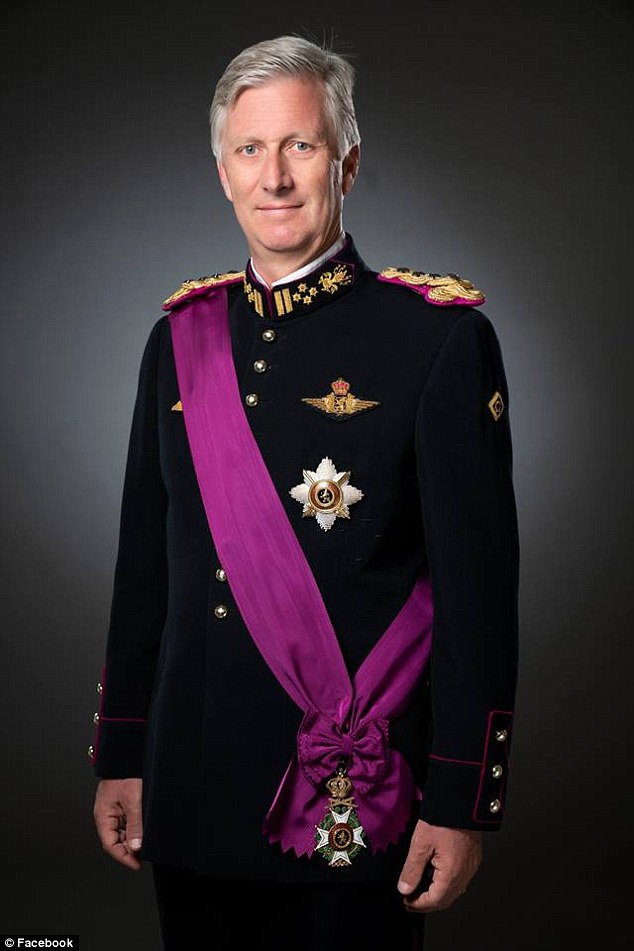 It will be a varied programme of festivities, from the Place du Jeu de Balle to Brussels Park, taking in the various districts of Brussels for National Day.

Between the Parc de Bruxelles (Warandepark) and the Place Poelaert, numerous activities and free parades will take place, including the military and civil parade, sports courses, concerts, performances, military tanks and aircraft, a police village, a European village.

The national holiday ends with a fireworks at 11 pm. The spectators are welcome at the Place des Palais.

Independence Day celebrates the separation of Belgium from the Netherlands in 1831, as well as the formal establishment of the Kingdom.